Oct 26, 2017 10:39 AM PHT
Jee Y. Geronimo
Facebook Twitter Copy URL
Copied
Dr Jacquiline Romero, a researcher at the University of Queensland in Australia, is recognized as an Australian Fellow of the prestigious L'Oréal-UNESCO For Women in Science Fellowship for her work on quantum alphabets 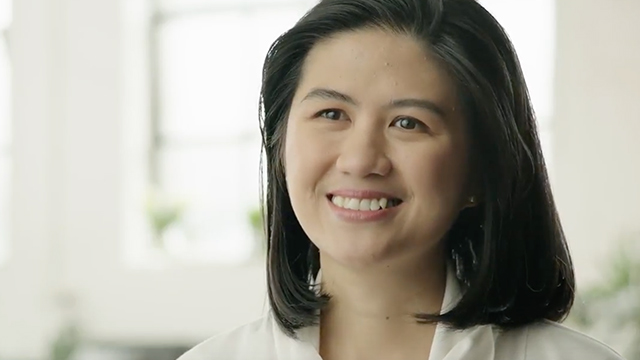 MANILA, Philippines – A Filipina physicist was recently named an Australian Fellow of the prestigious L’Oréal-UNESCO For Women in Science Fellowship.

Dr Jacquiline Romero, a researcher at the University of Queensland in Australia, bagged the fellowship for her work on quantum alphabets.

“Jacq’s research lies within the mysterious world of quantum physics and the intriguing theory of entanglement – that information is shared between particles regardless of how far apart they are (even existing at opposite sides of the universe),” For Women in Science said in a short profile posted on their website on Tuesday, October 24.

According to the post, Romero’s work will provide the “first experimental evidence to an existing theory to verify the fundamental differences in the way information works for larger quantum alphabets, compared to the classical encoding system we use today.”

The Department of Science and Technology-Science Education Institute (DOST-SEI) also announced Romero’s fellowship on Wednesday, October 25. Romero was a DOST-SEI scholar-graduate and a University of the Philippines alumna.

“Romero was chosen for her work on quantum alphabets where she unraveled key information in quantum science. With still so much to explore in the field, her work is anticipated to make a huge contribution to its further development and utilization,” the DOST-SEI said in a statement.

Romero made headlines in 2015 when she, along with a research team at the University of Glasgow, discovered a method to slow down light particles in free space.

“Quantum physics may still be an enigma to most but its influence is not isolated from the knowledge and technology-driven world we have today. Thanks to the efforts of scientists like Dr. Jacquiline Romero, we may soon utilize the untapped potential of the quantum world,” she said.

The DOST-SEI said that Romero, a mother of 3 kids, considers the prestigious fellowship an opportunity to “bring this story that mothers can also succeed in science.”

Romero believes the award will help her accelerate her research.

“By exploring high dimensional quantum physics, I believe that I will be able to unlock a new physics of information that is currently unknown to us,” the DOST-SEI quoted Romero as saying.

Aside from Romero, 4 other women researchers from Australia and New Zealand bagged the prestigious fellowship. Each Fellow will receive $25,000 for a one year project.

Since it was launched in 2007, the L’Oréal-UNESCO for Women in Science Australia and New Zealand Fellowships have recognized 31 outstanding local scientists and supported them to continue their research.

It is part of the global L’Oreal-UNESCO For Women in Science program, which recognizes leading women scientists worldwide. – Rappler.com