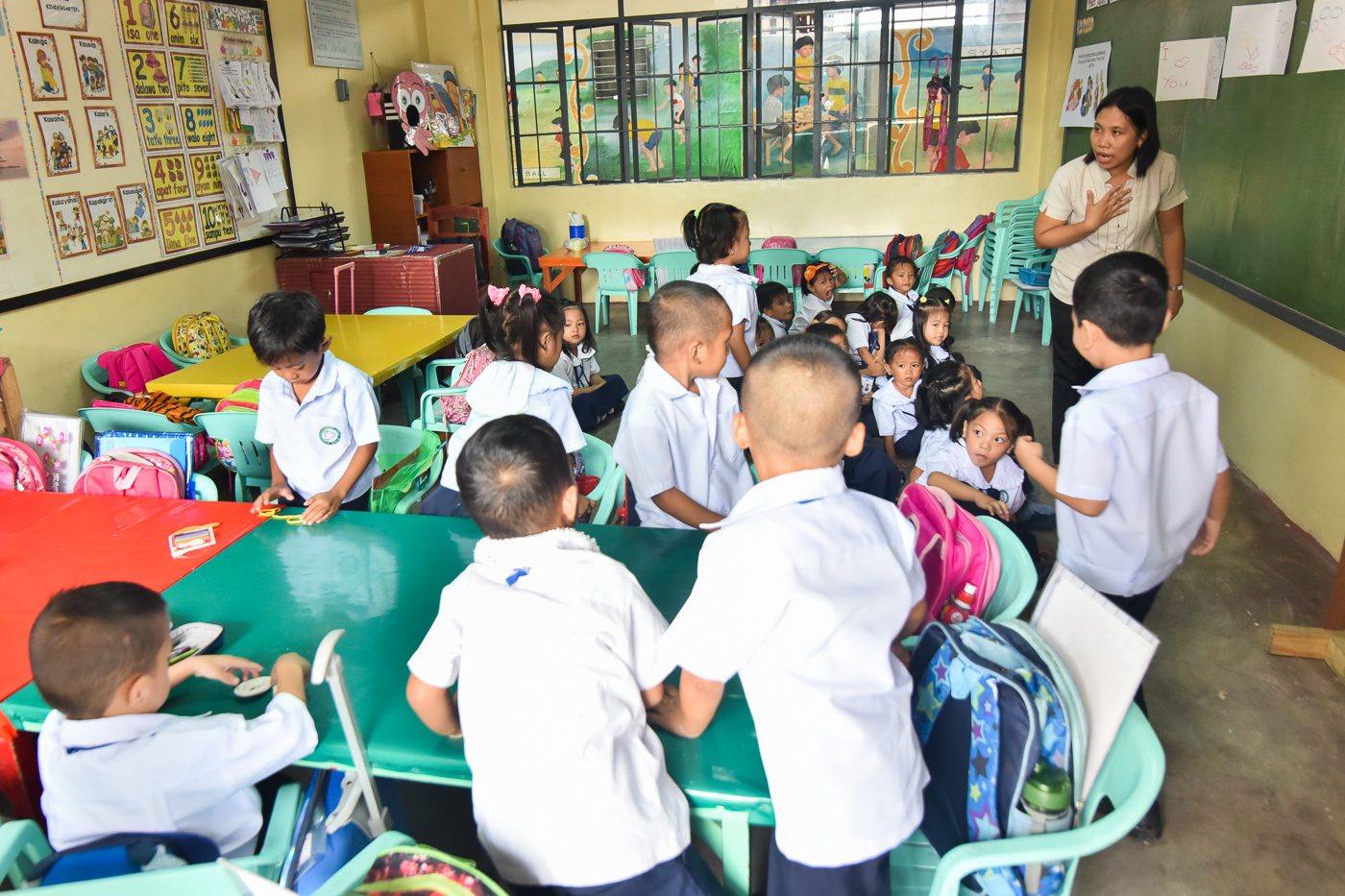 MANILA, Philippines – Teachers who received a net take-home pay (NTHP) below P4,000 will have their salaries restored by the Department of Education (DepEd) on Monday, October 30.

The DepEd gave this assurance to teachers whose NTHP for October fell way below the mandated amount because of deductions for their payment of Government Service Insurance System (GSIS) and Home Development Mutual Fund (Pag-IBIG Fund) loans.

In a statement released on Monday, the DepEd said Finance Undersecretary Victoria Catibog advised that teachers can expect the remainder of their salaries deposited in their respective payroll bank accounts. (READ: DepEd assures teachers of P4,000 pay even with loan deductions)

“The department prioritized the reinstatement as part of its commitment to ensure that teachers and personnel will receive no less than P4,000 for their NTHP as mandated by DepEd Order Number 55, series of 2017 entitled ‘Revised Guidelines on the Implementation of P4,000 Net Take Home Pay for the Department of Education Personnel,’ signed by Education Secretary Leonor Magtolis Briones,” reads the statement.

Several teachers had received a salary below P4,000 after Briones signed DepEd Order No. 38, series of 2017 in July, which gave the go signal for GSIS and Pag-IBIG Fund loan payments to be deducted from teachers’ salaries.

Teachers, who Briones said need to be more mindful of their finances, already owe P123 billion worth of loans to the GSIS. They also owe private lending institutions around P178 billion as of December 2016.

Teachers’ Dignity Coalition had cried foul over DepEd Order No. 38, saying it would be “unimaginable” for teachers and their families to survive on an even lower salary.

That prompted Briones to sign DepEd Order No. 55, which guaranteed that teachers would receive no less than P4,000 for their NTHP even if payments for their loans will be deducted from their salaries.

Despite the new order, however, ACT Teachers Representatives France Castro and Antonio Tinio filed a resolution 3 days ago urging the House of Representatives to probe the legality of DepEd Order No. 38. The House has yet to act on this resolution. – Rappler.com