A video posted by RTVM showed Duterte and Avanceña meeting the royal couple at the Tokyo Imperial Palace on the second day of the Philippine leader’s official visit to Japan.

Duterte, clad in a suit, appeared more proper and restrained during the brief meeting. There was no rolling of the sleeves or chewing of gum as he had been known to do in other events with foreign dignitaries.

Avanceña wore a white dress of piña with embroidery.

The two were met at the palace entrance by Emperor Akihito and Empress Michiko. Afterwards, the two couples walked to a room. 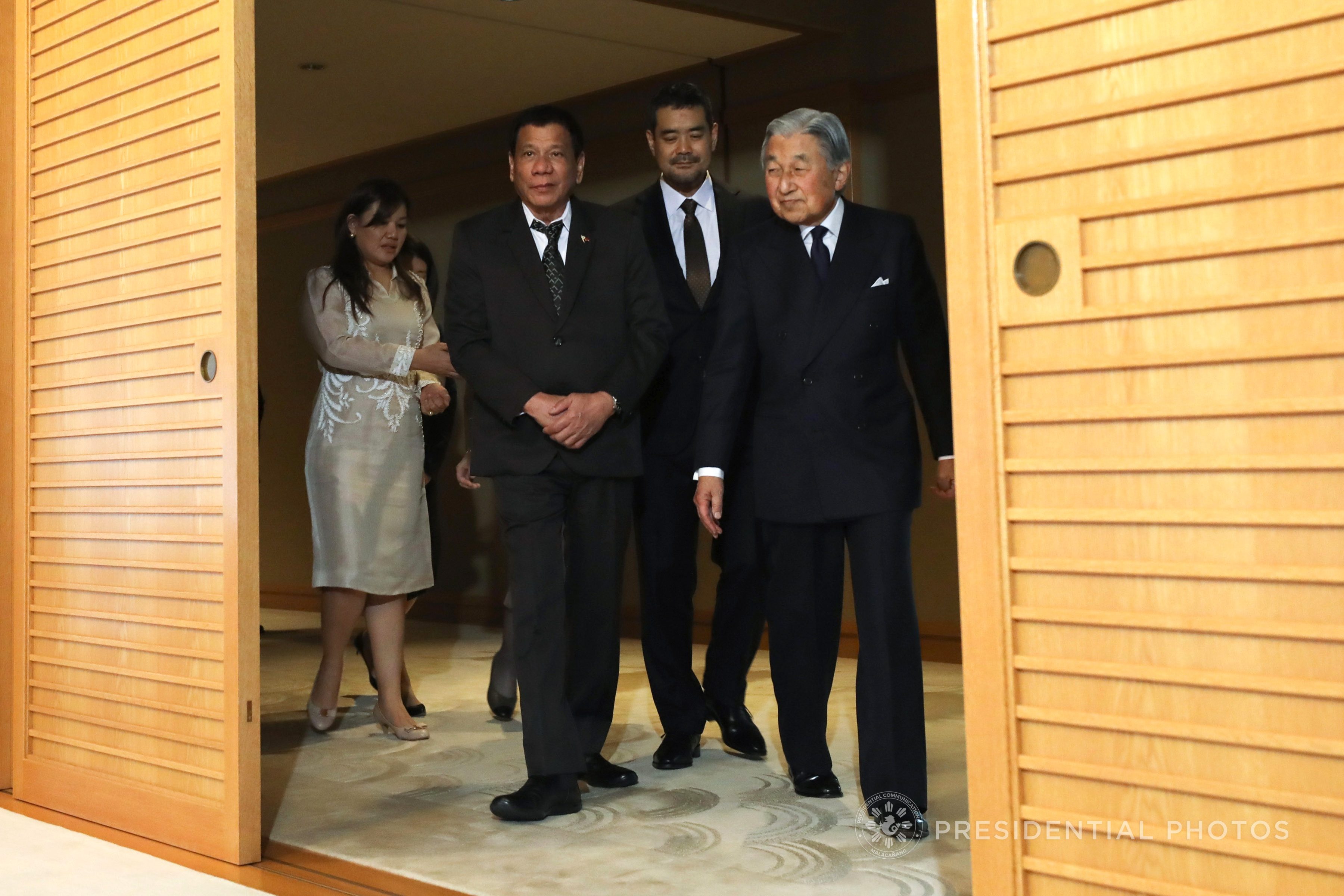 The two men waited for the women to take their seats.

Duterte could be heard in the video telling Emperor Akihito that he was “happy” to finally meet him.

The Philippine president was supposed to meet the royal couple in October 2016 during his first visit to Japan. But this meeting was canceled because the Emperor’s uncle, Prince Mikasa, passed away that day. 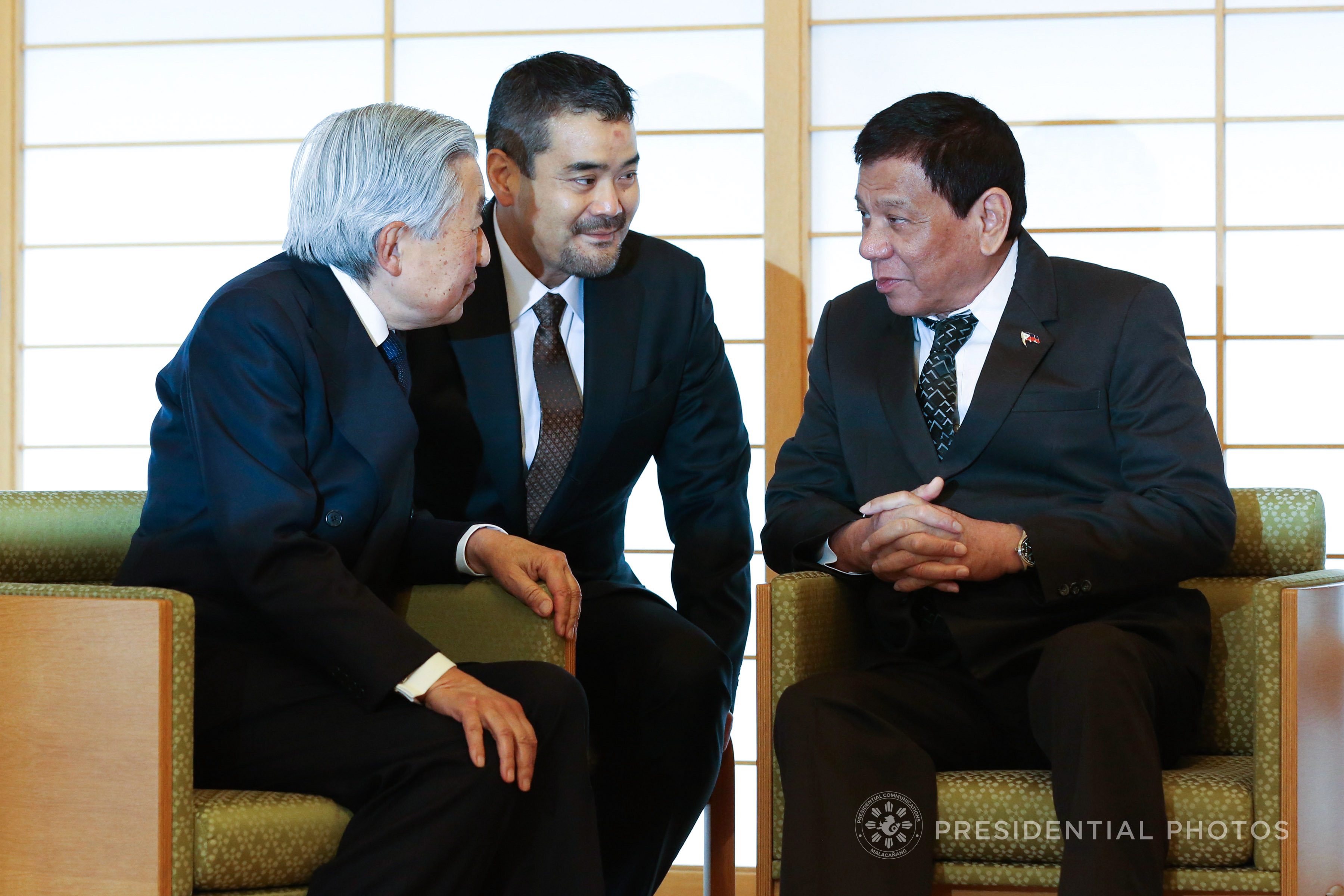 In a pre-departure briefing in Davao City on Sunday, October 29, Duterte acknowledged he would have to restrain his colorful language when he finally meets the royal couple.

“It is a kind of honor to see the Emperor before he abdicates…. Before he steps down, he wanted to see the leaders. The last time, I wasn’t able to do it,” Duterte said.

Duterte’s meeting with Japan’s beloved royal couple was his last official activity in Tokyo before flying back to the Philippines on Tuesday night. – Rappler.com