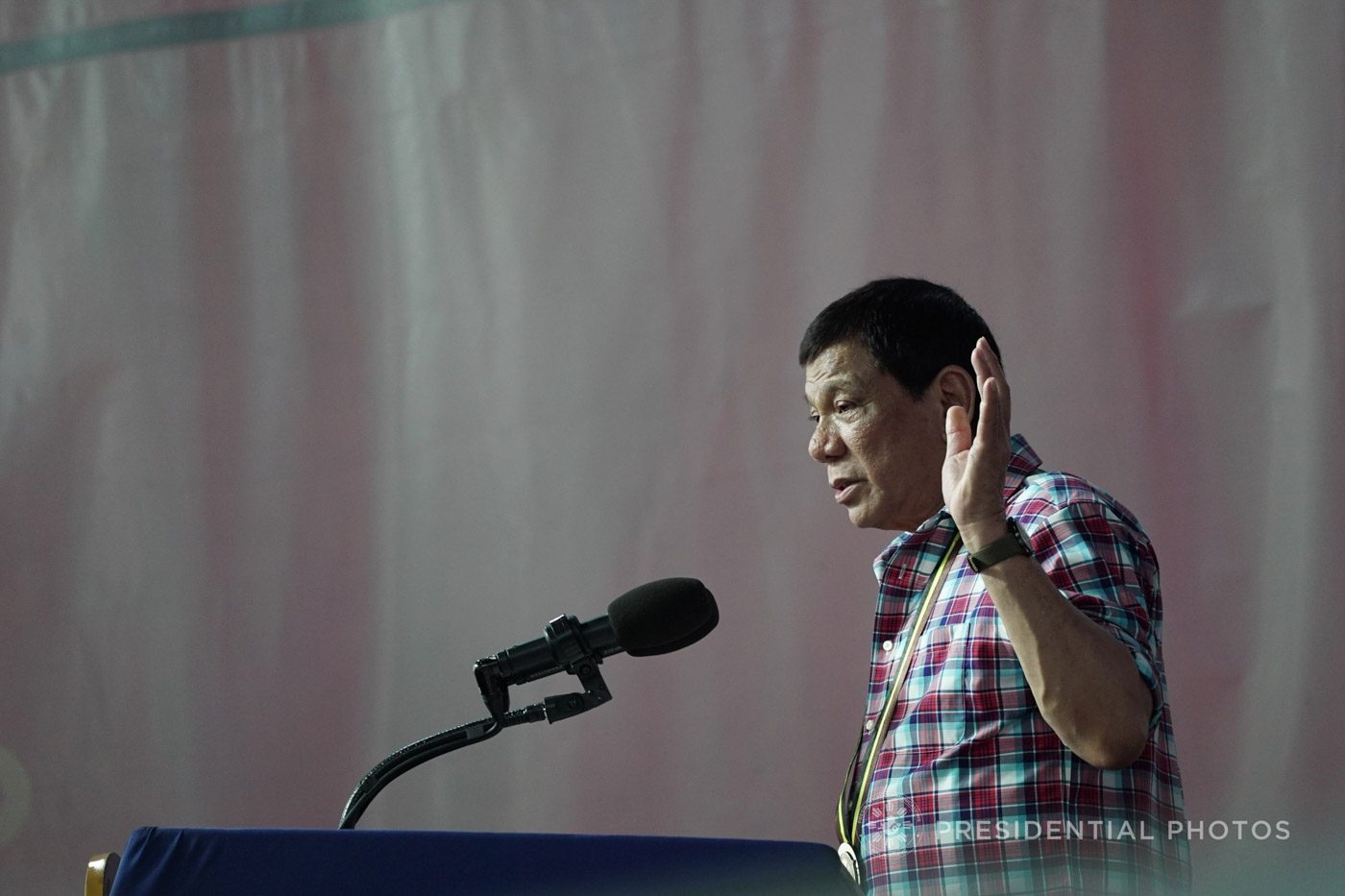 Facebook Twitter Copy URL
Copied
Only 35% of Filipinos expect President Rodrigo Duterte to fulfill 'all' or 'most' of his promises. Declines are recorded across areas, socioeconomic classes, and age groups.

MANILA, Philippines – The number of Filipinos who expect President Rodrigo Duterte to fulfill his promises dropped to just 35% in a Social Weather Stations (SWS) survey conducted from September 23 to 27.

The SWS said double-digit declines in all areas contributed to the 17-point overall drop in those saying Duterte can fulfill “all” or “most” of his promises.

Below is the breakdown per area:

In terms of socioeconomic class, declines were recorded as well, especially among the poor:

Both men & women, all age groups

The declines were also reflected in the figures for both men and women:

The survey was conducted through face-to-face interviews with 1,500 adults nationwide – 600 in Balance Luzon and 300 each in Metro Manila, the Visayas, and Mindanao.

The sampling error margins are ±3% for national percentages, ±4% for Balance Luzon, and ±6% each for Metro Manila, the Visayas, and Mindanao. – Rappler.com