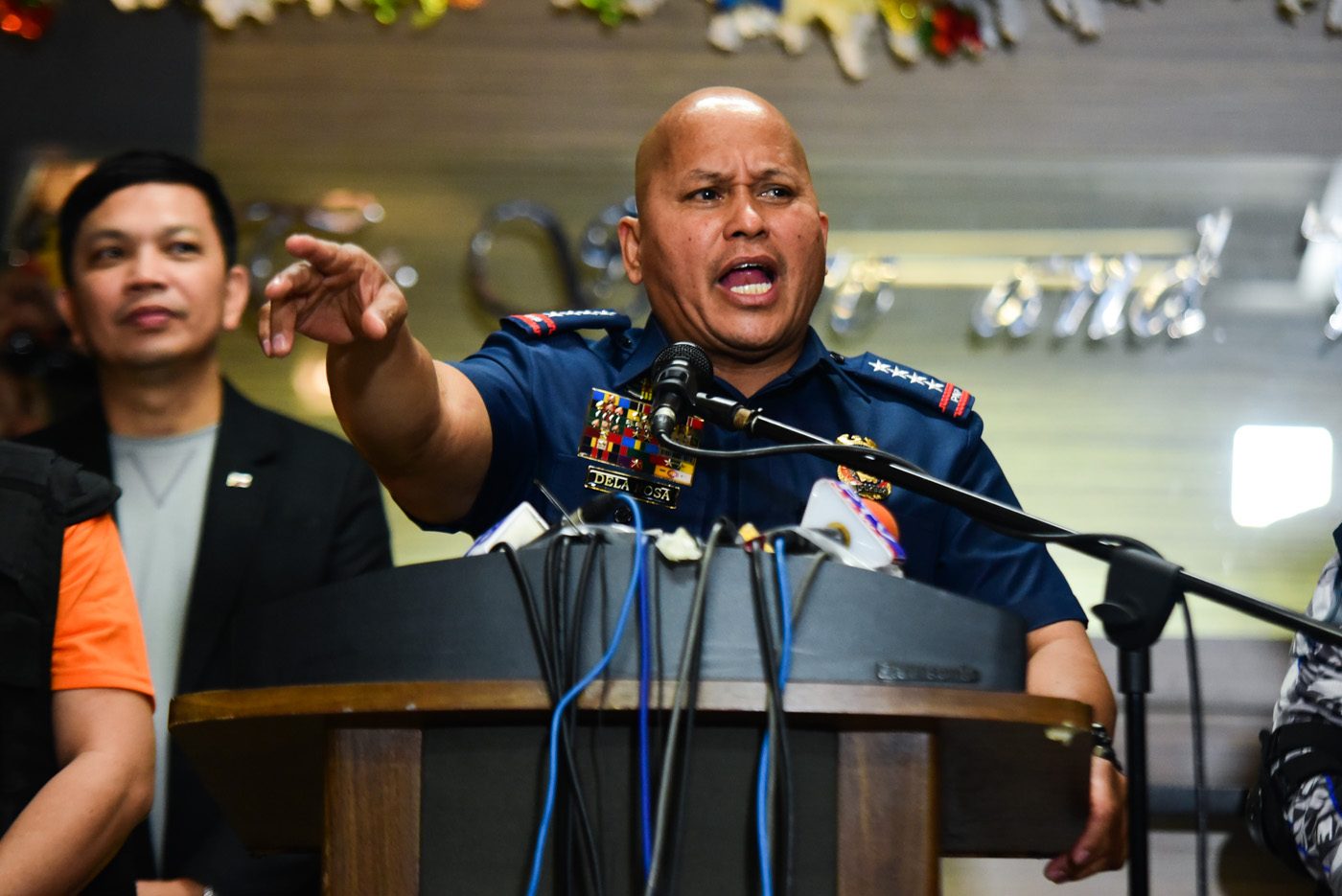 Facebook Twitter Copy URL
Copied
In the wake of the death of a 14-year-old boy due to suspected riding-in-tandem assailants, the PNP chief urges the public to look at the 'bigger picture'

(There are many who shoot, there are many who are killed. Now, we’re conducting operations against riding-in-tandem shooters. We’ve killed and caught a lot. Then another incident happens. It’s just another case.)

Dela Rosa urged the public to look at the “bigger picture” of riding-in-tandem shootings, instead of focusing on one death such as Salonga’s. “Sana tingnan natin ang pangkalahatan,” Dela Rosa said. (I hope we see the entirety [of the problem].)

This follows the PNP waging a war against riding-in-tandem killers, or as they call it “motorcycle-riding suspects”, after President Rodrigo Duterte took the war on drugs out of their hands. (READ: PNP’s next target: ‘Riding-in-tandem’ shooters)

Dela Rosa nonetheless admitted that “one life [taken] is too many”, ordering cops to conduct an investigation into Salonga’s case. It is not clear, however, which unit he was directing. – Rappler.com