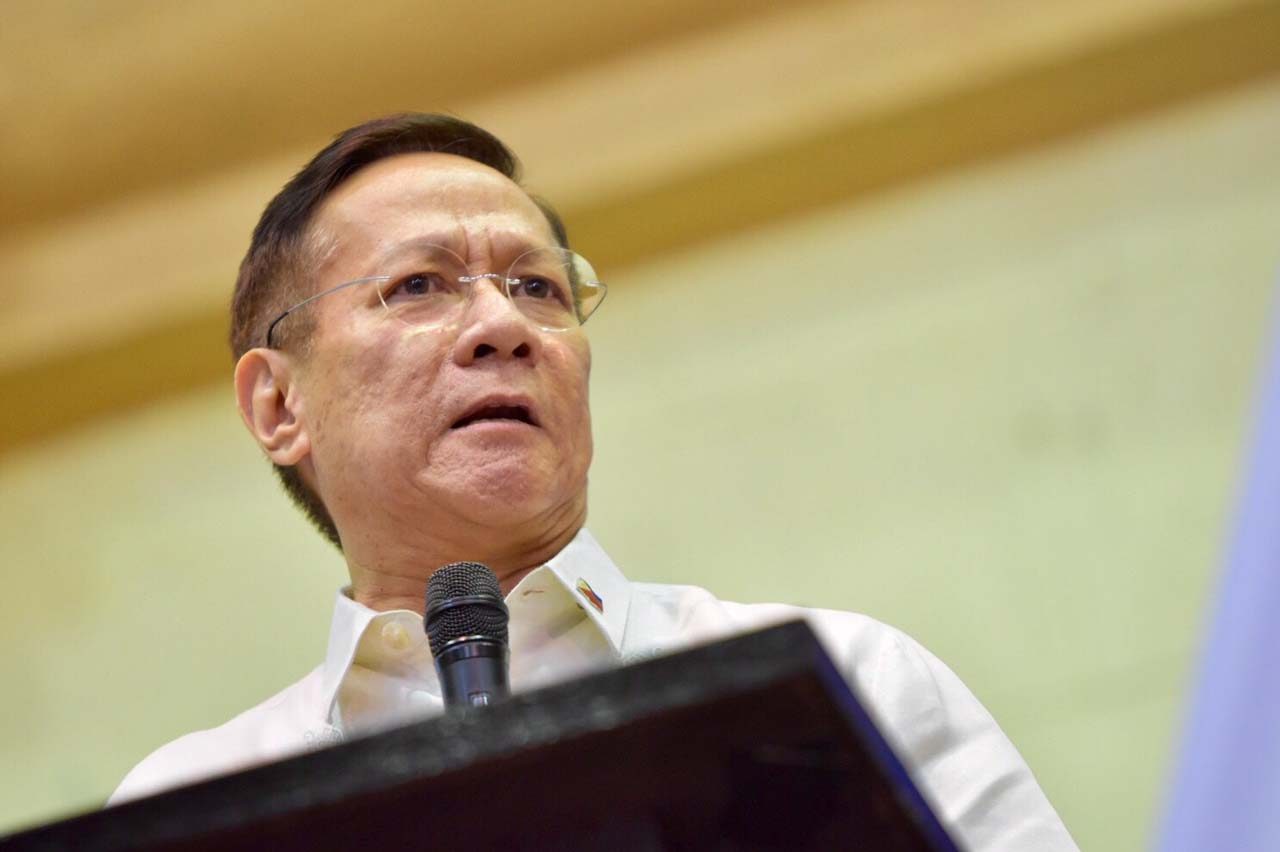 Facebook Twitter Copy URL
Copied
Secretary Francisco Duque III returns to the Department of Health: 'I am quite joyous with the fact that I’m back to where I truly belong'

MANILA, Philippines – Rehabilitating the health facilities and services in Marawi City after the war is the main priority of the Department of Heath (DOH), said its new chief Francisco Duque III.

“The DOH has to do its best to help rehabilitate Marawi in general, and in particular, the health systems of Marawi. We need to bring it back to its pre-war functionality,” Duque told reporters after a formal turnover ceremony at the DOH in Manila on Monday, November 6.

The DOH secretary, however, said the task is “not going to be easy.” Government forces clashed with homegrown terrorists led by the Maute Group in Marawi on May 23, sparking a months-long battle that destroyed the city.

The national government estimates around P50 billion will be needed to restore the city, with P2.7 billion eyed for the comprehensive reconstruction of Marawi’s health facilities. (WATCH: Marawi in 360: The Cost of War)

Duque will be flying to Marawi later this week to assess the damage himself.

For now, he said the DOH continues to provide basic medical and hygienic services, water sanitation as well as mental, psychological, and psychosocial services to the victims of the Marawi siege.

“We have manifold challenges, as I have said, in the DOH, and we have to make sure that all the health services, health programs, and projects that have been planned will be implemented and hopefully [we will be] avoiding delays, because that is one [of the things] people are frustrated about,” said Duque.

In his speech, Duque told DOH officials and employees to imbibe the performance governance system, a framework where government institutions aim to attain its long-term goals.

“We have to internalize all of these policies – isaulo, isabukambibig, isapuso, at higit sa lahat, isagawa para sa ganun mas madali nating maisusulong ang mga programa ng ating DOH (remember them, say them, learn them by heart, but most of all, do them so it will be easier for us to pursue the programs of the DOH),” said Duque.

He added the DOH must make the most out of its proposed P164.8 billion budget in 2018, hoping to bring the department back to its “golden era.”

“Maraming pera, mahirap, pero magandang problema ang maraming pera kaysa masyadong maliit [ang budget] (Having lots of money can be difficult, but it’s a good problem to have than having a meager budget)… Let’s make the most out of what we have. This is indeed a second opportunity to regain the golden era of the DOH,” said Duque.

Out with the old, in with the new

During the program, he stood beside his predecessor Paulyn Ubial, who was rejected by the Commission on Appointments on October 10. Duterte appointed Duque 16 days later.

Ubial, who had tweeted her congratulations to Duque upon his appointment, was all smiles as she handed the DOH flag to her successor on stage. Duque is no stranger to the DOH, having been appointed as the department’s head by then-president and now Pampanga 2nd District Representative Gloria Macapagal-Arroyo from June 2005 to January 2010.

Now, he is glad to be back home.

“I am quite joyous with the fact that I’m back to where I truly belong, and I belong to the Department of Health,” said Duque.