Duterte: APEC, ASEAN must help those left behind by globalization 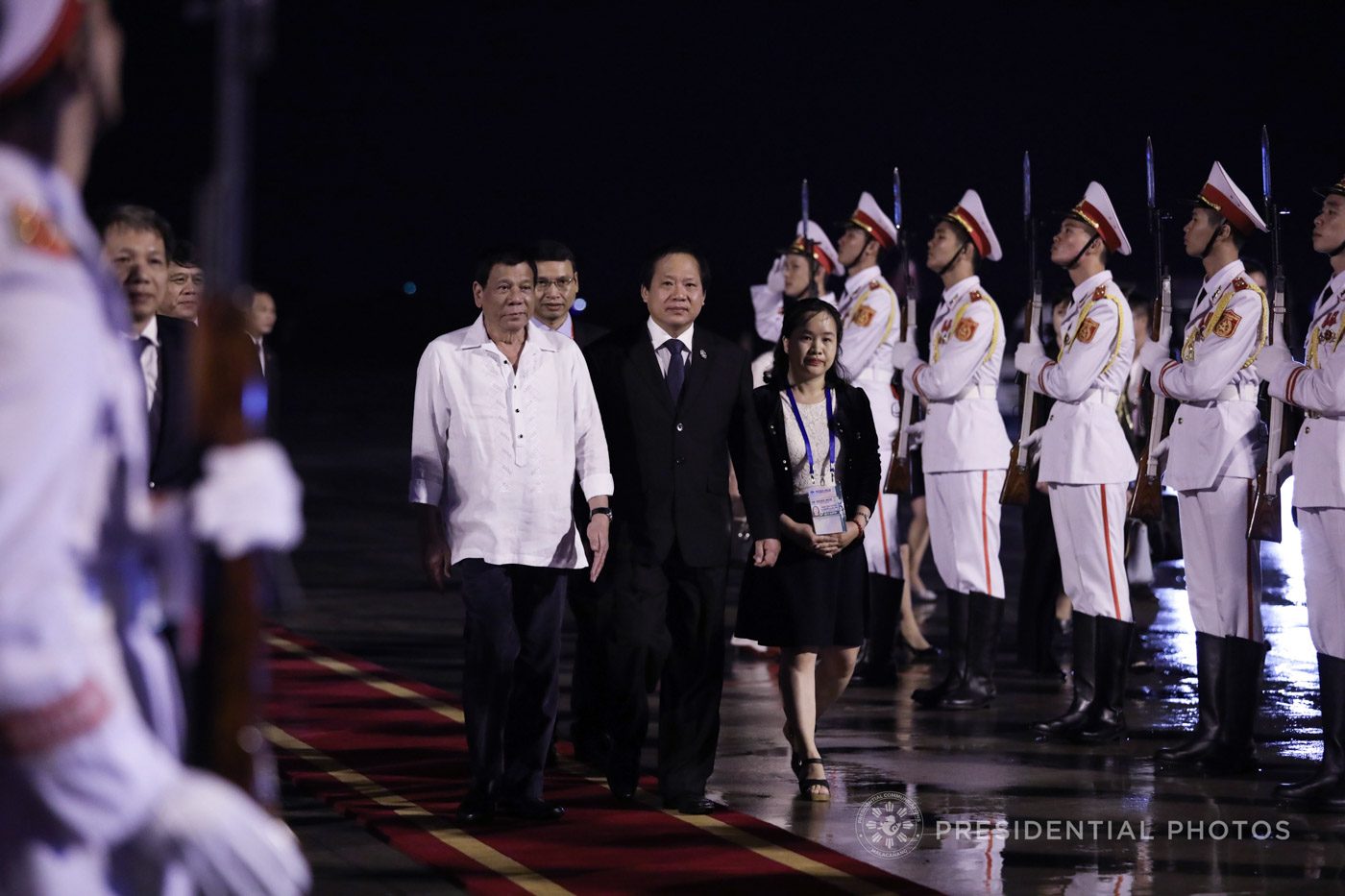 Duterte made the call at the Asia-Pacific Economic Cooperation (APEC) CEO Summit held in Da Nang, Vietnam, on Thursday, November 9. He was the event’s keynote speaker, since the Philippines is this year’s Association of Southeast Asian Nations (ASEAN) chairman. (READ: Duterte arrives in Vietnam for APEC Summit, bilateral meetings)

The Philippine leader spoke of the ills of globalization even as he praised it in his prepared speech. While globalization has been generally beneficial for the world economy, it cannot be denied there have been adverse effects as well.

“Globalization by itself is the deprivation of some and those we would call ‘left behind.’ There has to be some remedial measures,” he said, citing “democratic movements” and investing in human development as possible solutions.

“It behooves upon us really to help the other develop their capacity-building unless it is done that you have to educate also the others who are left behind,” he said.

The President made these remarks in response to a question from the audience on how APEC should address anti-globalization and anti-free trade sentiment in developed countries.

In his response, Duterte immediately identified US President Donald Trump as among those who have become disillusioned with globalization.

“America was the first victim of globalization and that is why Trump is trying to bring them back and say America first,” said Duterte.

He spoke at length of American companies taking their manufacturing operations to countries like China, taking away jobs from Americans.

“Brain drain” experienced by the Philippines, in which talented Filipinos migrate to developed countries, has also been an ill effect of globalization.

There have also been some lost opportunities for some Southeast Asian countries which export raw materials to industrialized countries where they are processed and sold as finished products for higher prices.

“We only provide the raw materials. We send it to the industrialized countries and who gets the better product?” asked Duterte.

It’s this downside of globalization “that has to be addressed and it should start here in APEC and ASEAN,” he said.

The President said he will bring up the issue “forcefully” at the 31st ASEAN Summit and Related Summits to be held in Manila from November 10 to 14.

“We have to have integration, cohesiveness, and we must act as one,” he said.

He repeated an ASEAN aspiration that the regional bloc will one day become like the European Union.

“If Europe can do it with its Union and America is starting to revive its industries, why can’t we in the ASEAN do it?” said Duterte.

Along with other APEC leaders, the President will be in Vietnam until November 11 where he will join the APEC leaders’ retreat tackling economy and trade.

He is set to have bilateral meetings with Russian President Vladimir Putin, Vietnamese President Tran Dai Quang, and Chinese President Xi Jinping on the sidelines of the APEC meeting. – Rappler.com