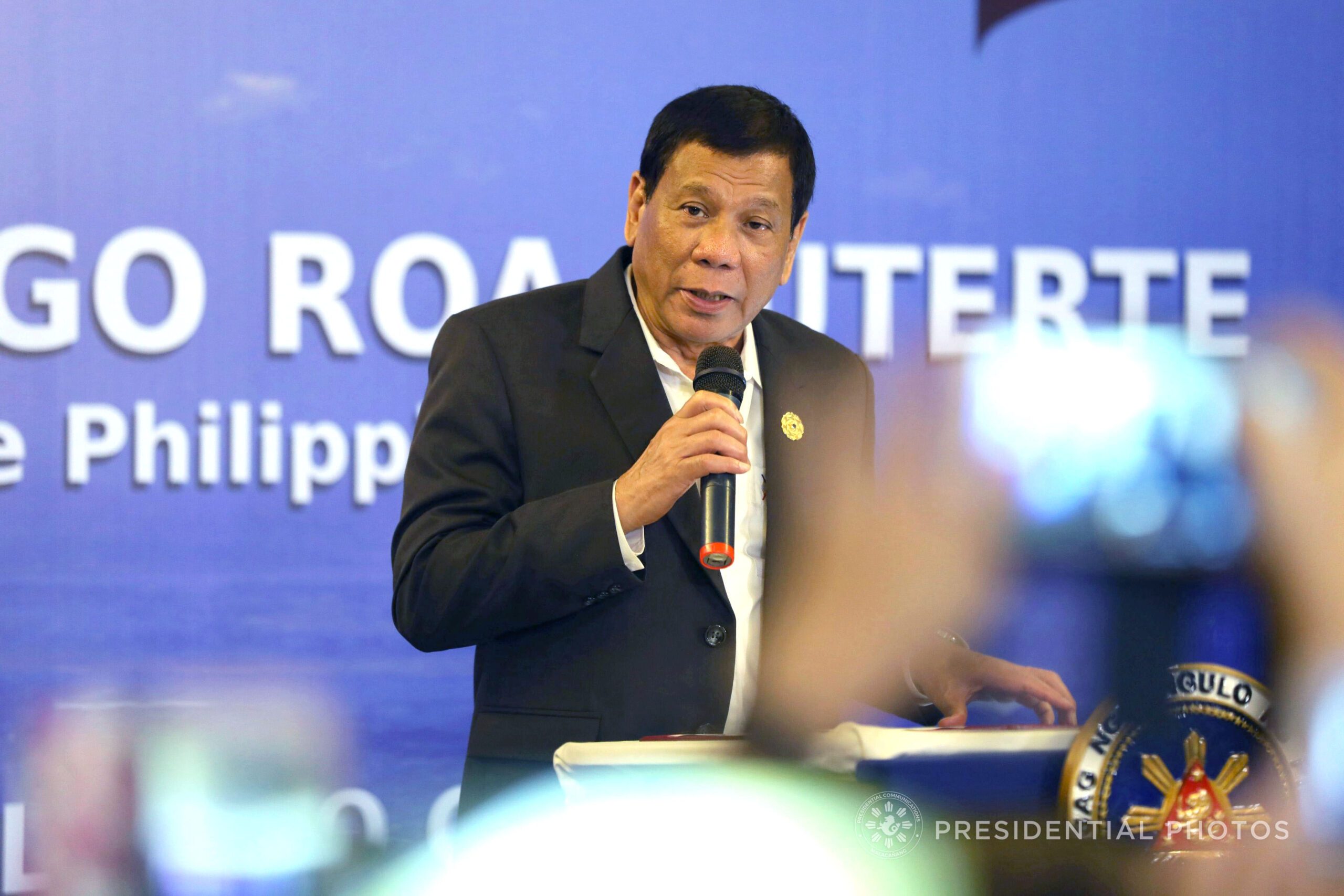 Facebook Twitter Copy URL
Copied
Just bravado or the truth? President Rodrigo Duterte claims he killed someone as a teenager.

MANILA, Philippines – To prove he’s not scared of going to jail, President Rodrigo Duterte claimed on Thursday, November 9, that he stabbed someone to death at the age of 16.

(Jail? Jeez. When I was a teenager, I was in and out of jail. One fight there, another here – at the age of 16, I killed someone.)

“Tao talaga. Rambol. Saksak. Noong 16 years old iyon, nagkatinginan lang (A person. During a fight. Stabbing. I was 16. Just because we looked at each other),” he added.

This is not the first time Duterte admitted to this act. In 2015, before he ran for president, he told Esquire magazine that he “maybe” killed a man by stabbing when he was 17 years old.

Past interviews with family members and family friends indicate that the teenage Duterte was indeed prone to picking fights and hanging out with a “tough” crowd.

Duterte, who is often more casual and prone to cracking jokes in front of a Filipino audience, said that if he can kill as a teenager, what more as a President?

(Even more so as president. You fuck with my countrymen, I won’t let you off the hook. Never mind about the human rights advocates.)

The President was in the middle of defending his drug war to the overseas Filipino workers who may have heard of the intense criticism from civil society groups, the Church, opposition politicians, media, or their fellow Filipinos.

Presidential Spokesman Harry Roque has yet to respond to media queries seeking clarification on Duterte’s claim – if it were made in jest or is a truthful account.

The President has previously made many claims of his own acts of violence.

One of these is that, as a San Beda law student, he shot a “bully” classmate and got sanctioned by school officials for it.

As mayor, he also joined in shoot-outs of police against criminals, usually hostage-takers. Duterte always emphasized that the deadly fight ensued after the criminals had been asked to surrender.

Apart from these, Duterte claims he has not personally killed anyone else. – Rappler.com