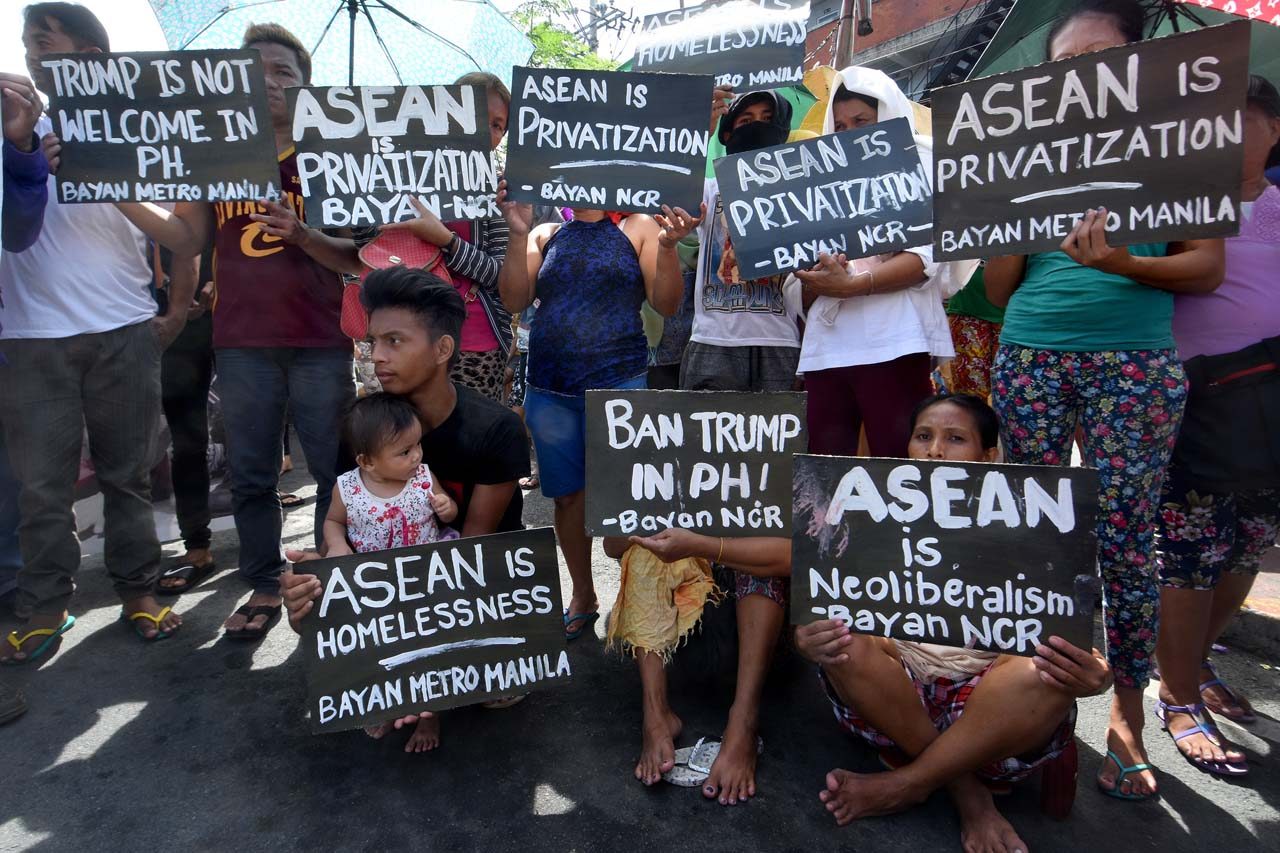 MANILA, Philippines – The Philippine Coast Guard on Friday, November 10, announced that they have monitored reports of protest groups trying to bribe Manila Bay fishermen to get them closer to restricted venues during the Association of Southeast Asian Nations (ASEAN) Summit.

They vowed to make arrests if the activity pushes through.

“As of the moment we are monitoring a convergence, and although it’s not yet confirmed whether they will be utilized in staging fluvial protests, we would like to take this opportunity to warn them,” PCG representative Lieutenant Senior Grade Jomark Angue said during a security briefing.

Asked further after the briefing, Angue told Rappler in a text message that they have confirmed that the groups wanted to stage protests.

According to Angue, they had talked to at least two Manila Bay fishermen who were approached by groups. The protesters tried to pay the fishermen to get them close to the United States Embassy, a no-protest zone a few hundred meters away from the Philippine International Convention Center (PICC), the main venue for the 31st ASEAN Summit.

Angue warned the groups that the boats of fishermen were not built to carry passengers, much more, a group of protesters.

“These motor bangka (boats) are designed for the conduct of fishing only, and not suitable for carrying passengers,” he said in the briefing.

“Maawa po tayong lahat sa ating isasakay na pasahero (Think about the passengers who don’t know how to swim). Not all of them are swimmers and with the present weather and sea condition, as of the moment and talagang mahirap na makipagsapalaran natin ang mga bangka at maglayag sa mga gantong panahon (it will be hard to apprehend them and for them to sail especially at this weather),” he added.

Angue said that if ever the fluvial protests push through and the boats capsize, the coast guard will of course rescue the participants but arrest them just the same. “We will strictly enforce our mandate,” he said. – Rappler.com