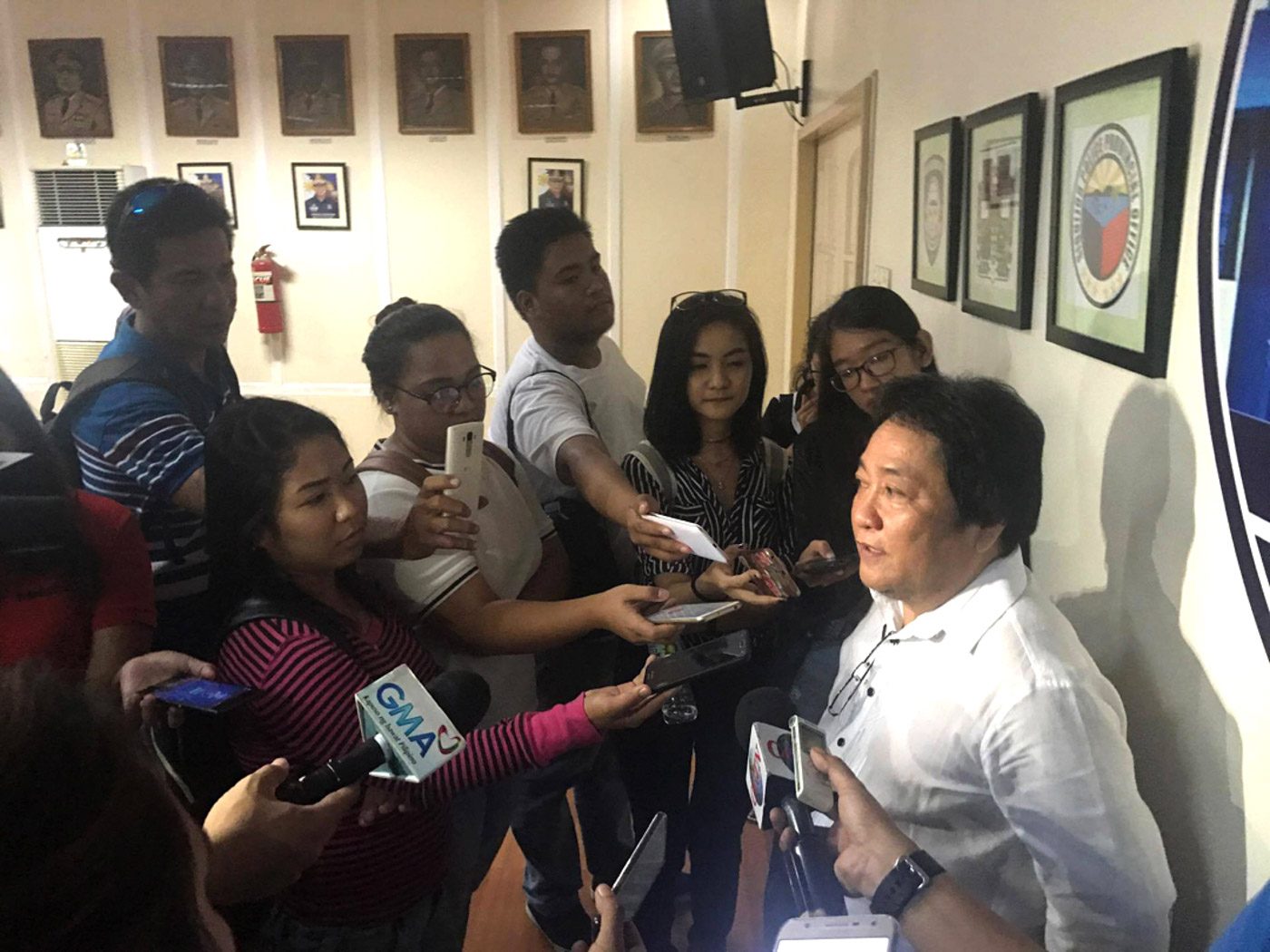 CEBU CITY, Philippines – The Cebu Federation of Beat Journalists (CFBJ), an organization composed of legitimate beat reporters in Cebu, has urged the Police Regional Office (PRO) 7 to pursue the filing of appropriate charges against the administrators and operators of a Facebook page that posted a fake bomb threat report.

Officials of the CFBJ trooped to the PRO 7 headquarters in Osmeña Boulevard Friday, November 10, for a dialogue with PRO 7 director Chief Superintendent Jose Mario Espino and to find out the status of the case promised by the regional police office against the operators of Cebu Flash Report (CFR).

On July 4, CFR posted about a bomb in Barangay Basak, Lapu Lapu City. The report posted on CFR’s Facebook page sent people near the area into panic, prompting the police to immediately deploy personnel. The reported bomb turned out to be a cassette player.

The Facebook page of CFR was down for a few weeks but has since returned. The page has more than 400,000 followers.

During the short meeting with the Cebu reporters on Friday, Espino assured them that the case will be filed soon. He tasked Chief Inspector Leo Deofiles, head of the Regional Anti-Cybercrime Office-Central Visayas, to expedite the filing of the case.

Dofiles earlier said his unit had requested the law enforcement division of Facebook to reveal the account names and the Internet Protocol (IP) address of the administrators who posted the false report that caused a bomb scare in Lapu-Lapu City.

The Anti-Cybercrime Unit has traced an address from the page but it turned out to be fake. Charges of violation of Presidential Decree 1727 or the Anti-Bomb Joke Law, may be filed against the administrator who posted the fake news.

Deofiles, however, declined to name the respondents in the case that will be filed by PRO 7, saying the names will be made public once the appropriate charges are filed.

CFBJ President Elias Baquero, senior reporter of Sunstar Cebu, said the media organization will continue to monitor the actions of the PRO 7 in filing the case against CFR.

“We are pleased to know that the case is moving and that PRO 7 will finally file criminal charges against those behind CFR. The filing of charges against CFR should serve as a warning to all people who engage in fake news,” Baquero told Rappler.

“CFR never attempted to verify the information about the alleged outbreak with my office or with the Liloan Municipal Government, prior to posting the same,” Frasco said in a statement. – Rappler.com