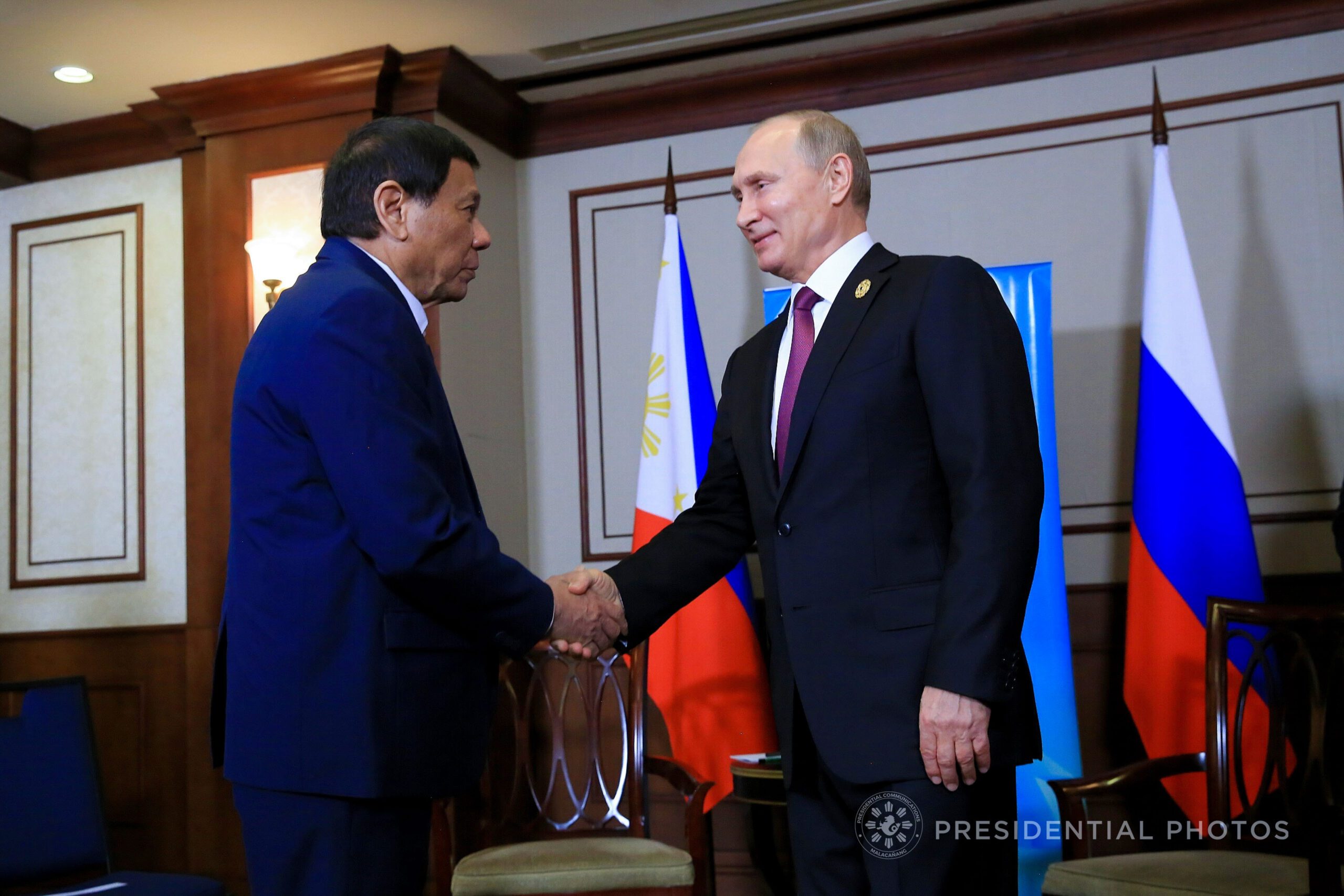 The two leaders discussed this during their bilateral meeting in Da Nang, Vietnam, on the sidelines of the Asia-Pacific Economic Cooperation (APEC) Leaders’ Summit on Friday, November 10, according to Presidential Spokesman Harry Roque Jr.

Roque said one of the specific proposals discussed during the meeting was the establishment of a repair facility for Russian ships in the Philippines.

“There’s a proposal to build a maintenance center for Russian ships in the Philippines,” Roque told reporters after the meeting.

The Philippine leader again stressed his readiness to purchase military equipment from Russia. Putin, in response, said his country is “ready to offer wide range of goods, including helicopters.”

“They want to sell at least 10 high-speed boats and other types of boats,” added Roque.

Duterte even found an opportunity to mention his bad experience with American military equipment.  According to Roque, Duterte “narrated that we had a very bad experience where the Americans sold us second-hand helicopters.”

Two of the 3 hand-me-down helicopters had already crashed, Duterte told Putin, making him decide he “will no longer purchase military hardware which are in bad condition,” said Roque.

The Russian President, who Duterte has often called his “idol” and “good friend” invited Philippine military personnel to come to Russia for training.

In view of long-term strengthening of defense cooperation, the two leaders agreed to establish a “military attache” or appoint a “special envoy” on military concerns.

Aside from defense and security, Duterte and Putin discussed how economic cooperation between their countries can be enhanced.

Roque said Putin cited Russian corporations that are interested in investing in the energy and transportation sectors in the Philippines.

“[President Putin] also says that their company that is promoting nuclear energy would like to have business dealings with the Philippines. And they have other companies in transportation, including subway, that they want to invest in,” said Roque.

There was particular interest in plans to build a light metro railway system in Baguio and La Trinidad in the Cordillera region, added the spokesman.

Russian companies are supposedly keen on exporting grain and meat to the Philippines.

The bilateral meeting also included a discussion on possible Philippine exports to Russia.

The Russians would like to import “fish, fruit, and other sea foods,” said Roque.