MANILA, Philippines – A little over 10 years ago, Gloria Macapagal Arroyo was Philippine president and chair of the Association of Southeast Asian Nations (ASEAN).

With President Rodrigo Duterte still in Vietnam on Saturday evening, November 11, a very presidential-looking Arroyo welcomed world leaders through a dinner held in her home province of Pampanga.

She was introduced in the party as “President Gloria Macapagal Arroyo” – with a grand entrance to the ballroom alongside Cambodian Prime Minister Hun Sen and Myanmar State Counselor Aung San Suu Kyi.

The 3 leaders walked together until Arroyo gave way for Hun Sen and Suu Kyi to walk ahead of her. 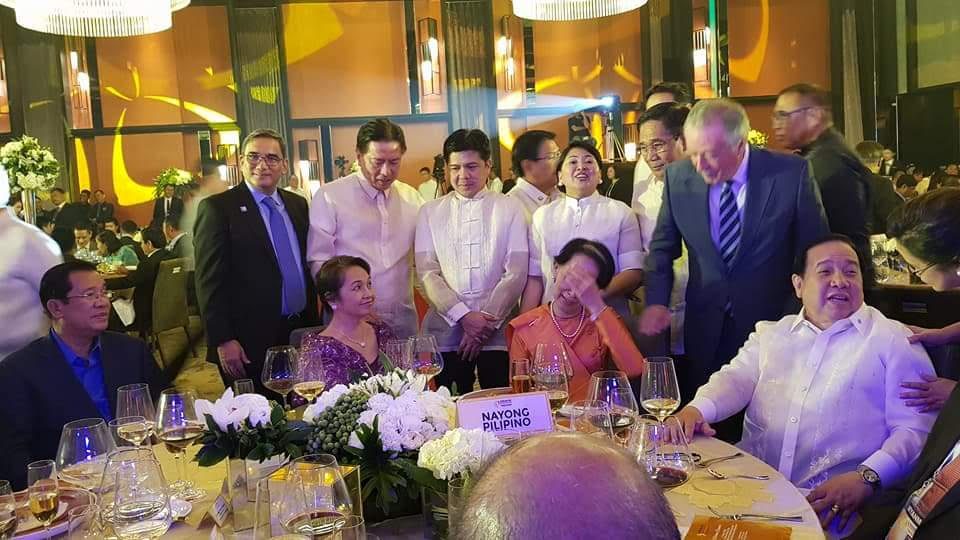 Arroyo noted some agreements that Duterte made with the leaders during his visits to Cambodia and Myanmar. 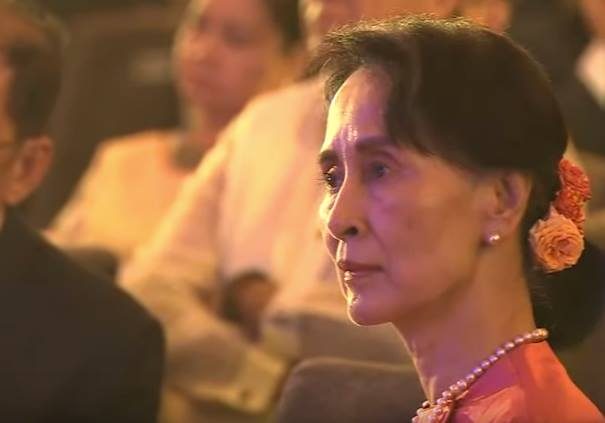 “It is an auspicious time for the Philippine-Cambodia and Philippine-Myanmar ties as we’re on the heel of celebrating the 60th anniversary of the formal establishment of our bilateral relations,” Arroyo said as a toast to the two world leaders.

The 3 of them, however, are not without controversy.

Arroyo’s rule, for one, was tainted by corruption scandals.

Hun Sen is one of Asia’s longest-running ruler, having been prime minister of Cambodia for 32 years. His rule is marred by human rights violations.

Suu Kyi, a Nobel Laureate, became Myanmar’s de facto leader through a position created for her to skirt their constitution. She has a delicate power-sharing arrangement with the Burmese army, putting her in the middle of the Rohingya crisis, and under the scrutiny of the whole world.

Organizers from Malacañang said Arroyo hosted the dinner on her own initiatives. Hun Sen and Suu Kyi were the first to arrive, their planes landing in Clark just after noon on Saturday.