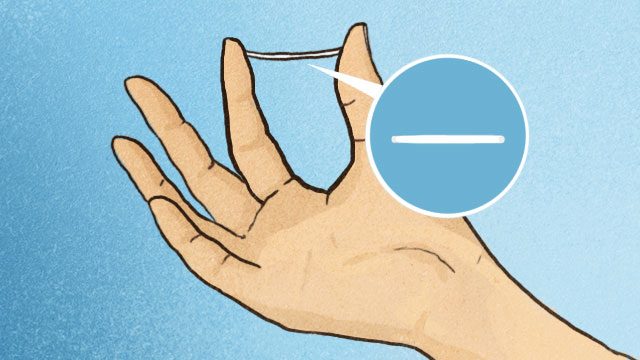 MANILA, Philippines – After two years, the Temporary Restraining Order (TRO) on contraceptive implants Implanon and Implanon NXT will be lifted after the Food and Drug Administration (FDA) ruled they are not abortifacients.

The FDA ruling was a pre-requisite in the Supreme Court’s sunset provision to lift the TRO.

“After compliance with due process and upon the promulgation of the Food and Drug Administration, the Temporary Restraining Order would be deemed lifted if the questioned drugs and devices are found not abortifacients,” the Supreme Court said on April 26, 2017.

In a resolution released on November 10, the FDA said that the “contraceptive products have been determined to be non-abortifacient.”

This is also what Chief Justice Maria Lourdes Sereno said last July after President Rodrigo Duterte criticized the High Court over the TRO.

“As soon as the FDA certifies as provided by law that they are not abortifacient, the TRO is lifted. The reason why the TRO has not been lifted yet is not with the Court but with the FDA,” Sereno said then.

The dispositive portion of the decision can be read below: 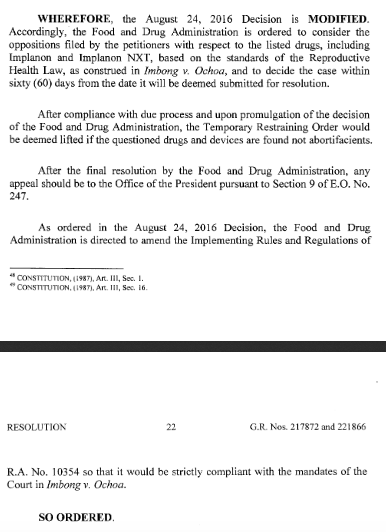 Sereno also said the TRO was only limited to Implanon and Implanon NXT.

The SC also reiterated the same in its April 2017 resolution, saying: “It never meant to enjoin the processing of the entire gamut of family planning supplies that have been declared as unquestionably non-abortifacient.”

The FDA, however, claims that the TRO has affected their function in processing certifications of other contraceptives.

They are referring to another directive of the Supreme Court to” formulate the rules and procedure in the screening, evaluation, and approval of all contraceptive drugs and devices that will be used under Republic Act No. 10354.”

The FDA and the Department of Health (DOH) had tried to fight this saying that the FDA’s mandate should not be subject to judicial review.

But the SC stressed on its power and ordered the FDA to formulate rules. It also said reiterated that the FDA should follow due process in certification of contraceptives.

“The Court is of the view that the FDA need not conduct a trial-type hearing. Indeed, due process does not require the conduct of a trial-type hearing to satisfy its requirements. All that the Constitution requires is that the FDA afford the people their right to due process of law and decide on the applications submitted by MAHs after affording the oppositors like the petitioners a genuine opportunity to present their science-based evidence,” the SC said.

There were sentiments that the delay in the process would result in the Philippines running out of stock of contraceptives.

The SC called this a “veritable attempt to sow panic.”

If oppositors intend to appeal the FDA ruling, the SC said it should be filed with the Office of the President. – Rappler.com