Sidelined at ASEAN Summit? No big deal for Robredo 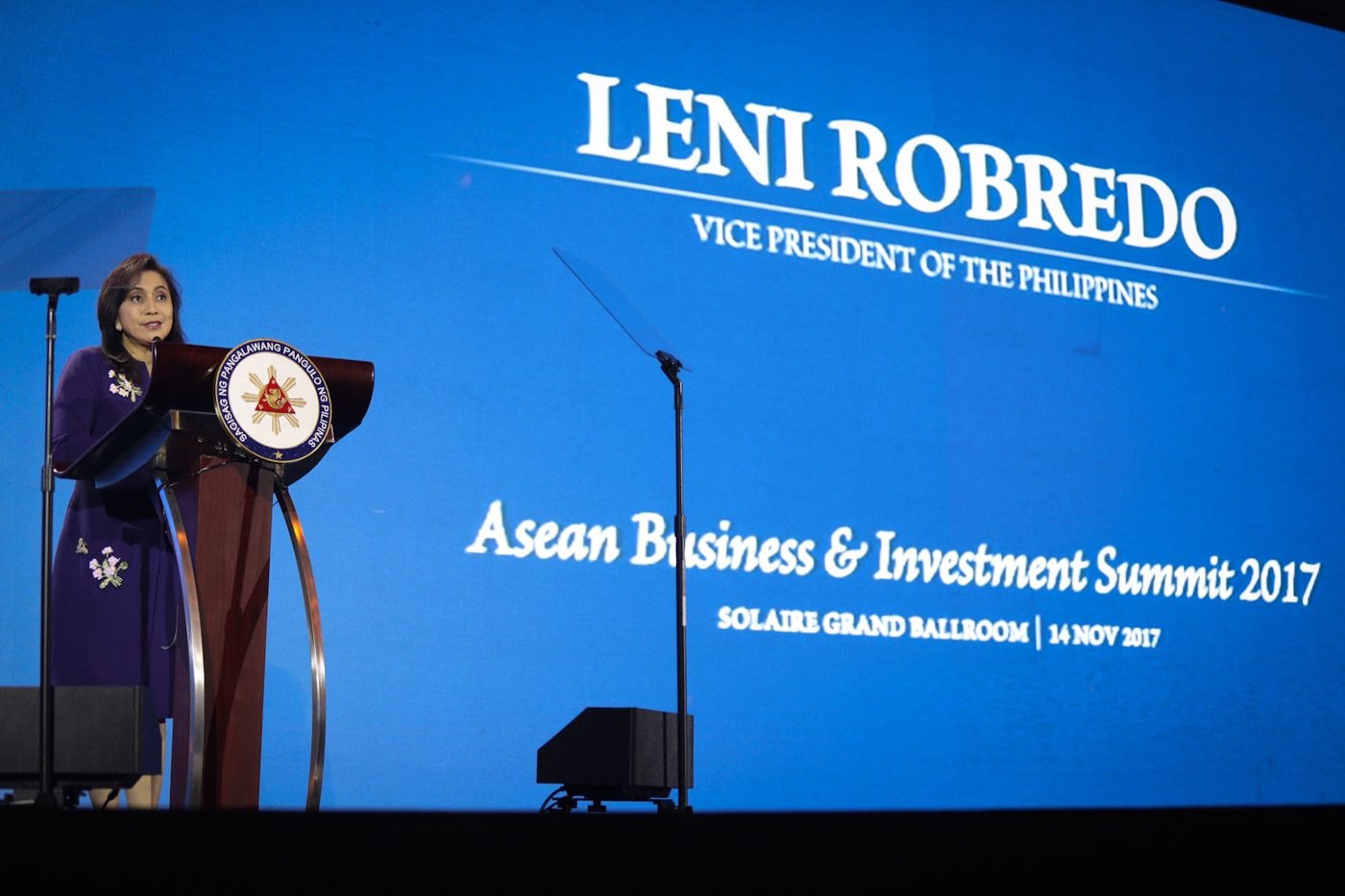 Facebook Twitter Copy URL
Copied
Despite not being invited to serve an official function, Vice President Leni Robredo believes the Philippine government was 'successful' in mounting the 31st ASEAN Summit

MANILA, Philippines – Vice President Leni Robredo shrugged off not being invited to carry out official functions during the 31st Association of Southeast Asian Nations (ASEAN) Summit and Related Summits held in Manila.

The Vice President was asked for her reaction after she was left out of the gala dinner President Rodrigo Duterte hosted for world leaders at the SMX Convention Center in Pasay City last Sunday, November 12.

“Parang ayoko naman to make a big deal out of it. Iyong sa atin nandito tayo para magtrabaho,” said Robredo, who was in Iloilo City on Wednesday, November 15, to launch her Istorya ng Pag-asa program there.

She said it was Duterte’s discretion whether or not to invite her to any of the events.

“Pero tingin ko hindi naman dapat palakihin pa (But I think we shouldn’t make a big issue out of this),” said the Vice President.

Robredo was also not invited to welcome any of the foreign leaders as they arrived in the country, even if this is a role traditionally given to past Philippine vice presidents. Members of the Duterte Cabinet welcomed the world leaders instead. (READ: Duterte admin breaks tradition, sidelines Robredo in ASEAN)

While the Vice President did not serve any official functions during the 31st ASEAN Summit, she was invited to attend the opening ceremony on Monday, November 13.

She was seen seated beside Senate President Aquilino Pimentel III, an ally of Duterte.

Robredo also delivered a keynote speech during the ASEAN Business and Investment Summit (ABIS) held at the Solaire Resort and Casino on Tuesday, November 14.

The Vice President then met with representatives of women’s business organizations in Asia on the sidelines of the ABIS.

Thumbs up to the host

The Vice President also commended Southeast Asian leaders’ signing of the ASEAN Consensus on the Protection and Promotion of the Rights of Migrant Workers during the summit.

(I think the most notable part there was yesterday’s signing of the agreement on the welfare of our overseas Filipino workers. I think it was good it happened in the Philippines because we have a huge contribution to the deployment of workers.)

(It’s also noteworthy that representatives of other countries were given an opportunity to visit the Philippines – not just for ASEAN but opportunities for tourism and business, too. That’s why I think, overall, the conduct of the ASEAN Summit was successful.) – Rappler.com