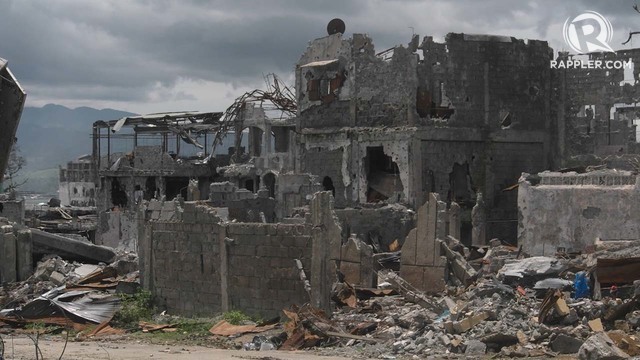 Released on Friday, November 17, the report, “Battle of Marawi: Death and destruction in the Philippines”, detailed abuses against the civilian population which “has suffered immensely” in the span of the conflict which started on May 23, 2017. (READ: TIMELINE: The ‘liberation’ of Marawi)

“Displaced en masse when the fighting began in May, thousands of people are now returning to a city that has been utterly destroyed in places, where civilians have been slaughtered by militants, and both sides have committed abuses,” Tirana Hassan, Amnesty International’s Crisis Response Director said.

At least 48 witnesses and survivors interviewed by the group in September 2017 recalled that members of the Maute Group, who pledged loyalty to the Islamic State (ISIS), committed unlawful killings, pillage, hostage-taking, and mistreatment of prisoners.

For example, witnesses recount that Christians were executed by militants either by using a pistol, a rifle, or by cutting the victim’s throat. They were usually captured in checkpoints scattered across the city as they were trying to flee. (READ: Trapped in Marawi, Muslims shield Christians from terrorists)

According to Amnesty International, these incidents of extrajudicial execution and other forms of direct targeting of civilians by militants “are clear violations of the cardinal rule of distinction in IHL and amount to war crimes.” (IN PHOTOS: Death and destruction in Banggolo, heart of Marawi)

The International Criminal Court (ICC) defines war crimes as “grave breaches of the Geneva Conventions in the context of armed conflict.” These include, among others, the use of child soldiers, killing and torturing civilians and prisoners of war, attacks against hospitals, and historical monuments.

Harm to a civilian population during conflict is only permitted “if it is a military necessity and the expected gain of attack is proportionate to the harm caused.” (READ: Marawi in 360: Inside the war zone)

But according to Amnesty International, government forces have also violated the prohibition against torture and other ill-treatment of detainees suspected to be part of the Maute Group. They also are accused of likely committing pillage and “may also have carried out disproportionate air and ground attacks.”

“Their extensive bombing of militant-held areas of Marawi city wiped out entire neighborhoods and killed civilians, highlighting the need for an investigation into its compliance with international humanitarian law,” the group added.

Some local leaders had earlier wondered whether the physical destruction from military aerial bombings could have been avoided. In October, Lanao Del Sur Provincial Crisis Management Committee spokesman Zia Alonto Adiong said that they were “against the air strikes from the very beginning.” (READ: Overkill? Some locals question Marawi shelling)

But military officials said that they were using “appropriate and commensurate force because [the Maute fighters] have the advantage of knowing [every nook and cranny] of the city”.

“We are not being irresponsible in the use of air strikes,” Army Lieutenant Colonel Emmanuel Garcia said then. “These are deliberate. These are planned.” 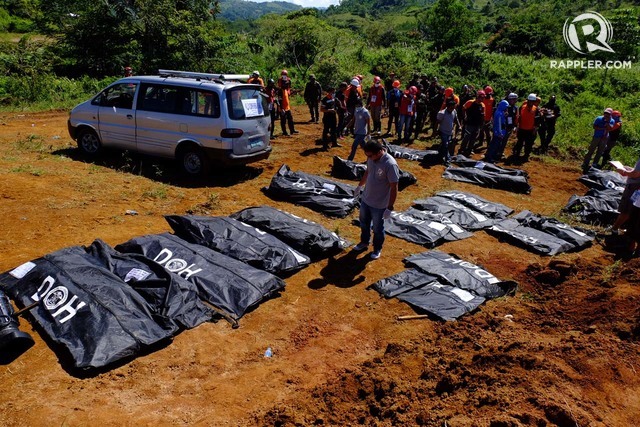 Past midnight of October 16, Isnilon Hapilon, one of the masterminds of the Marawi siege, was killed by government forces. His death, together with Omar Maute, supposedly signalled the end of the war that had been ongoing since May. (READ: The war in Marawi: 135 days and more)

President Rodrigo Duterte, on October 17, announced that the war-torn Marawi City had been “liberated” but combat operations continued until October 23.

On October 29, the more than 400,000 people displaced by the conflict were allowed to return to the city – or what was left of it. They also face the loss of livelihood and opportunities after the 5-month war.

The civilians “paid a high price” during the war when many were killed. Now, they go back to see widespread destruction of homes and property. (READ: Marawi in 360: The Cost of War)

The report highlighted the need for “prompt, independent, and effective” investigations into the allegations of abuses and violations of IHRL and IHL done by both sides. Those found to have committed war crimes “bear individual criminal responsibility.”

“The loss of human life and the scale of the destruction of the civilian infrastructure in Marawi City is immense and raises serious questions about whether the government’s air and ground attacks were disproportionate to the threat posed by the militants that require further investigation,” Amnesty International said. – Rappler.com