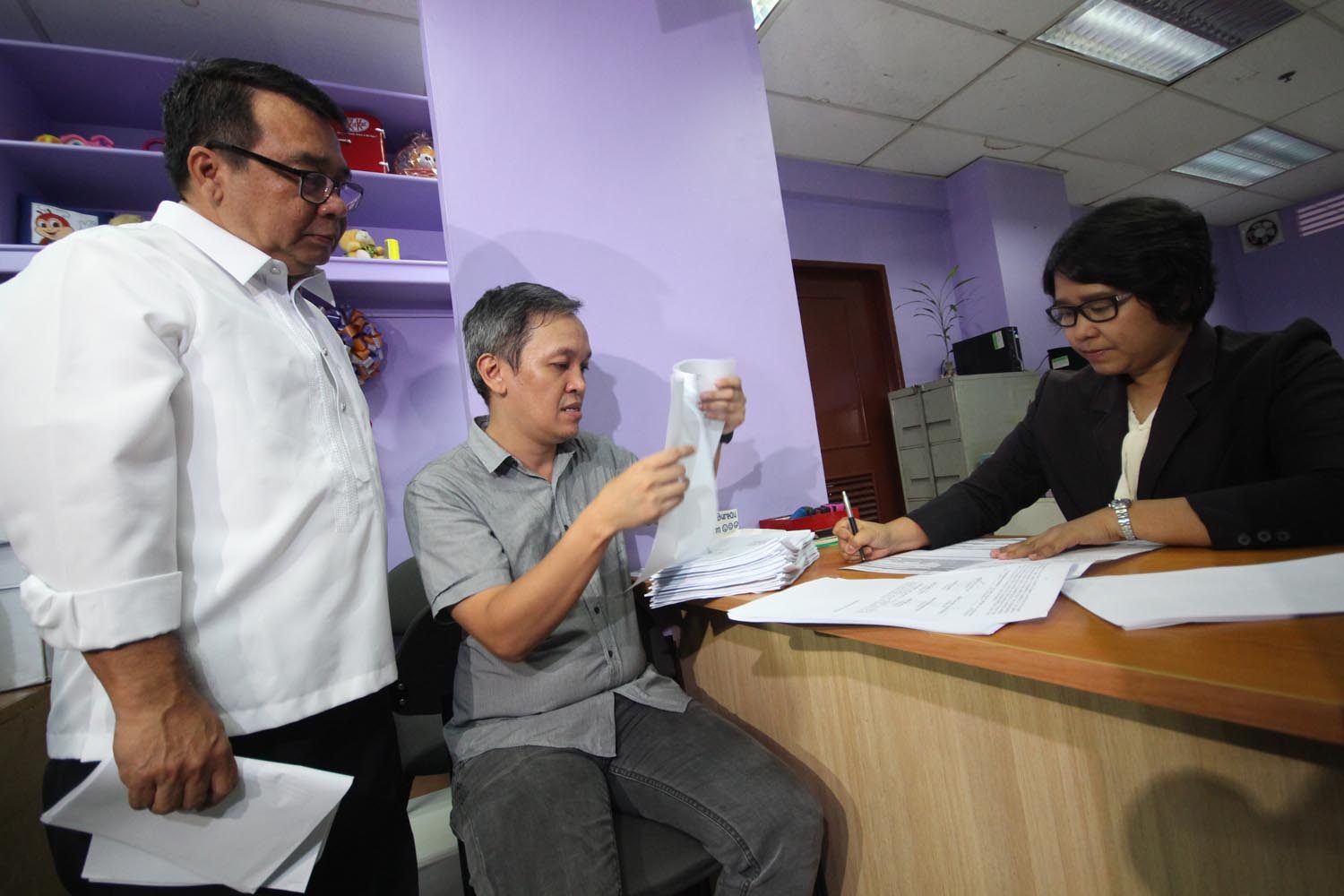 The case was filed against Abaya, who headed the then-called Department of Transportation and Communications (DOTC) under the administration of President Benigno Aquino III, at the Office of the Ombudsman.

Bayan pointed out irregularities in the Abaya-led DOTC’s awarding of the MRT maintenance contract to Korean firm Busan Transportation Corporation in 2015.

Citing documents, Bayan said that when the maintenance contract was put up for bidding in August 2014, nobody submitted. No bid was submitted again the 2nd time in October 2014. The contract then was worth P2.247 billion.

Another bid for a contract worth P2.389 billion was put up in December 2014 but again failed due to non-submission of bids. (READ: MRT woes: How often do they happen?)

Bayan said that in March 2015, the DOTC secured confirmations by the Department of Justice (DOJ) and National Economic and Development Authority (NEDA) to conduct “alternative methods of procurement.”

Through this, another bid was put up in August 2015 but the amount doubled to P4.251 billion and included more services such as general overhauling, total replacement of signaling system and additional maintenance works. The maintenance proper is worth P2.270 billion.

Busan won that contract for P3.8 billion. The same services remained with lowered cost that brought it down to P3.8 billion.

Bayan said this contract amounts to graft because the added services should not have been “simply added or made a rider” to the initially approved contract.

It said that the addition of services to the contract may only be done if it’s an emergency case as it is defined by Section 53 of the Implementing Rules and Regulations (IRR) of the Government Procurement  Reform Act.

They claim that the General Overhauling and the replacement of the signaling system are not emergency cases.

From Busan to BURI

Bayan also noted that Busan – who won the contract – eventually diluted its share in the contract to 4.7%. It was because a special purpose company was formed named Busan Universal Rail Incorporated (BURI) who took over the contract.

This special purpose company is the subject of a separate graft complaint against Abaya and BURI officials filed by the present Department of Transportations (DOTr). BURI’s contract has also been terminated, with DOTr blaming them for the MRT glitches.

“With the ineligibility, i.e., lack of technical competence and financial capability of the Joint Venture of Busan, it was not surprising that its maintenance of, or attempt at the maintenance of, the MRT-3 System was not at all effective,” Bayan said.

Train commuters have had to suffer glitches the last few weeks. Just last November 16, a train coach was detached from the body while running between the Ayala and Buendia stations.

Based on DOTr data, from January 1 to November 17 this year, there have been 475 MRT3 problems already recorded – an average of 10.33 a week, or more than once a day on some days. – Rappler.com