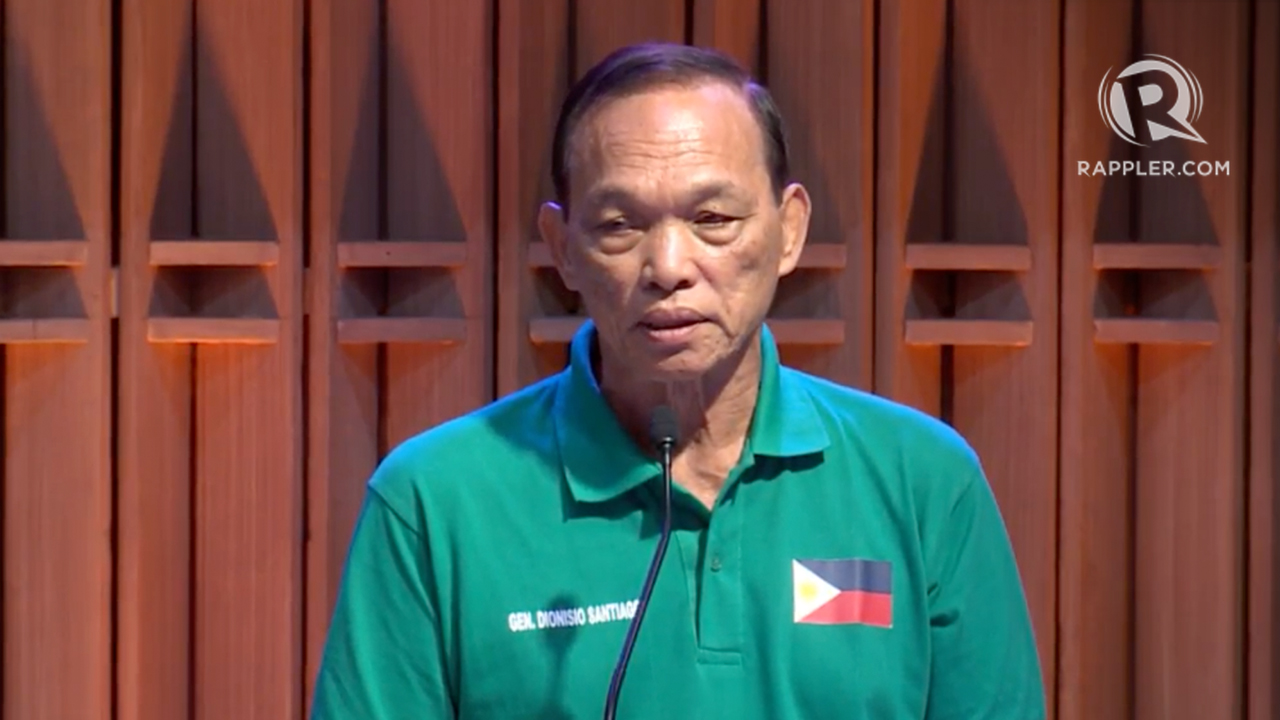 MANILA, Philippines (UPDATED) – Former Dangerous Drugs Board (DDB) chairman Dionisio Santiago was fired by President Rodrigo Duterte, not just for his public statements, but also for supposedly going on “extravagant” trips abroad and bringing his “mistress” along with him.

Santiago had also been accused of receiving gifts and favors from drug lords, including Ozamiz City Mayor Reynaldo Parojinog, back when he was Philippine Drug Enforcement Agency (PDEA) chief.

This was revealed by Presidential Spokesman Harry Roque on Monday, November 20, during a Malacañang press briefing.

“He was also being let go because of complaints that General Santiago was using taxpayers’ money for junkets abroad… In addition to bringing family members, Santiago brought 6 of his closest personnel, including a ‘girl Friday,'” said Roque.

One complaint which made the accusation was dated October 25 and was filed by the DDB Employees’ Union.

LOOK: Complaint about former DDB chief Santiago sent to Pres. Duterte. It accuses him of going on 'junkets' in Austria, United States. pic.twitter.com/ih15ydDHqb

Santiago supposedly took trips to Vienna, Austria and the United States to attend meetings on combating drugs in his capacity as DDB chief.

But while only his presence was required at the conferences, he allegedly brought along “his mistress and [selected] favorite DDB employees” – the expenses of whom were also supposedly charged to the DDB’s budget.

“This is an extravagant use of government resources and an abuse of power,” wrote the DDB employees in their letter.

Aside from these suspicious trips, Santiago is also accused of accepting a house from Parojinog when he led PDEA under the Arroyo administration, said Roque.

Parojinog was killed during a police anti-drug raid last July. He was among the local executives in Duterte’s list of top drug suspects.

Reyes, said the employees, continues to receive his salary from the DDB. – Rappler.com