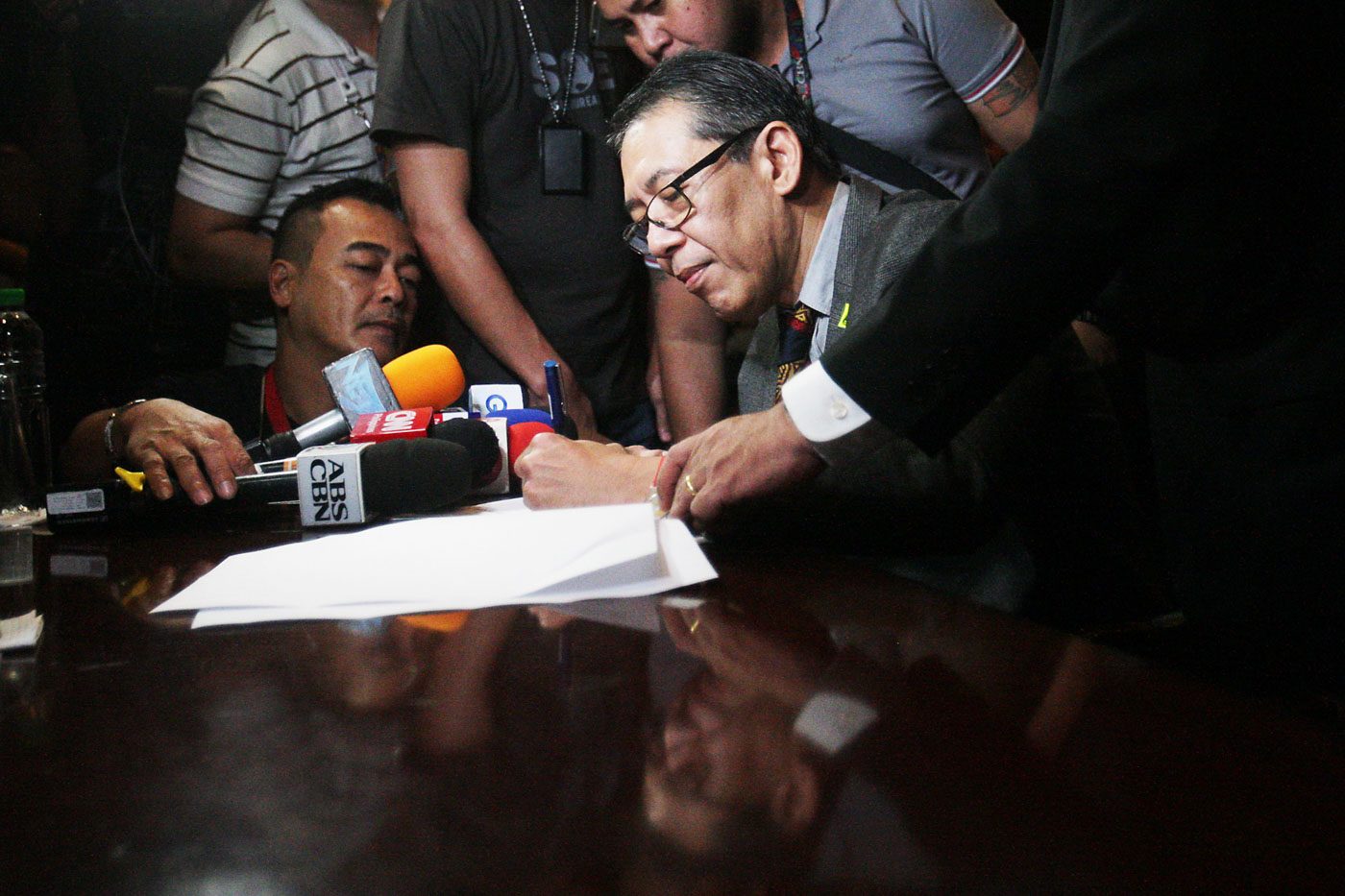 MANILA, Philippines – Supreme Court Associate Justice Marvic Leonen clarified on Tuesday, November 21, that the government can still pursue drug users even if the High Court declares unconstitutional the police and interior department’s circulars on the war on drugs.

‘“Declaring the circulars unconstitutional will have the effect of probably clarifying certain rights of certain individuals vis-a-vis the power of the government to go against illegal drugs,” Leonen said.

“If you succeed and the circulars are declared unconstitutional, would this in fact stop the government from continuing to go against the drug pushers?” Leonen asked Diokno.

Diokno said: “The government would still have all the powers under the law to go after the drug pushers, the drug users, and drug syndicates.”

“Under the law, police can continue with getting information from the community, developing that information, gathering evidence, getting warrants of arrest, and at instances doing warrantless arrests, and finally doing prosecution and conviction,” Leonen said. (READ: Lawyers to question before Supreme Court role of prosecutors in EJKs)

Which provisions are unconstitutional?

Leonen further led Diokno to identify which provisions in Dela Rosa’s circular may be deemed as a violation of the law.

At first, Leonen, like Associate Justice Estela Perlas-Bernabe, pointed out that Dela Rosa’s circular expressly states that policemen conducting the operations should respect the Bill of Rights and the Constitution. (You can find these under item number 8, letters E and G of the circular.)

Diokno said these were just lip service, and were not actually followed on the ground. (READ: Probe into ‘nanlaban’ cases just a fishing expedition – SolGen)

This prompted Leonen to say that under item number 4, letter E of the circular, any person suspected of having drug links and who refuses to open his doors to police “shall be referred to the Anti-Illegal Drugs Units for immediate case buildup and negation.”

“Therefore there is a threat, you do not open the door, something will happen to you. At that stage, when the person is already under custodial investigation, is that not correct? Therefore can you consider it a violation of Republic Act 7945 or the Anti-Torture Law?” Leonen asked Diokno rhetorically.

Leonen added, “That when somebody is under a coercive process, to make that person actually do something, in this case open the door to the police, let them in, or allow them to speak, then therefore under pain of coercion, then that in fact is torture according to the law, is that not correct?”