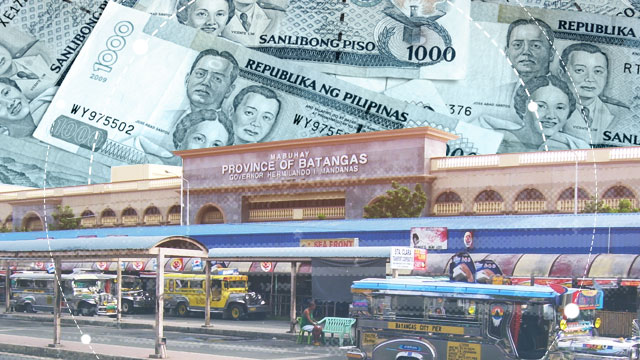 BATANGAS, Philippines – The provincial government of Batangas approved a P200 million budget to turn into a livelihood and commercial hub the Batangas Port Livelihood Center (BPLC) which has been considered a white elephant project for over 10 years.

Senior Board Member Rowena Africa said the Provincial Board approved a resolution authorizing Batangas Governor Hermilando Mandanas to enter into a joint venture between the provincial government and Square Meter Trading and Construction Corporation and its affiliate company XRC Mall Developer Inc.

Based on the presented development plan, the 3-storey building will house a pasalubong (souvenir) center on the ground floor, restaurants and specialty stores on the 2nd floor, and a VIP passenger lounge, hotel and commercial spaces for personal services on the 3rd floor.

There will also be a rooftop improvement for entertainment and event center while the rest of the vacant lots will be used as a parking space.

According to Africa, part of the agreement with the contractor is the payment of the P55M loan balance on top of the P200-million project cost.

The joint agreement also states that the contractor is obliged to remit a monthly revenue share of P700,000 to the provincial government with a 1 year moratorium while the building is being renovated.

BPLC was a project built in 2007 using a P237.6-million loan from the Land Bank of the Philippines.

Earlier this year, Board Member JP Gozos questioned the capacity of Square Meter Trading and Construction Corporation to operate the hub after it presented documents during a committee hearing showing that the company only had P7 million cash on hand with over P600 million receivables.

Jasmine Layda, who represented the company in the said hearing, claimed that their affiliate XRC Mall Developer which is currently operating two existing malls in the province are in the position to provide the required funding. – Rappler.com