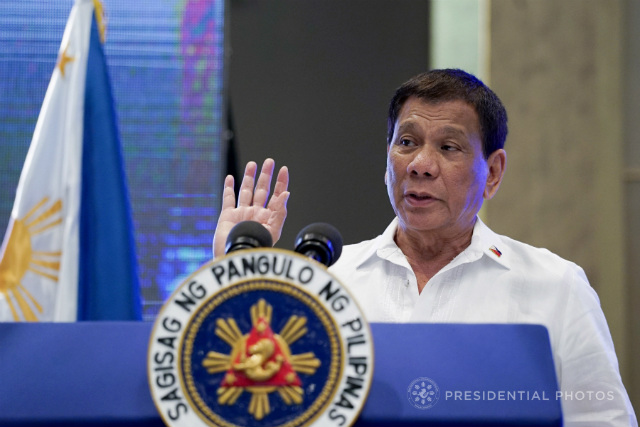 “We are concerned by continuing efforts by certain states to undermine and denigrate important mechanisms established by the 47 member states of the Human Rights Council,” Colville said.

On the Philippines, Colville said, “The High Commissioner also deplores the repeated insults and threats of physical violence against the UN special rapporteur on extrajudicial, summary or arbitrary executions, Agnes Callamard, by the President of the Philippines and his supporters.”

Colville cited Duterte’s November 9 threat to slap Callamard if she investigates him for alleged extrajudicial killings in his war on drugs.

He said Duterte “made the same threat” against Callamard in June.

“Ms Callamard, who has clearly been acting fully in line with her mandate when commenting on the situation in the Philippines, has also been subjected to a tirade of online abuse, including physical threats, during what appears to be a prolonged and well-orchestrated trolling operation across the internet and on social media,” Colville said.

“This campaign, coupled with the repeated personal attacks on Ms Callamard by President Duterte, seems to be designed to intimidate her into not carrying out the mandate bestowed on her by the Human Rights Council,” he added.

“We condemn this treatment of Ms Callamard, and the disrespect it shows to the Human Rights Council that appointed her, in the strongest terms,” the spokesperson of the UN rights chief said.

Callamard first earned Duterte’s ire by saying his drug war should be investigated due to reports of state-sanctioned killings of drug suspects.

Duterte has invited her to come to the Philippines to begin her probe, but on the condition that she debates with him in public and under oath. – Rappler.com