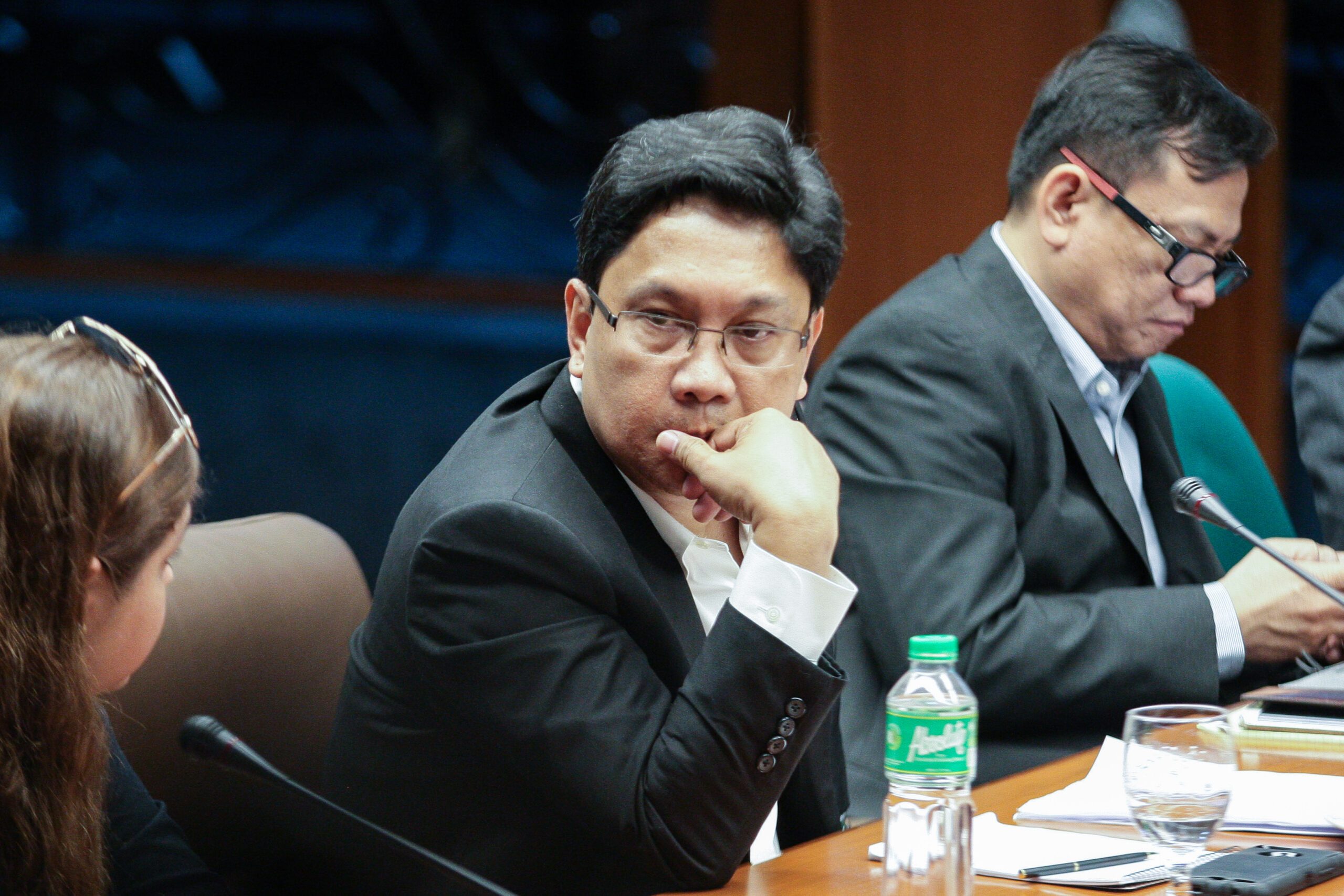 Chavez is the undersecretary for railways at the Department of Transportation (DOTr).

“I hope the President understands that in light of recent events involving the MRT3 system, [the] simple sense of delicadeza which I adhered to throughout my professional life gives me no choice but to resign,” Chavez said in his resignation letter dated Thursday, November 23, a copy of which was obtained by Rappler.

His resignation was effective immediately.

Chavez also said that he hopes his resignation would pave the way for the appointment of a person “better qualified to perform the duties and responsibilities” of the job. 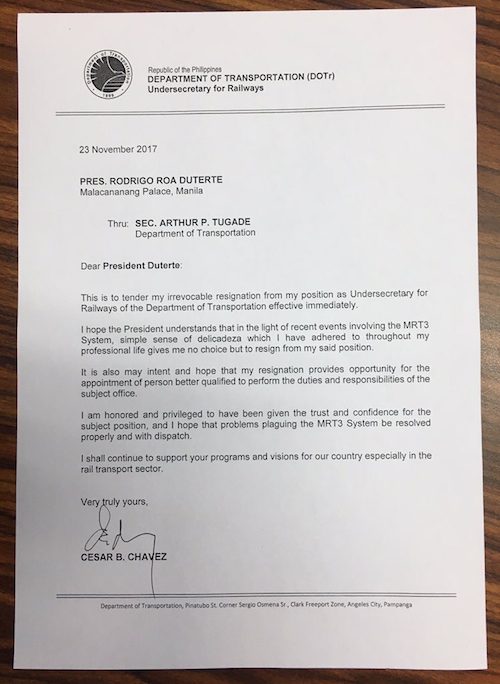 Transportation Secretary Arthur Tugade said in a statement that he was “surprised” by Chavez’s resignation. He also denied insinuations that he was behind the official’s move.

“For the record, and contrary to the insinuations of others, I did not cause or ask Usec Cesar Chavez to resign. He has my full trust and confidence,” Tugade said.

He noted that he and Chavez even exchanged text messages on Wednesday, November 22, and he had no inkling that his undersecretary was about to quit.

“We have been doing plans and strategies together, up and until yesterday. Even by texts as I was on sick bay. That is why I am surprised by the very sudden turn of events,” Tugade said.

Senator Grace Poe, chair of the Senate committee on public services, said that while she respects Chavez for resigning because of the MRT3’s continued problems and admires his sense of propriety, she expressed “doubt that that is the only reason that prompted him to resign.”

“He seemed to be one of the DOTr officials who was determined to fully address all the issues plaguing the MRT. I recall he was instrumental in unearthing the persons involved in anomalies that caused these issues,” Poe added.

The senator, who led Senate hearings on MRT-related issues, said it is “time to evaluate the actions and the leadership of the DOTr as a whole in connection with how issues hounding the MRT have been addressed.”

“These issues should be properly and expeditiously resolved despite Usec Chavez’s resignation and especially considering the commuting horrors our people have to go through everyday,” she said.

Poe also called on Tugade to appoint a “qualified undersecretary for rails.”

“We hope that in finding a replacement, Secretary Tugade will carefully look into the qualifications, capability, competence and commitment of the person because the task at hand is complex and has critical impact on the lives of our commuting public. We need to have somebody who will hit the ground running as we cannot afford a mere politically connected OJT,” she said.

While Tugade, as transportation chief, can recommend someone for the position, President Rodrigo Duterte has the final say on who gets the job.

Once the pride of Metro Manila’s transportation system, the MRT3 is now one of its sore points, suffering from overcrowding, poor maintenance, and a messy management structure.

In recent months, the 18-year-old train system has been recording near-daily breakdowns.

The latest incidents involving the MRT3 include a train decoupling incident on November 16, and a woman suffering a severed arm after she fell in between train coaches on November 14. – with a report from Aika Rey / Rappler.com