Meet the Pope’s new envoy to the Philippines 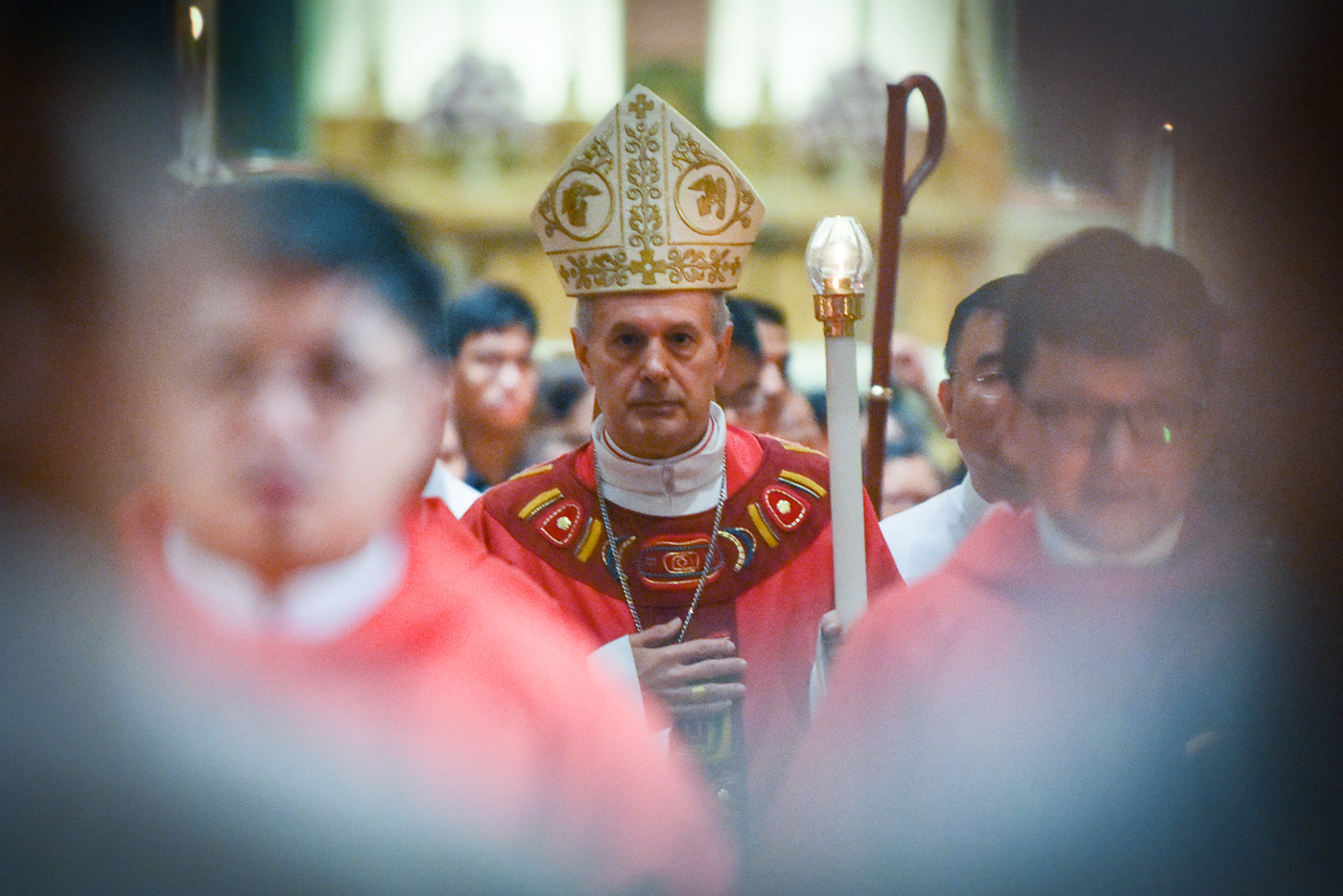 MANILA, Philippines – Pope Francis’ new envoy to the Philippines made his first public appearance Wednesday night, November 22, in a Mass to support persecuted Christians around the world.

The Vatican’s new ambassador or papal nuncio to the Philippines, Archbishop Gabriele Giordano Caccia, was the main presider in the Mass at the Manila Cathedral on Wednesday.

The Mass was celebrated for Red Wednesday, an initiative of Catholic charity organization Aid to the Church in Need (ACN) to condemn Christian persecution worldwide.

In his remarks before the end of the Mass, Caccia referred to the sacrifice of Christian martyrs, including Saint Cecilia of the 3rd century, whose feast was celebrated on Wednesday.

“Before the final blessing, I take this opportunity to thank God for the witness of all the martyrs, starting from the beginning of the Church, like Saint Cecilia, up to now, as we have seen. We are supported by their strength,” Caccia said.

He then thanked Filipinos for welcoming him to the country. “It’s my first celebration in this beautiful cathedral in Manila,” he said. 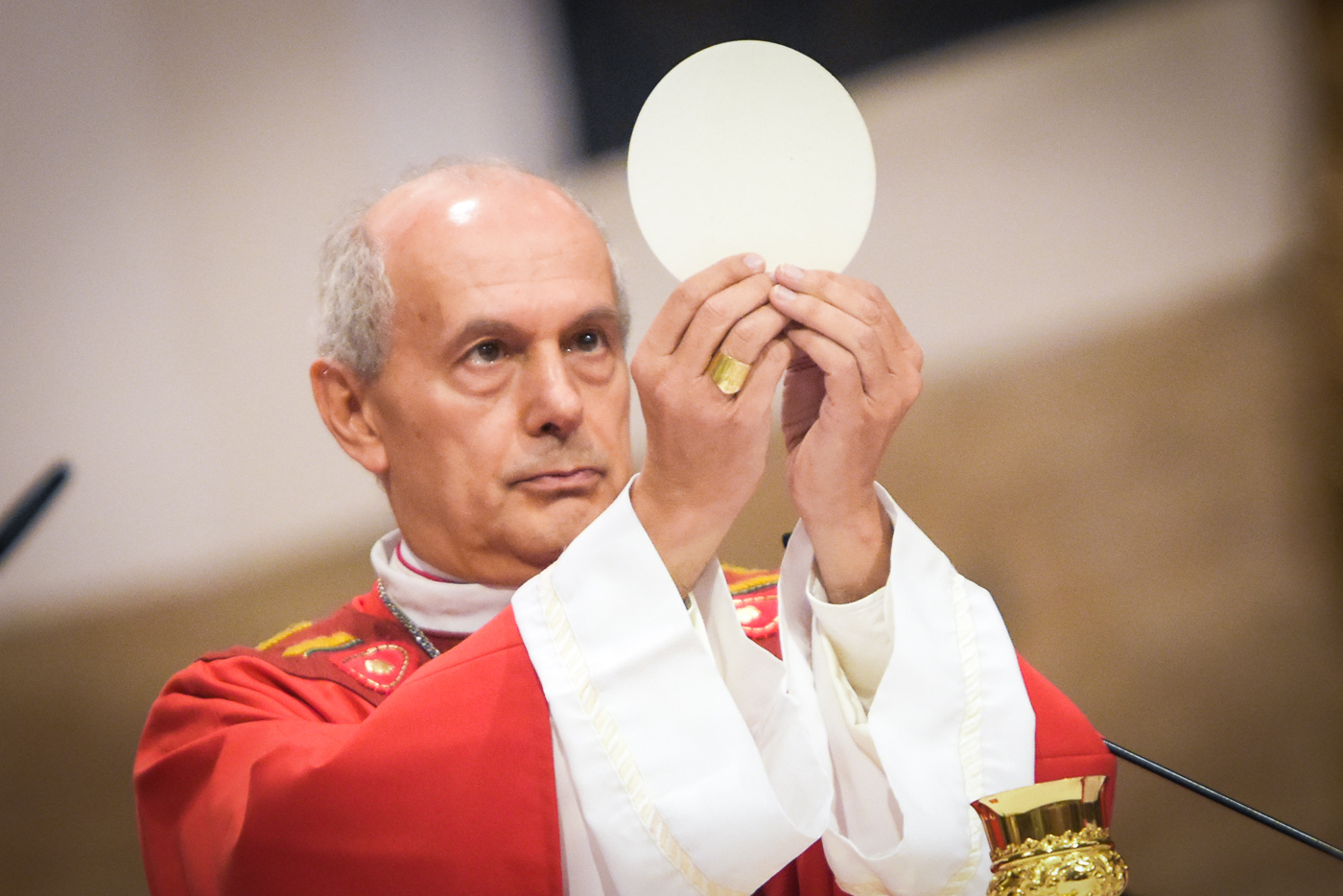 “We start together a new beginning in our journey, which never ends until we reach the house of God,” Caccia said.

The papal nuncio added, “Please help me do my mission.”

Caccia, 59, arrived in the Philippines on November 10.

He was welcomed at the Ninoy Aquino International Airport (NAIA) on November 10 by Manila Archbishop Emeritus Gaudencio Cardinal Rosales, incoming Catholic Bishops’ Conference of the Philippines (CBCP) president Davao Archbishop Romulo Valles, and other officials of the Catholic Church.

Caccia replaced Archbishop Giuseppe Pinto, 65, whom the Pope moved to Croatia after 6 years of serving in the Philippines. 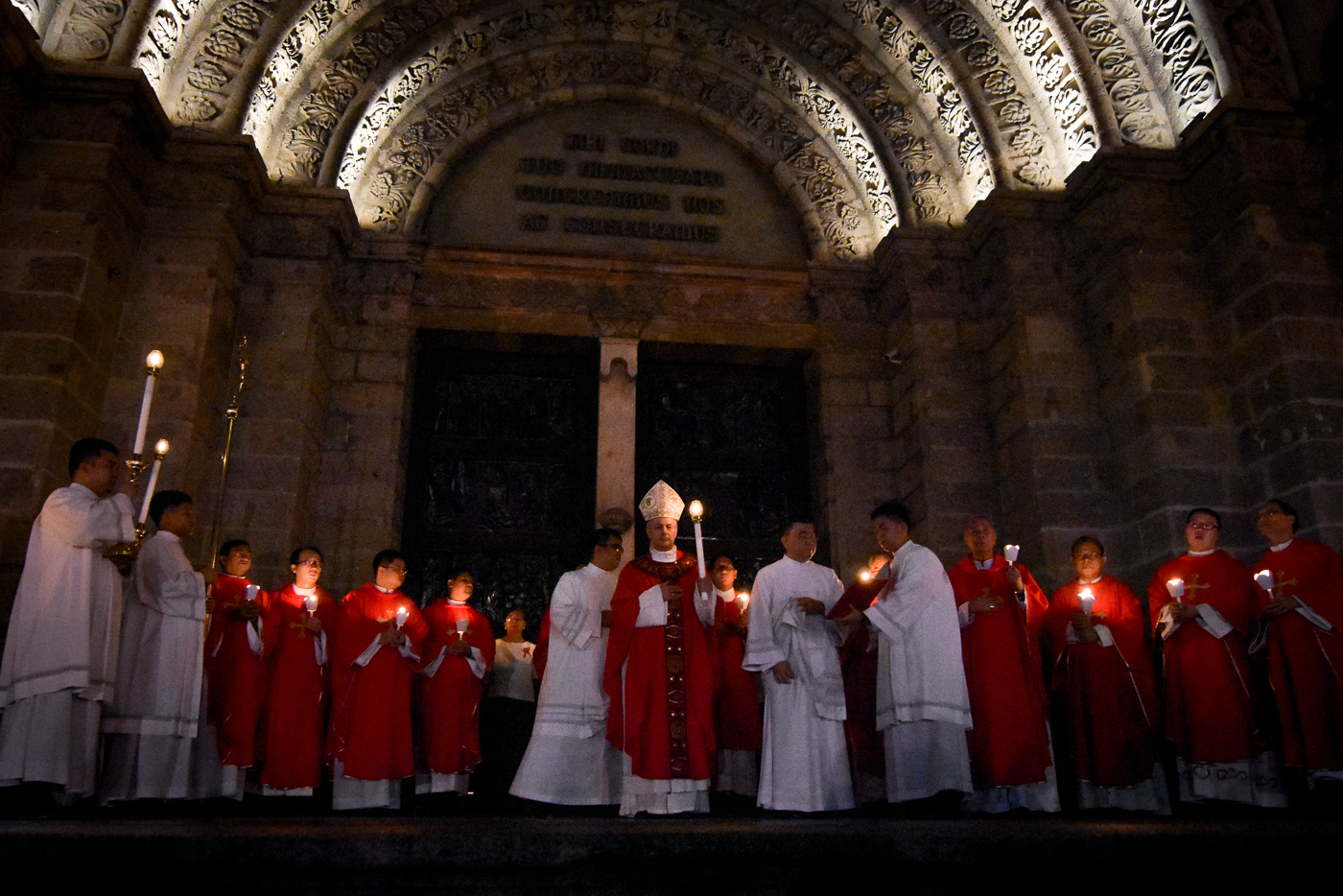 Born in Milan, Italy, on February 24, 1958, Caccia was previously the papal nuncio to Lebanon. He was also once an assessor for general affairs of the Vatican Secretariat of State.

Caccia comes to the Philippines at a time when President Rodrigo Duterte has slammed the Catholic Church for supposedly meddling in his war on drugs. The Catholic Church is one of the staunchest critics of the drug war killings. – Rappler.com