Duterte appointees to dominate Comelec by next year 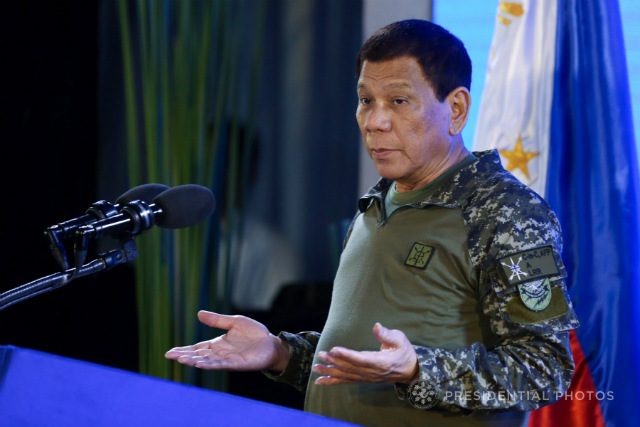 Facebook Twitter Copy URL
Copied
By choosing Commissioner Sheriff Abas as the next elections chief, President Rodrigo Duterte can get to name 4 of 7 members of Comelec by February 2018

MANILA, Philippines – The Punisher did it in one fell swoop.

By choosing poll commissioner Sheriff Abas as the next Commission on Elections (Comelec) chair, President Rodrigo Duterte will get to name 4 of 7 Comelec members by early next year.

Duterte was supposed to wait until February 2020 before his appointees could dominate Comelec.

Known for quick results, the long-time Davao City mayor can now achieve this as early as February 2018.

How did Duterte do it?

The original schedule was that by February 2018, Comelec Commissioners Christian Lim and Arthur Lim would have to step down from Comelec. Their terms would have expired by then.

Duterte was originally supposed to name only two new Comelec members – the replacements of the two Lims – by February 2018.

Then, by February 2020, he will have to appoint two more Comelec commissioners to replace Commissioners Luie Guia and Al Parreño.

Lawyer Andres Bautista, however, stepped down as Comelec chair on October 23 this year after a public feud with his wife and before facing a full-blown impeachment hearing.

Duterte’s allies in Congress also wanted Bautista out of Comelec – as they seek to impeach other Aquino appointees, such as Chief Justice Maria Lourdes Sereno and Ombudsman Conchita Carpio Morales.

‘Most powerful president since Marcos’

Bautista’s resignation meant Duterte would have to name 3 of 7 Comelec members to replace Bautista and the two Lims.

What Duterte did on November 22 – nominating Abas as Comelec chair – changed the landscape.

This is because if Abas becomes Comelec chair, he will have to vacate his post as Comelec commissioner. Duterte will then need to name a new commissioner to take Abas’ previous post.

This will boil down to 4 Duterte appointees in the 7-member poll body by early 2018.

Abas – set to be the first Comelec chair from Mindanao, the first Muslim, and also the youngest at 38 – has the most important position of acting as the Comelec’s virtual CEO.

The Comelec is crucial for Duterte as he pushes for a federal form of government, which will require a plebiscite run by the poll body.

The nomination of Abas comes as Duterte’s allies and appointees dominate other institutions of government.

Duterte critic Walden Bello told the Inquirer in June 2016 that the Philippines is “left with a very powerful President, the most powerful since Marcos.” – Rappler.com