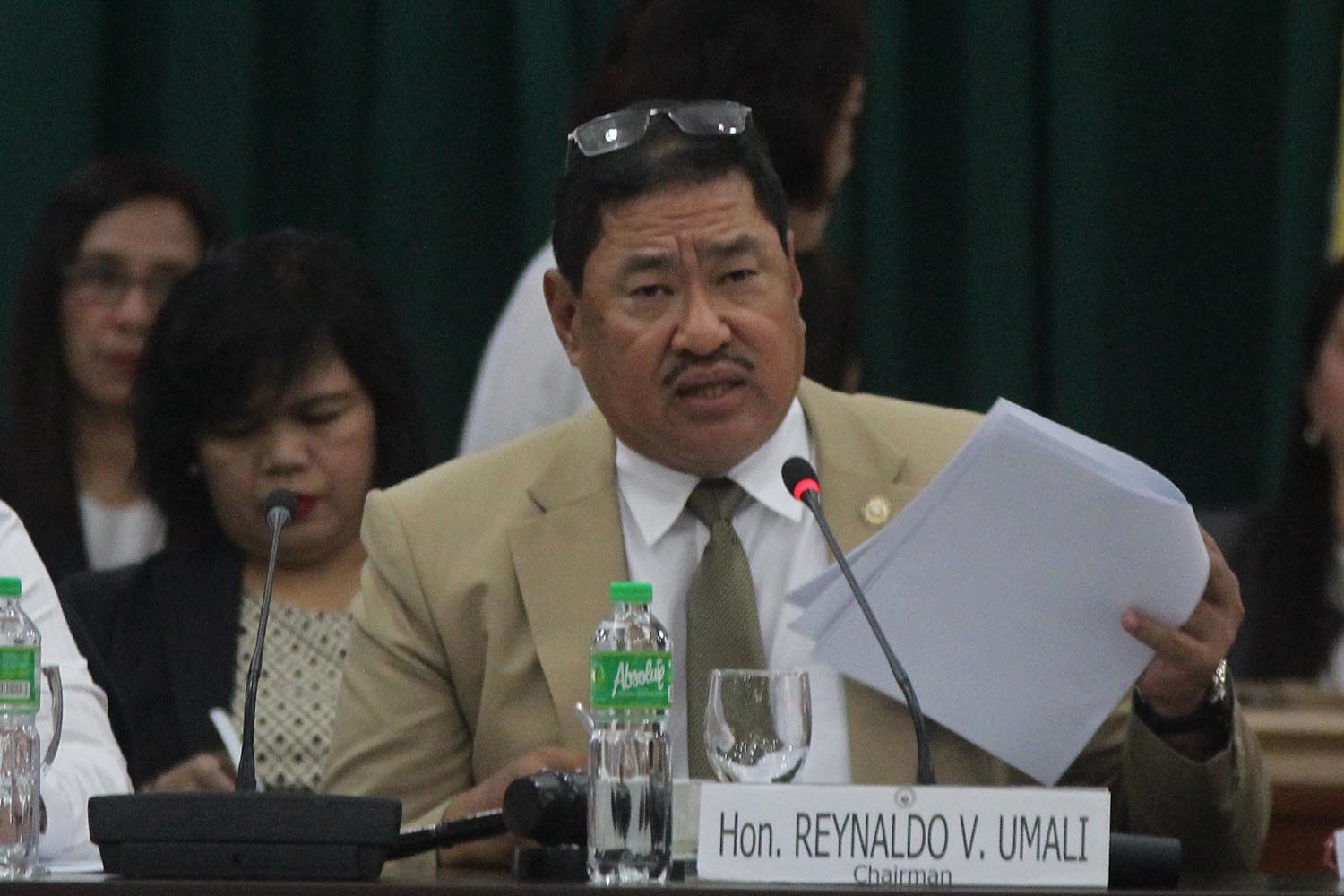 MANILA, Philippines (UPDATED) – Grant it all.

Oriental Mindoro 2nd District Representative Reynaldo Umali, chairman of the powerful House justice committee, called on the Supreme Court (SC) on Monday, November 27, to “not [give] pieacemeal authority” to SC personalities invited to testify in a hearing on an impeachment case against Chief Justice Maria Lourdes Sereno.

“May I earnestly request the Supreme Court that when they conduct their hearing, and en banc tomorrrow… to consider not giving a piecemeal authority for each and every witness that we will invite,” said Umali ahead of the House hearing on an impeachment complaint filed against Sereno.

The committee was talking informally as it had not reached quorum past 9:30 am. (READ: Umali warns House committee can have CJ Sereno arrested)

It wants to invite several Supreme Court officials and personalities, incuding Supreme Court Associate Justice Teresita Leonardo-de Castro, to stand as witnesses or resource persons in the House that is hearing allegations of lawyer Larry Gadon against Sereno.

Umali was referring to a previous Supreme Court en banc resolution from 2012.

“Members of the Court may not be compelled to testify in the impeachment proceedings against the Chief Justice or other Members of the Court about information they acquired in the performance of their official function of adjudication, such as information on how deliberations were conducted or the material inputs that the Justices used in decision-making, because the end-result would be the disclosure of confidential information that could subject them to criminal prosecution,” the SC said then.

The following SC officials and personalities are listed as resource persons in the Gadon complaint:

De Castro, Tijam, and Brion all wrote letters to the committee to ask for time to wait for the SC en banc’s decision on their invitations.

“Let me assure the Supreme Court that we will not whimsically and capriciously invite any and all court personnel,” added Umali. The committee will meet in an executive session on November 27, to discuss how it will move forward as it waits the SC en banc decision.

The Supreme Court en banc meets on Tuesday every week. It will meet on November 28, the same day the “impeachment committee” will continue its hearing.

En banc decisions, particularly for big cases and issues, are typically announced through Te on the same day.

Gadon had earlier said De Castro was “very much willing” to testify against Sereno in the impeachment proceedings. He allegedly knew this through a common friend.

De Castro has clarified that she “never released to Jomar Canlas any information, report, or document regarding the work of the Court,” referring to a Manila Times reporter. Gadon said that after reading Canlas’ report on Sereno’s supposed falsified Temporary Restraining Order (TRO) on party-list proclamations in 2013, he talked to the journalist to get details of the report, including the identity of his source.

Several times during the committee’s hearing on November 22, Gadon repeatedly said that the “best resource person” was no less than De Castro herself.

The committee earlier ruled to disallow Sereno’s lawyers from participating in the hearing, despite her requests. – Rappler.com