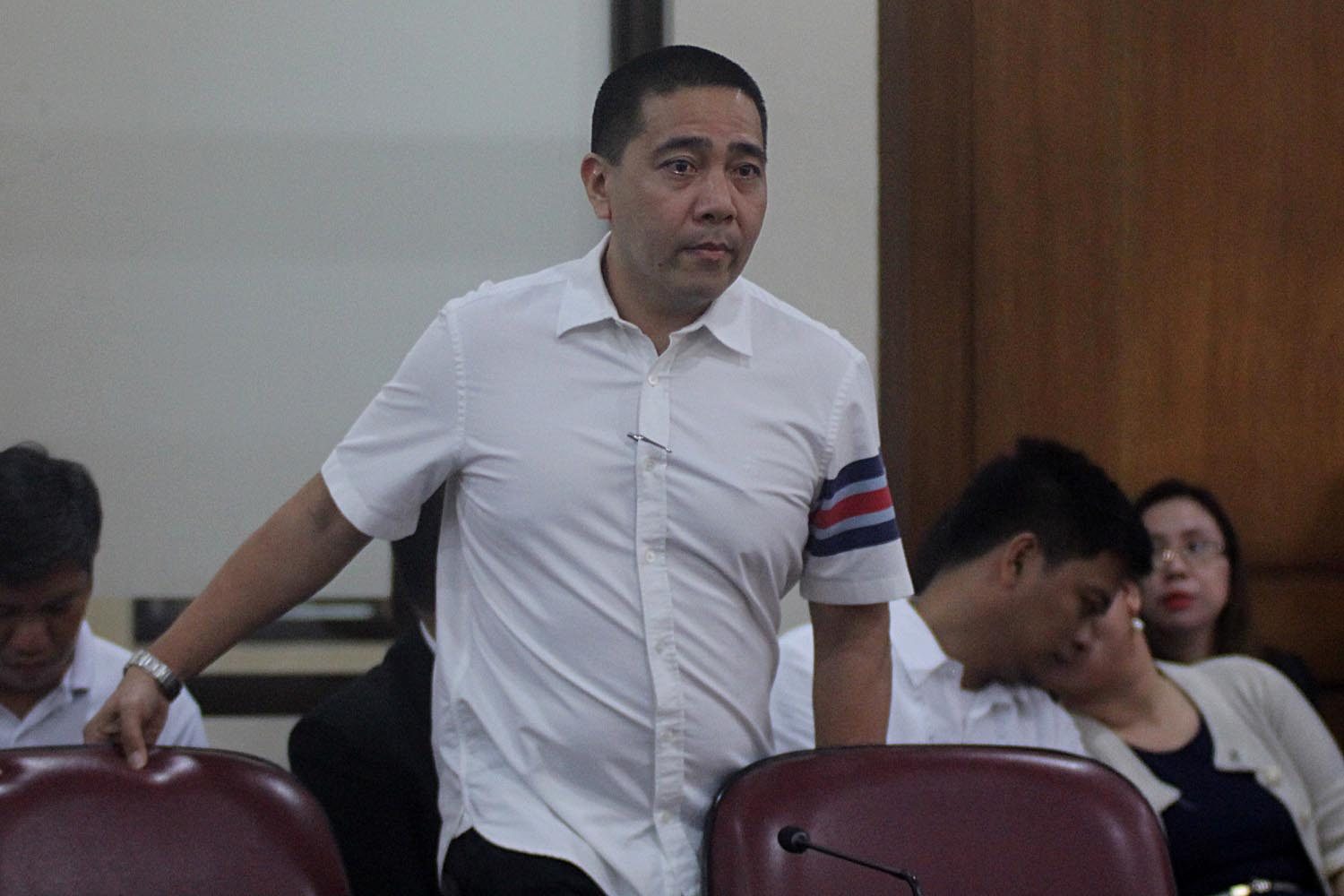 Facebook Twitter Copy URL
Copied
(3rd UPDATE) Lawyer Larry Gadon changes his tune and says, 'There are a lot of people that are giving me information during those times'

MANILA, Philippines (3rd UPDATE) – Manila Times reporter Jomar Canlas on Monday, November 27, denied that Associate Justice Teresita Leonardo-De Castro was his source in a story about an allegedly “falsified” temporary restraining order (TRO) that is now among the bases of an impeachment complaint against Chief Justice Maria Lourdes Sereno.

Canlas made the statement as he spoke before the House committee on justice, which is tackling an impeachment complaint filed by lawyer Larry Gadon.

Gadon, during a November 22 hearing, had said he first got wind of the controversial issues through Canlas’ June 2013 article titled, “Justice blasts Sereno over TRO mess.”

The lawyer said that he spoke to Canlas and Supreme Court personnel about the issue. He later supposedly got confirmation from De Castro herself through a common friend.

Gadon claimed Canlas had gotten his information from De Castro, an assertion De Castro herself has already denied.

Canlas, who covers the judiciary, said he does not and has not revealed his sources. Canlas has written exclusive stories about the Supreme Court, citing anonymous sources and insiders.

Upon questioning by members of the committee, Canlas said he stands by his story.

Gadon changed his tune following Canlas’ sworn statement. “I cannot remember if it was Canlas who intimated to me…but I spoke to him several times. It does not change the fact that there is an article about the TRO,” said Gadon.

“There are a lot of people that are giving me information during those times,” added the lawyer.

Gadon had earlier said that De Castro was the “best resource person” in detailing some of the allegations he made against Sereno.

In his June 2013 story, Canlas, citing reliable sources, said, “Sereno endured a harsh tongue-lashing” from De Castro over the TRO that stopped the Commission on Elections from proclaiming part-list election winners.

“Several justices had threatened to confront Sereno over the controversial TRO,” said Canlas’ report. Sereno’s issuance of the “falsified” TRO is among the bases of Gadon’s impeachment complaint.

“The Times got hold of a copy of Sereno’s letter to De Castro where the Chief Justice admitted that she deliberately changed the recommendation made by the latter who was the designated ponente of the TRO,” said Canlas, who stood by his story “word for word.”

Canlas, however, declined to give the committee a copy of the said letter because, he said, he had lost his copy. – Rappler.com