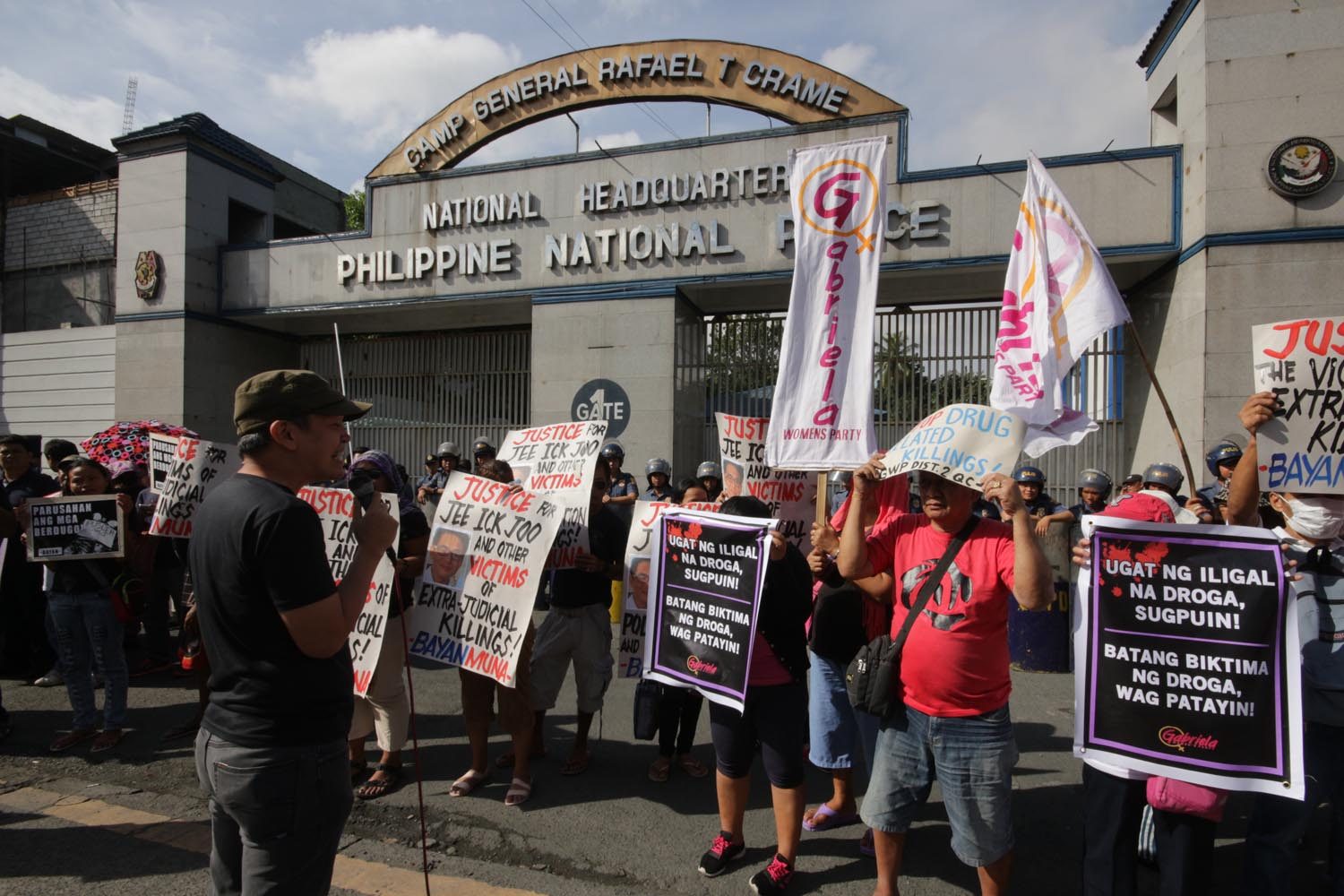 MANILA, Philippines – Malacañang, on Tuesday, November 28, said the Philippine government will look into the claims of a Reuters report about Manila police suspected of killing 3 supposedly unarmed men in Tondo during an anti-drug operation.

The report, published on Monday, November 27, publicized CCTV footage that allegedly belies police claims that the 15 cops shot the men in self-defense.

“I assure you that authorities are now looking into this matter. We are in the process also of authenticating the video,” said Presidential Spokesman Harry Roque during a Malacañang press briefing.

Roque said he himself has not seen the footage obtained by Reuters.

He repeated Malacañang’s assurance that the Philippine government does not condone extrajudicial killings and abuses by police.

“I assure you that the President will not tolerate any abuses that have been perpetuated by some personnel in the PNP (Philippine National Police). The Palace position is that we do not tolerate police violence, brutality, and killing,” said the presidential spokesman.

He pulled out the PNP from the campaign after a series of deaths of teenagers at the hands of police.

Duterte had vowed that police responsible for killing teenagers Kian delos Santos and Carl Angelo Arnaiz would go to jail.

But in recent days, the President has said he is mulling returning the police to the government’s drug war.

Roque said on Tuesday that, so far, the President has “no final decision” on it.

“The way he talked about it, he is still at that point where he is considering it,” said Roque, recalling a conversation he had with the President on November 23.

He could not say what factors Duterte is considering before deciding whether or not to give the order.

But the spokesman said, “Let’s give [the President] all the time he needs to study whether or not he will actually return it to the PNP and when.” – Rappler.com