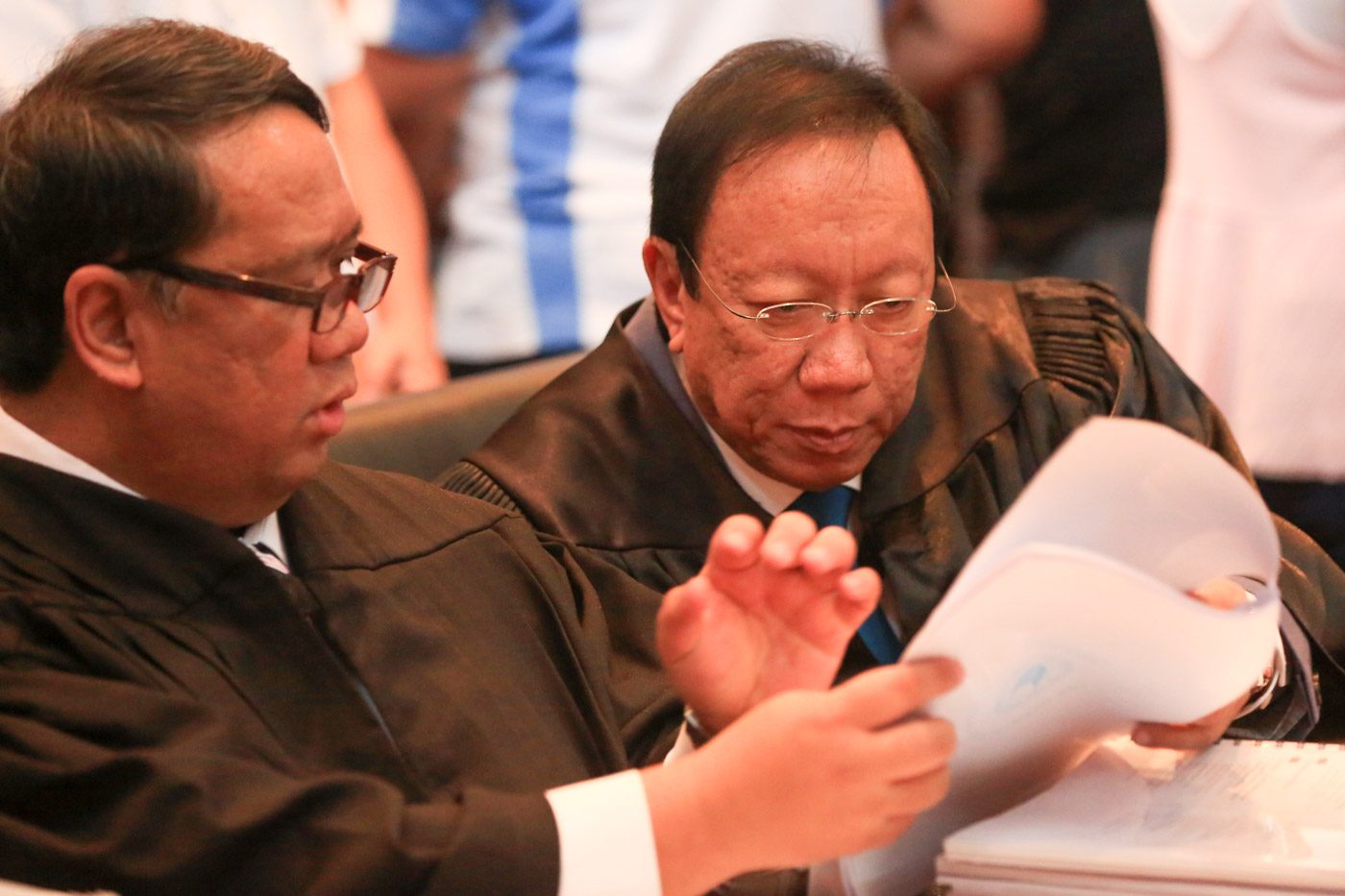 In his opening statement during Round 2 of the oral arguments on Tuesday, November 28, Calida said the petitions have no legal basis and are only meant to harass.

“The petitions intend to emasculate the government’s police powers by rendering inutile the PNP’s (Philippine National Police) sworn mandate to enforce the law and maintain peace and order,” he said.

Associate Justice Marvic Leonen called Calida out, saying the petitions are valid dissents, comparing them even to dissents inside the High Court.

“I am a bit disturbed that the Solicitor General, the tribune of the people, is considering the petitions that have been filed, which I find to be perhaps difficult to prepare at the very least – whether or not they will be granted by the court is another matter altogether – as part of a destabilization effort,” Leonen told Calida.

In an interview with reporters after the hearing, Calida noted that the Free Legal Assistance Group (FLAG) petition asks the SC to enjoin the PNP from “carrying out any instructions, pronouncements or utterances of Duterte…that do not conform to the President’s ordinance power under Executive Order No. 292.”

“They said the Supreme Court should prohibit the PNP as well as DILG officers and all of them not to obey the President in his directives whether it’s oral or written. Hindi puwede ’yun (You can’t do that). That is destabilizing our government,” Calida said.

Calida also said the police circular should be looked at by the court for its initial purpose, and not for its effects after implementation.

The Solicitor General explained that while the circular may be abused, the “courts are not at liberty to declare it invalid.”

Quoting an SC decision, Calida said: “The validity of a statute or ordinance is to be determined from its general purpose and its efficiency to accomplish the end desired, not from its effects in a particular case.”

The petition of the Free Legal Assistance Group (FLAG) seeks to declare as unconstitutional the PNP’s CMC No. 16-2016 and the Department of the Interior and Local Government or DILG’s Memorandum Circular (MC) No. 2017-112.

FLAG alleges that the circulars contain kill orders, citing the use of the words “negate” and “neutralize”.

Calida reiterated that negate and neutralize mean to “arrest” or have the suspect “surrender”. PNP chief Director General Ronald dela Rosa was called to the podium to clarify and he agreed with Calida’s definition, adding that it could mean “kill” but only in extreme circumstances.

“In insisting that CMC No. 16-2016 is constitutionally infirm for allegedly advocating extrajudicial killing, the petitioners confuse the validity of the circular with the abuses committed by law enforcers in the implementation of the anti-drug war program,” Calida said.

Calida said the petition of the Center for International Law (CenterLaw) representing residents of San Andres Bukid, Manila, does not meet the technical requirements of a class suit because barangay officials in the community support anti-drug operations.

“More than a thousand residents of San Andres Bukid, as well as a tricycle operators’ and drivers’ association and other local organizations in the area, have also executed affidavits agreeing to the police anti-drug program,” Calida said.

The Solicitor General also said the petitions encroach on the powers of the executive branch, and therefore a violation of the separation of powers.

“The remedies they have resorted to can be considered as a broad plea to strike down prevailing law enforcement practices on dubious constitutional grounds rather than on distinct and personal threats to their lives and safety,” Calida said. – Rappler.com