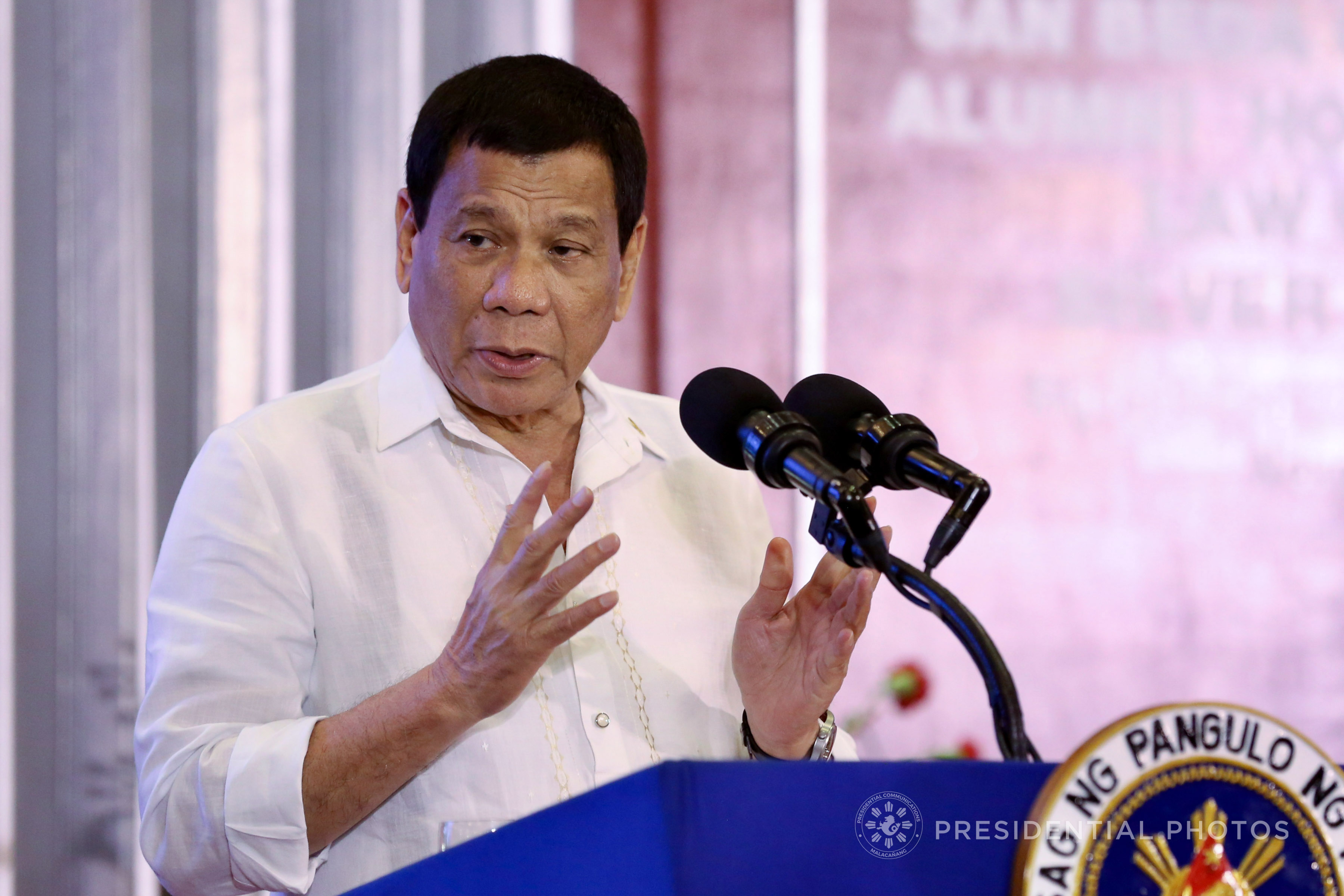 MANILA, Philippines (UPDATED) – Changes to the 1987 Constitution should include new provisions that would guard against government corruption, said President Rodrigo Duterte on Tuesday, November 28, during an anti-corruption summit.

If such an ideal charter is produced, Duterte promised he would step down from the presidency.

“As long as we come up with a constitution that would guarantee first that the money of the people should go to serve the people, okay ako (I’ll be okay),” said Duterte at the Philippine International Convention Center.

Duterte said he has no intention of expanding the powers of the presidency through charter change. He even said such powers can be limited.

“It is not intended to give me dictatorial powers, constrict it if you want,” he said in his second speech that day.

Duterte has called for constitutional amendments to fulfill his campaign promise to lead the Philippines’ shift to a federal form of government.

He created a committee to study charter change though he has yet to name its members.

Duterte had already said that if the Philippines is able to make the shift to federalism, he would offer to resign.

In his Tuesday speeches, he gave a litany of examples of what he believes to be practices that make the government easily corruptible. He mentioned the practice of awarding government projects to the lowest bidder and the supposed lack of checks and balances on bodies like the Office of the Ombudsman.

Duterte previously slammed Ombudsman Conchita Carpio Morales for “partiality” – supposedly favoring allies of the previous administration while cracking down on the rest.

“Nobody can investigate the Ombudsman…Everyone in government can be checked and be checked upon. ‘Yan dapat (That’s how it should be),” he said.

The President also mentioned a certain “Cuevas” who he accused of being a middleman for big-ticket government projects.

He would promise to get them the funding in return for a kickback.

(He visited here, Cuevas is his name, he plays, you know this. Son of a bitch, even in Malacañang, he says he’ll take care of everything.)

After his second speech, Duterte, asked by media if he was referring to a Manny Cuevas, said, “Oo, walang iba (Yes, no other).”

Cuevas’ name has cropped up before. According to an Inquirer article, Cuevas was a lawyer linked with the Iglesia ni Cristo who allegedly lobbied among senators for the acquittal of former Supreme Court Chief Justice Renato Corona. – Rappler.com