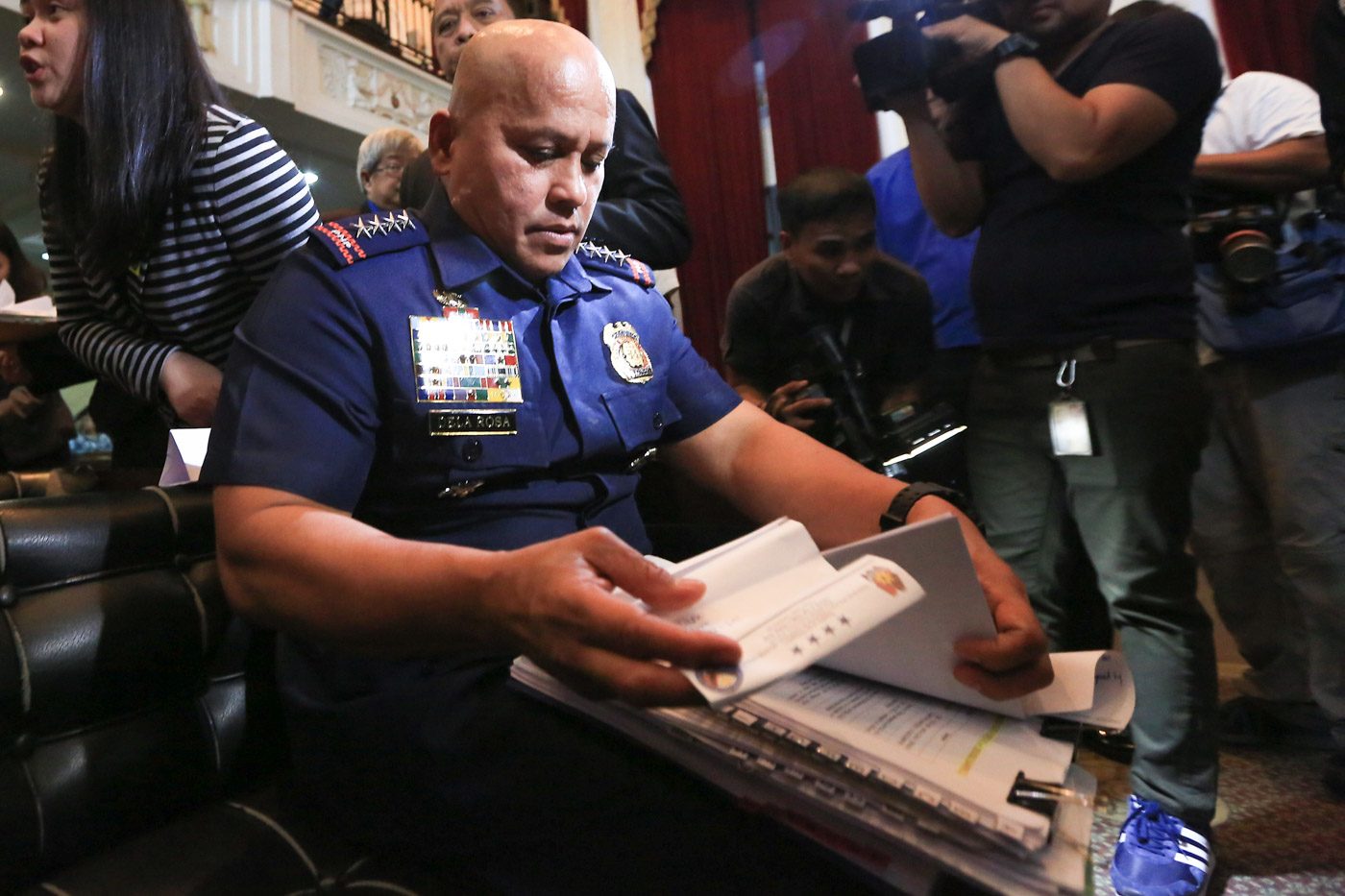 His testimony during the oral arguments on Tuesday comes in the wake of a controversial report by Reuters that shows footage that suggests Manila cops deliberately killed drug suspects last October 11, a day after President Rodrigo Duterte took the police out of his anti-drug war campaign.

Associate Justice Marvic Leonen elicited this response from Dela Rosa as the High Court heard petitions which claim the PNP’s circular was meant to kill.

“Have you ever issued a kill order to your men and women?” Leonen asked.

Again, Leonen discussed the petitioners’ claims that the words “negate” or “neutralize” have been taken by policemen to mean kill drug suspects in their anti-drug operations.

“Neutralize, your honor, has a lot of meaning in police procedure…It means arrest, having the suspect surrender, or killing the suspect in very extreme situations wherein as a result of a legitimate police operation, there is a gunfight,” Dela Rosa said.

At one point, Leonen reminded Dela Rosa that the proceedings are live streamed and anything he says is considered communication to policemen on the ground.

“Therefore you are telling them not to kill,” Leonen said.

“No, your honor,” Dela Rosa responded.

Dela Rosa insisted that his circular is valid and that he will only change it if the Supreme Court tells him to do so.

The kill policy has been the subject of debates even in Senate investigations, with some opposition lawmakers saying that Duterte’s “record of encouraging violence against drug dependents” has the weight of policy.

Dela Rosa would dispute this time and again, even crying once during a hearing in the Senate and swearing on his life that he does not implement a kill policy.

On Tuesday, Dela Rosa was less emotional, saying that justices understand that he’s not a lawyer.

His lawyer in this case, Solicitor General Jose Calida, said that while the circular may be abused, the courts can only judge it based on its purpose and not its effect.

“There are remedies, if there are abusive police personnel who will commit crimes, they should be investigated and sent to jail if they are guilty,” Calida said. – Rappler.com