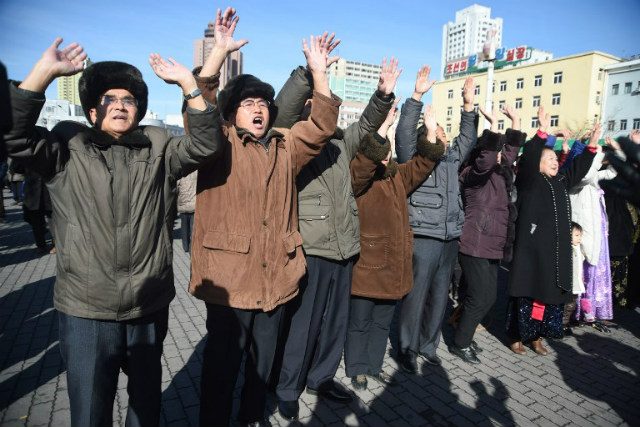 MANILA, Philippines – The Philippines on Wednesday, November 29, denounced North Korea’s test of a new missile which North Korean state media said is “capable of striking the whole mainland” of the United States.

“We call on Pyongyang to commit to making meaningful progress towards the peaceful resolution of the issues facing the Korean Peninsula,” Philippine Foreign Secretary Alan Peter Cayetano said in a statement.

Cayetano then called on North Korea, also known as the Democratic People’s Republic of Korea (DPRK), “to cease its nuclear weapons development program.”

“Meaningful dialogue can only happen when the DPRK ceases such provocative and highly dangerous actions,” the Philippines’ top diplomat added.

Cayetano also noted the “readiness” of the Association of Southeast Asian Nations (ASEAN) to help build peace in the Korean Peninsula.

“We also reiterate ASEAN’s readiness to play a constructive role to help reduce tensions and promote peace in the Peninsula,” Cayetano said.

Cayetano’s statement came after North Korean leader Kim Jong-Un on Wednesday said his country successfully tested a new missile capable of hitting anywhere in the US.

The intercontinental ballistic missile (ICBM) launch snapped a two-month pause in testing by the North and poses a new challenge to US President Donald Trump who has vowed such a capability “won’t happen.”

Reacting to North Korea’s new missile test, Trump said at the White House, “It is a situation that we will handle.” The US leader did not elaborate. – with reports from Agence France-Presse/Rappler.com