Nov 29, 2017 5:05 PM PHT
Rappler.com
Facebook Twitter Copy URL
Copied
The central bank will circulate the new coin on December 1 to commemorate the 154th birth anniversary of the father of the Philippine Revolution, while other newly designed coins will be circulated in January 2018 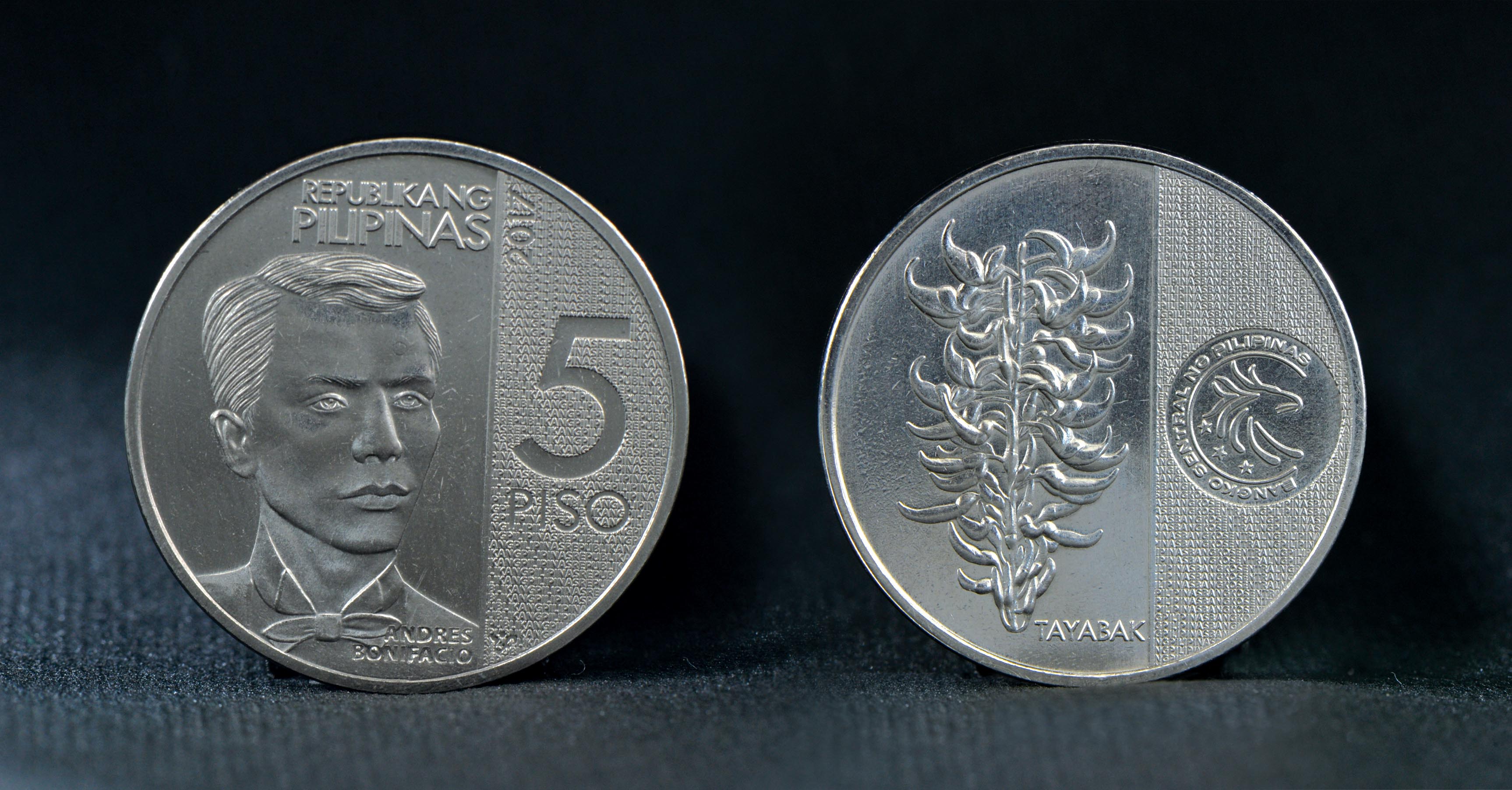 The new P5 coin will be released in circulation ahead of other new coins to honor Bonifacio’s 154th birth anniversary on Thursday, November 30, as well as his 120th death anniversary last May 10.

The BSP said the rest of the denominations of the NGC Coin Series will be released for circulation in January 2018.

The portrait of Bonifacio, the Father of the Philippine Revolution, is etched on the obverse of the coin, along with the markings, “ANDRES BONIFACIO,” “5-PISO” and “REPUBLIKA NG PILIPINAS” in bold font and in microprints, and the mint mark.

The reverse side features the tayabak, a Philippine endemic plant, the BSP logo, and “Bangko Sentral ng Pilipinas” in microprint.

The new P5 NGC coin is 25 millimeters in diameter and weighs approximately 7.4 grams.

The rest of the coins in the NGC Series will also feature the BSP logo, national heroes, and endemic flora, consistent with the design of the NGC Banknote Series, launched in 2010, which also highlights Philippine fauna.

The central bank noted that the NGC Coin Series uses the latest technology in minting coins and features enhanced security to deter counterfeiting as well as improve wear and corrosion resistance capabilities.

At the same time, it saves the BSP minting costs, avoids risks arising from unexpected volatile swings in metal prices, and also deters the illegal hoarding of coins for melting and shipment to other countries.

In July, the BSP announced the dropping of the 10-centavo coin from the roster and the launch of the redesigned coins before the end of the year.

The existing one-centavo, 5-centavo, 10-centavo, 25-centavo, P1, and P5 coins have been in circulation since 1995, while the P10 coin with the profiles of Bonifacio and Apolinario Mabini on the obverse side was issued in 2001.

The BSP has already completed the demonetization of the New Design Series (NDS) banknotes or old bills on June 30 but has allowed again the swap or exchange to NGC bills until December 29. – Rappler.com