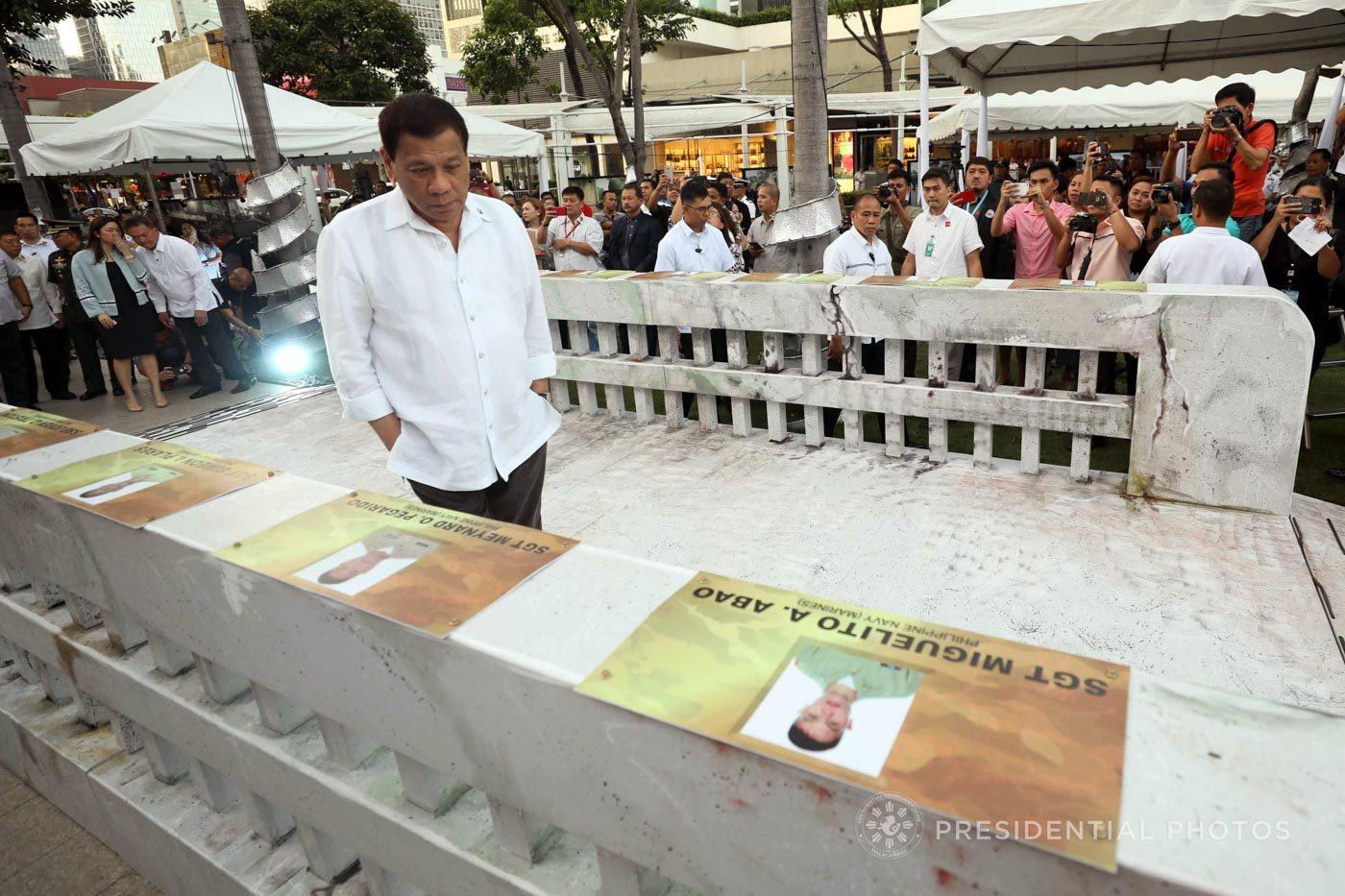 MANILA, Philippines (UPDATED) – Just as he did last year, President Rodrigo Duterte is expected to be in Mindanao on November 30, Bonifacio Day, as he skipped formal ceremonies for the occasion.

Duterte will honor a commitment in Mindanao to visit a “conflict-ridden” area there, according to Presidential Spokesman Harry Roque.

Roque did not disclose the exact location for security reasons.

A source, however, said Duterte will be in Davao City. The same source said the President will be going to Sulu on Friday, December 1.

Duterte chose to spend the holiday in his home region instead of accepting an invitation to lead rites to commemmorate the 154th birth anniversary of Andres Bonifacio in Caloocan City, where the Bonifacio Monument is located.

He was instead represented at the event by Defense Secretary Delfin Lorenzana. Vice President Leni Robredo was also at the event to honor the father of the Philippine Revolution.

He spent the holiday then in a town less than 10 kilometers from Butig town, Lanao del Sur, where soldiers launched offensives against the Maute terror group. – Rappler.com