Facebook Twitter Copy URL
Copied
On Bonifacio Day, activists who traditionally hold rallies to denounce government abuses, are pushed away from Mendiola to give way to a crowd sympathetic President Rodrigo Duterte

MANILA, Philippines – It wasn’t the kind of Bonifacio Day rally that we had been used to: the participants weren’t protesting against government; the cops pretty much left them alone; and they had air-conditioned tents and portable toilets inside the gated area of Mendiola, leading to the Malacañang Palace in Manila.

They were supporters of President Rodrigo Duterte who would, later in the day, read a declaration that would “grant” the Chief Executive revolutionary powers to rewrite our Constitution and solve the country’s problems without checks and balances from other branches of government.

On Thursday, November 30, birth anniversary of Andres Bonifacio, the activitists, who year after year would rally to denounce government abuses and shortcomings, were pushed away from the historic Mendiola so authorities could give way to a crowd sympathetic to the President.

While anti-Duterte protesters were pushed and shoved by policemen along Loyola Street, pro-revolutionary government (RevGov) demonstrators went on with their program undisturbed by authorities across the Mendiola Peace Arch.

Before noon, Recto Avenue, Legarda Street, and San Rafael Street were already locked down for the RevGov rally, where participants, by estimates of the Manila Police District, peaked at 5,000. Legarda Street, which in the past was barricaded by cops during rallies, this time was fenced by RevGov demonstrators, who held up streamers to prevent vehicles from entering. On the same street was parked at least 10 buses that shuttled the RevGov crowd to Mendiola.

When a group of RevGov “riders” arrived, they held up their clenched fists, while “guards” held down the banners that served as fences to allow the riders to pass through.

The “riders,” who wore neon vests and badges of their respective organizations, were tasked as marshalls. They barricaded the stage, and banned anti-Duterte protesters from entering the vicinity. From afar, they looked like cops and traffic enforcers. 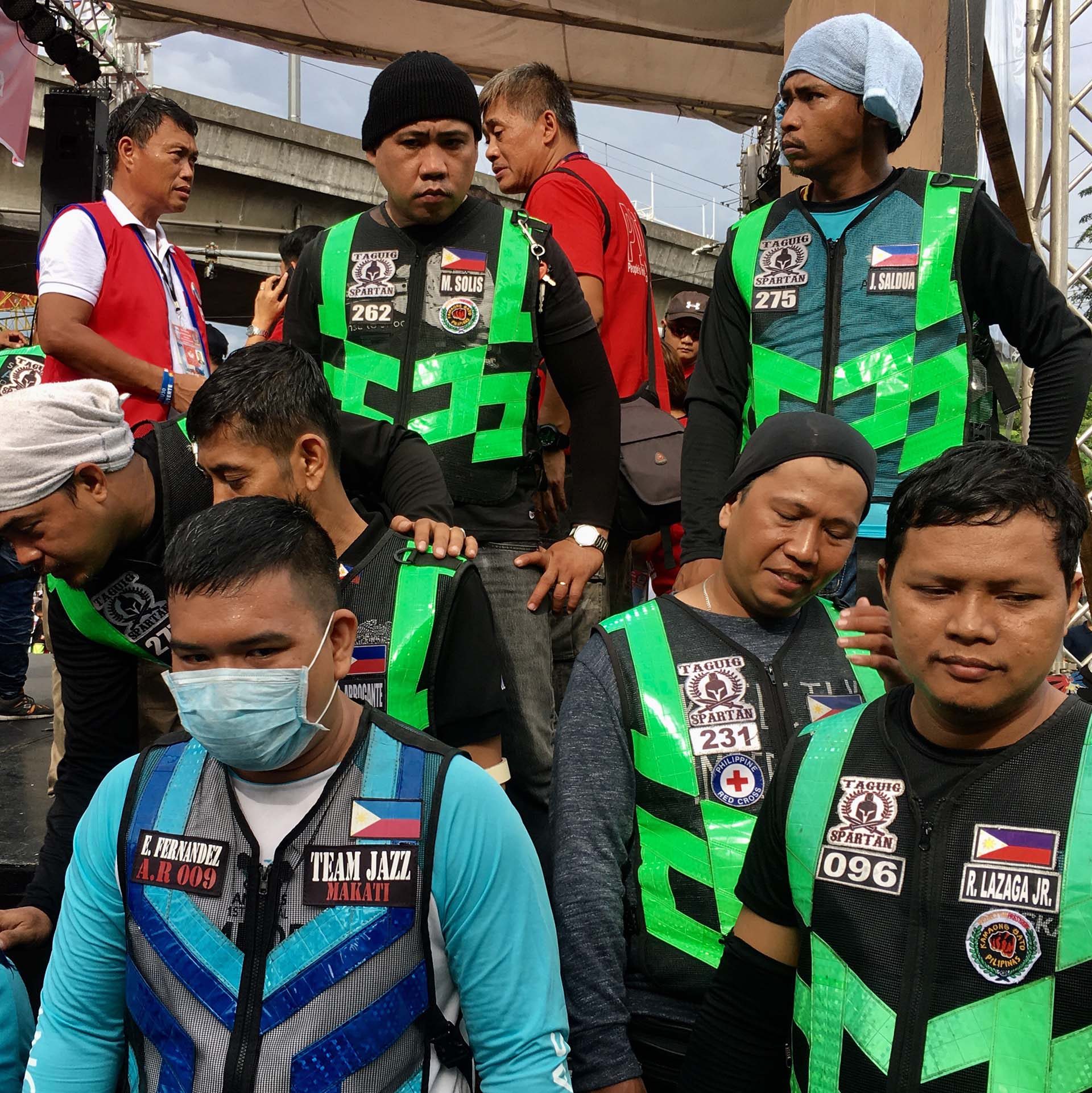 The pro-Duterte People’s Solidarity Federal Party was allowed to set up air-conditioned tents and portable toilets inside the gated area of Mendiola, which was usually inaccesible to anti-government protesters in the past.

Santa Mesa Police Station Superintendent Ruben Ramos said at least 1,600 policemen from different stations in Metro Manila were deployed to the RevGov rally. There were no cops stationed around the stage and the crowd, however.

In contrast, along Loyola Street, at least 50 District Public Safety Batallion cops held up shields against the anti-Duterte group who attempted to get through Mendiola to face the RevGov crowd. A fire truck also hosed down militant protesters. At about 3 pm the anti-Duterte protesters backed down against the cops and decided to burn their effigy of President Duterte and United States President Donald Trump on Loyola Street instead of the symbolic Mendiola.