Dec 1, 2017 5:30 PM PHT
Lian Buan
Facebook Twitter Copy URL
Copied
The head of the Integrated Bar of the Philippines says anybody can file a complaint of inciting to sedition against DILG Assistant Secretary Epimaco Densing III 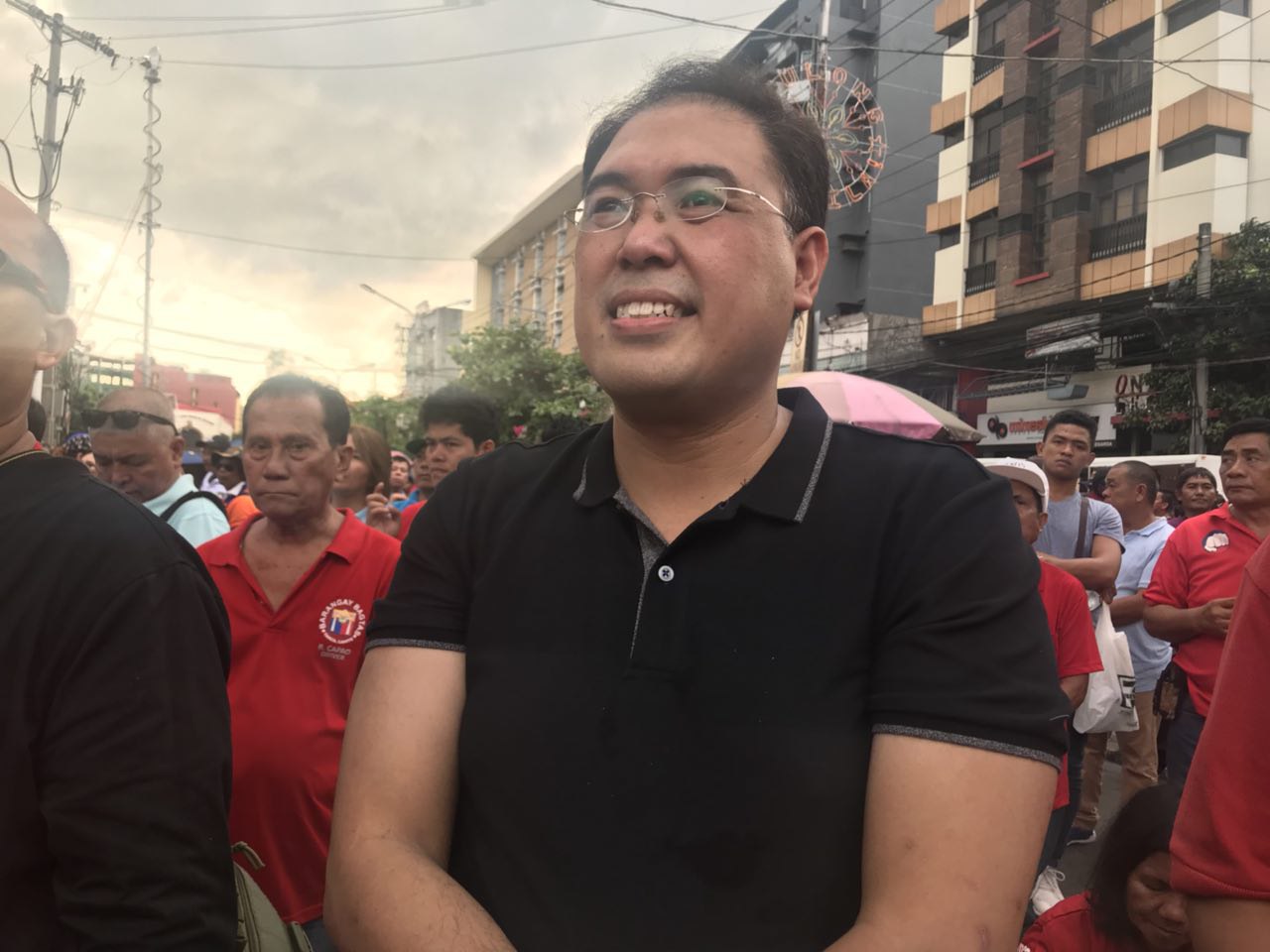 MANILA, Philippines – The attendance of Assistant Secretary Epimaco Densing III at the November 30 rally calling for a revolutionary government can be a test case in preventing the establishment of that new order, according to the head of the national lawyers’ organization.

Densing, assistant secretary for plans and programs at the Department of the Interior and Local Government (DILG), spoke on stage in Mendiola, where thousands of supporters “granted” President Rodrigo Duterte the powers to declare a revolutionary government to be able to rewrite the Constitution and effect a shift to a federal system of government.

Densing is in charge of the DILG’s federalism campaign, which the President’s party, the Partido Demokratiko Pilipino-Lakas ng Bayan, is spearheading.

“It’s a test case if someone files a complaint against him. It becomes justiciable as an issue in an administrative or criminal case,” Integrated Bar of the Philippines (IBP) national president Abdiel Dan Elijah Fajardo told Rappler in a text message.

Before the Bonifacio Day rally, Fajardo said preventive reliefs couldn’t be sought against pronouncements of a revolutionary government because it was not yet considered a justiciable issue.

A justiciable issue means an issue that can be subjected to a legal course of action.

This changed with Densing’s participation in the rally, Fajardo said. For starters,”some lawyers might say [he is liable of] inciting to sedition as defined under Article 142 of the Revised Penal Code.”

Densing said that neither he nor or any of the attendees incited to sedition, because sedition is “to do overt acts that will lead to Article 134, which is rebellion and insurrection or to take arms against the government.”

“What the invididuals did yesterday was to express support for a RevGov in a peaceful manner, without arms and not to rebel, offering revolutionary powers to PRRD,” Densing told Rappler in a text message. PRRD stands for President Rodrigo Roa Duterte.

Densing said the DILG has nothing to do with his attendance, and that he is supporting the revolutionary government only in a personal capacity.

In a Facebook video posted on November 27, Densing said that the “end product” of a revolutionary government is to transition to a federal government.e

Duterte has been pushing for a shift to federalism, and the House of Representatives is already in consultation with experts to assess the draft federal constitution submitted by the President’s party, PDP-Laban. (WATCH Rappler Talk: Federalism in PH – what Duterte’s party is proposing)

But Densing said the congressional consultation is too slow, thus the need for a transitory revolutionary government.

(In the current stage of lobbying and asking Congress to expedite the amendments to the Constitution toward a federal government, it looks like we can’t achieve it soon.)

What happens exactly in a revolutionary government?

As declared by various pro-Duterte groups under the Network Revolution (NetRev) umbrella, the 1987 Constitution will be set aside and will be replaced with a new set of laws.

With the view that a revolutionary government is unconstitutional, the proposal can be challenged at this point, especially with Densing’s involvement, the IBP president said.

“Unless reprobated by his superiors, his posturing may be interpreted as presumptively the official position of the government,” Fajardo said.

“I am not in any way part of organizers of Network Revolution who are private individuals wanting revolutionary powers for PRRD. Yesterday was a holiday and all of us invoked our right of freedom of expression of a political belief and aspiration, a right guaranteed and protected by our Constitution,” Densing said.

If Duterte decides to declare a revolutionary government, Monsod said he “can be considered resigned from the presidency.”

Monsod said that a revolutionary government “changes the central theme of our Constitution from social justice to the agenda of business.”

Monsod acknowledged that PDP-Laban’s draft federal constitution retains provisions for the existence of the judiciary, and other constitutional bodies like the Commission on Human Rights.

“There are no amendments to weaken the offices and safeguards,” Monsod said, but he keeps his reservations.

“It may occur to us that the agenda is to keep the institutions but to appoint people totally deferential to the President to occupy them, after the incumbents have retired, or resigned, or have been removed from office through impeachment or ‘for cause,’” Monsod said. – Rappler.com