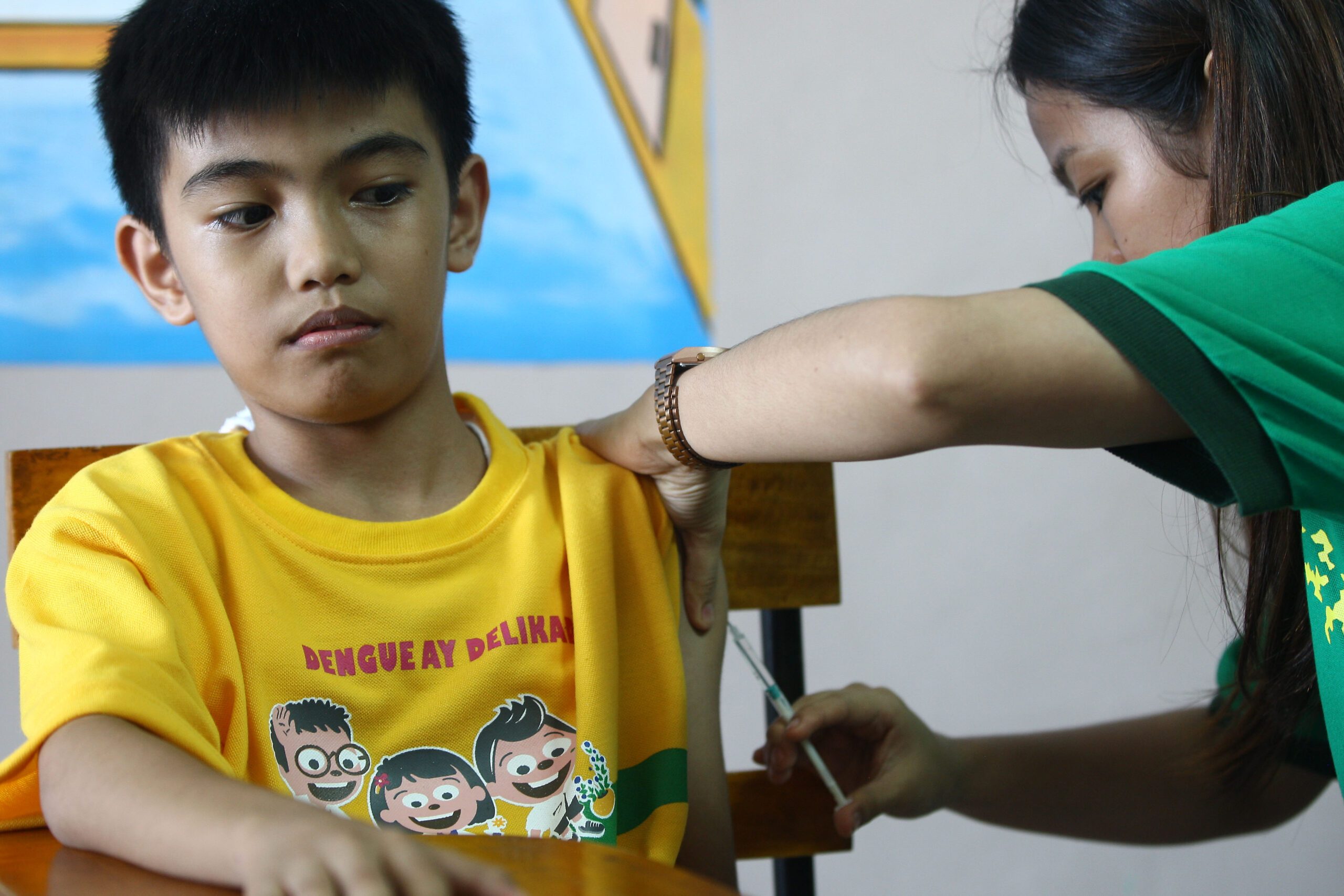 MANILA, Philippines – The Senate will investigate the Department of Health’s procurement of anti-dengue vaccine Dengvaxia, after manufacturer Sanofi Pasteur said it may cause “severe disease” to those who have no prior infection of the virus.

Senator Joseph Victor Ejercito, chair of the Senate committee on health, said he would convene a probe in January with the blue ribbon committee chaired by Senator Richard Gordon. (READ: Vaccinated Filipino youth now at risk of getting severe dengue)

“As chairman of the Senate committee on health and demography, I am convening a probe on the disturbing new findings…My committee will invite current DOH Secretary Francisco Duque and former secretary Paulyn Ubial in order to find out what actions will government take to protect those who may be exposed to the drug’s negative effect,” Ejercito said in a statement.

“I intend to conduct the investigation jointly with the blue ribbon committee so that we can investigate if there was any irregularity in the procurement of the vaccine,” he added.

The blue ribbon committee has started the probe into the issue but has yet to wrap up the proceedings.

Senate President Aquilino Pimentel III said the chamber would likely investigate the matter and added the people who made money out of the deal should be held accountable.

“We need to study the findings very well. And if we are convinced, then we have to fight back against all those who made money out of this very dangerous transaction which can expose our children to severe diseases and even death,” Pimentel said in a text message.

Pimentel said he would coordinate with Gordon on the schedule of the probe.

Gordon, for his part, accused the Aquino administration of “railroading” the procurement process, saying it was already given to schoolchildren even before the World Health Organization issued pre-qualification guidelines.

“This admission by Sanofi that the Dengvaxia poses risks shows that when the Aquino administration procured it and the DOH (Department of Health) proceeded to inoculate 280,000 children initially, the vaccine was not yet ready for distribution. Now we have the evidence on that,” Gordon said.

When the program was launched in April 2016, health experts had raised the alarm for the “rushed” implementation of the mass vaccination. At the time, studies on the vaccine’s safety have not been completed.

Senator Joel Villanueva, for his part, said DOH officials and Sanofi should be made accountable for the incident.

“We should hold the appropriate DOH officials responsible for haphazardly allowing the vaccine to be administered to students, without extensive due diligence on the effects of the drugs and without waiting for the results of comprehensive clinical trial,” Villanueva said.

“Sanofi should also be made accountable for their haphazard release of the drugs without complete and proper clinical studies,” Villanueva added.

Villanueva also expressed his disappointment that Sanofi only recently revealed the result of their clinical study, after the DOH has already purchased P3 billion worth of the vaccine.

DOH Secretary Francisco Duque III said over 700,000 Filipino children in Luzon have been given the dengue vaccine under the government’s mass immunization program.

Aside from the Philippines, 10 other countries approved the commercial release of the vaccine. The other Asian countries are Thailand and Singapore. – Rappler.com