CAAP all set for holiday passenger rush in airports 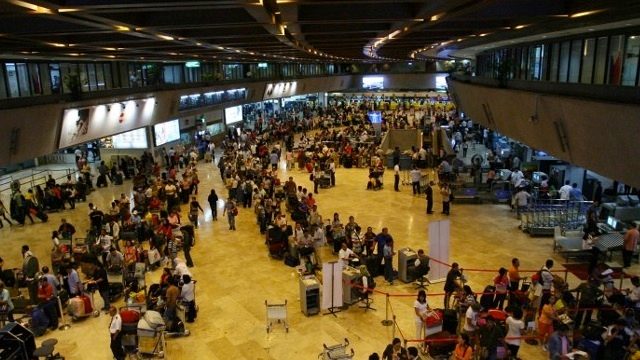 MANILA, Philippines – The Civil Aviation Authority of the Philippines has started its “CAAP Balik Pasko 2017” initiative to prepare for the influx of air travel passengers this Christmas season.

CAAP Director-General Jim Sydiongco said all 35 airports operating commercially under its supervision are ready for the holidays, as he noted that the number of air passengers is expected to increase by almost 10%.

Under the CAAP Balik Pasko 2017 program, the agency has put in place measures to “ensure safe, reliable and convenient operations” from December 1 to January 5.

In a press statement, CAAP said they have already coordinated with airlines for the “efficient processing” of passengers especially at check-in counter.

“Concerned government agencies operating at the airports – including the Office of Transportation Security (OTS) and the PNP Aviation Security Group have also been directed to deploy sufficient personnel at their area of concern to ensure smooth passenger flow,” CAAP said in a statement on Sunday, December 3.

The agency also said that more airline staff have been scheduled for additional duty and that all leaves for operations personnel are suspended during the holidays.

Sydiongco also reminded all employees and officials to strictly adhere to the government’s “No Gift Policy,” as clearly stated in Republic Act 6713 or the Code of Ethical Standards for Public Officials and Employees. – Rappler.com