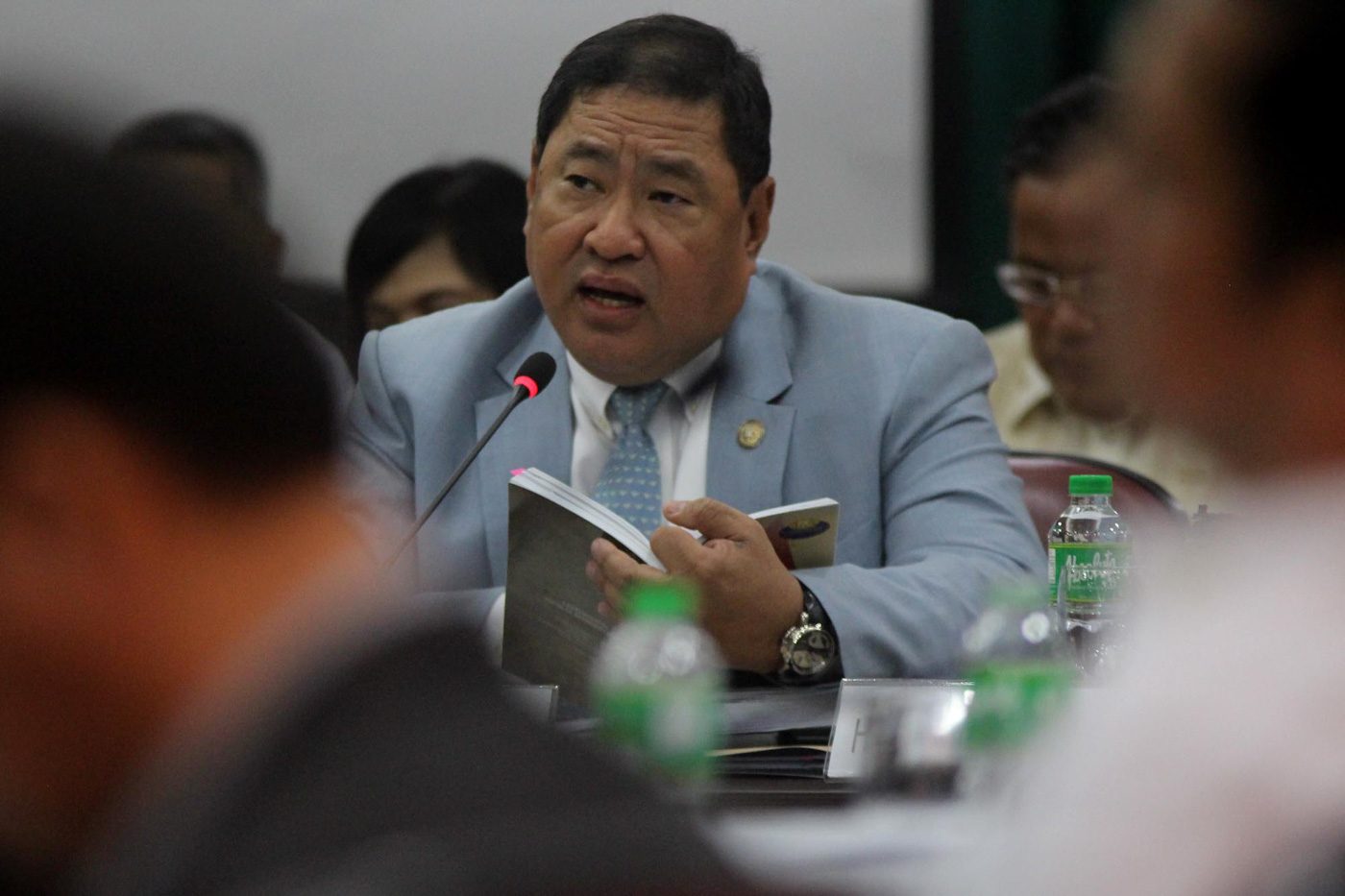 Facebook Twitter Copy URL
Copied
'I believe that this charade is heading nowhere but to a monumental fuck-up that the House should immediately dismiss,' Akbayan Representative Tom Villarin had said, drawing flak from members of the House justice committee

Leyte 3rd District Representative Vicente Veloso made a manifestation urging the committee to take a “serious look” into statements made by a legislator whom he did not name.

Veloso raised the issue as the committee discussed a show-cause order issued against two Sereno spokespersons and a Commission on Human Rights (CHR) commissioner, as well as statements made by complainant Larry Gadon.

SAGIP Representative Rodante Marcoleta later on said their colleague had described the proceedings at the committee as “fucked up.”

House justice committee chairman Reynaldo Umali, in a chance interview on the sidelines of the hearing, declined to name who the legislator was but agreed to refer the matter to the House committee on rules.

They were likely referring to statements made by Akbayan Representative Tom Villarin.

Villarin, on Sunday, December 3, said the committee should no longer “continue the charade” after the appearance of Associate Justice Teresita Leonardo-de Castro as resource person in the hearing.

Villarin, a member of an independent minority bloc, said that based on De Castro and Gadon’s answers to questions from the committee, no impeachable offenses were committed.

“Opinions, hearsay, rants, and innuendos don’t add to anything substantive that would give probable cause for trial to proceed. If ever, dissent and disagreements within the Supreme Court are normal and resolved internally in said institution,” Villarin said.

“I believe that this charade is heading nowhere but to a monumental fuck-up that the House should immediately dismiss so we can tackle other important business like the BBL (Bangsamoro Basic Law) and other priority legislation. Otherwise the public will have a bland Yuletide entertainment from the House,” he added.

Umali said the concerns of the committee members will be forwarded to the House rules committee “to take action.”

Umali added that fellow legislators must “maintain the respect that is expected of them as members of the House and the respect for the work of the impeachment committee as a constitutionally mandated committee.”

Villarin is part of a minority bloc that once insisted it was the “legitimate” minority in the House.

But since they are not recognized as the minority, they are not entitled to slots in House committees. Villarin and his colleague in the independent bloc, Albay 1st District Representative Edcel Lagman, had tried to either be part of the committee or at least participate in it. Their motions were rejected.

The committee is currently deliberating on whether there is probable cause to pursue the impeachment complaint against Sereno. Umali expects the committee to vote on the complaint – on whether to reject it or to impeach the Chief Justice – by January 2018. – Rappler.com