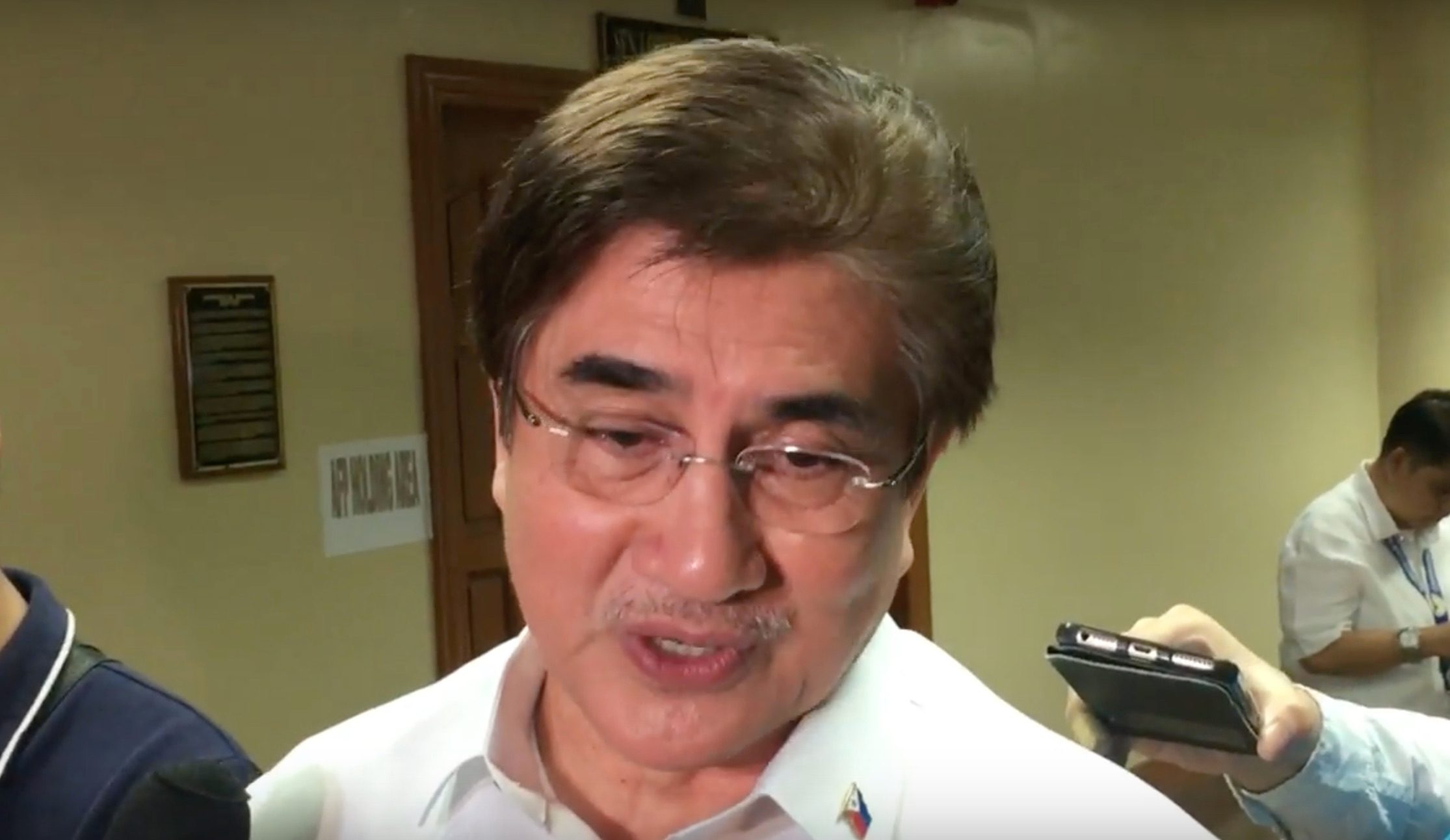 Facebook Twitter Copy URL
Copied
But the outgoing senator says, 'I'll cross that bridge when we get to it but it would be difficult... to refuse the country if the country needs me'

MANILA, Philippines – Senator Gregorio Honasan is silent about his supposed impending appointment as secretary of the Department of Information and Communications Technology (DICT).

Honasan, who is set to leave his Senate seat in 2019, dismissed the issue as a “rumor” and said he is bent on finishing his term.

“That’s a rumor. I have a term to serve and finish. I’ll cross that bridge when we get to it but it would be difficult for somebody with my track record to refuse the country if the country needs me,” the senator told reporters on Wednesday, December 6.

He, however, refused to comment if there are offers for him to take the position after. “I cannot confirm or deny,” the lawmaker said.

Honasan said he has to finish his term because of his mandate from the public.

“I have to. I was placed here, not by an appointing authority but through electoral mandate,” he said.

Reports claimed that the DICT top post is already being reserved for the 69-year-old senator, who has largely focused on military and security affairs.

Honasan is currently the chair of the Senate committees on National Defense and Security and on the Peace, Unification, and Reconciliation.

Honasan is a 4-term senator who graduated from the Philippine Military Academy (PMA) in 1971. (READ: 10 things to know about Gringo Honasan)

He was accused of plotting the deadliest coup attempt in December 1989 when soldiers tried to attack Malacañang Palace.

In 2006, Honasan went into hiding after he was charged for rebellion for supposedly leading the 2003 Oakwood mutiny in 2003 and the 2006 foiled coup attempt against the Arroyo administration.

The charges against him have been dismissed in 2007, just a few months after he won as senator in the May polls. – Rappler.com