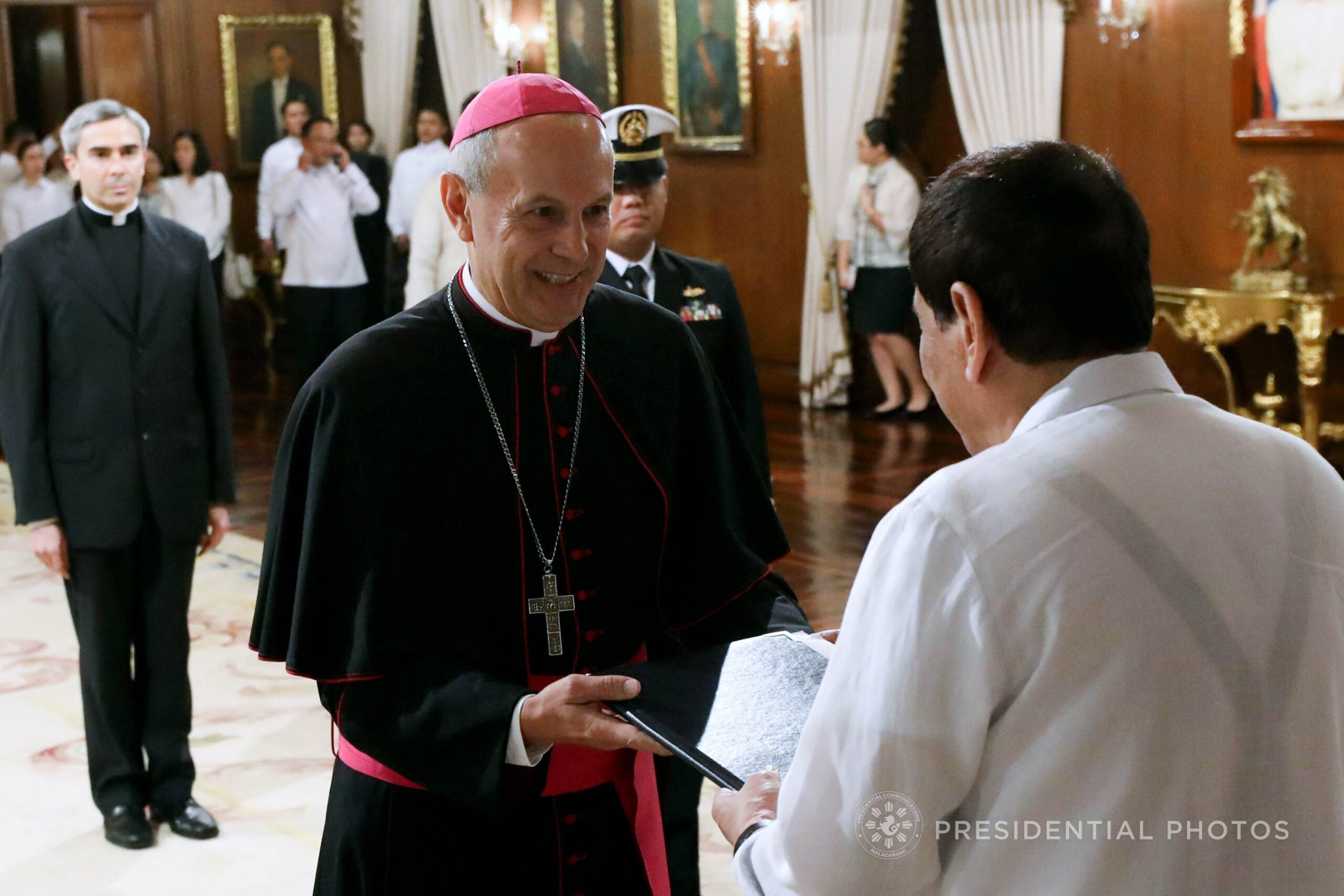 Caccia presented his credentials to Duterte as part of diplomatic protocol for newly named ambassadors.

Caccia replaced Archbishop Giuseppe Pinto whom the Pope moved to Croatia after serving in the Philippines for 6 years.

The 59-year-old Caccia arrived in the Philippines on November 10 and made his first public appearance on November 22 as main presider of a Mass at the Manila Cathedral. Caccia’s appointment comes at a time when Duterte has slammed the Catholic Church for criticizing his bloody war on drugs.

Duterte has broken the mold of a leader of a Catholic-dominated country by making controversial remarks directed at Pope Francis.

During his presidential campaign, he cursed the pontiff for traffic jams during his visit to the Philippines in 2015.

More recently, Duterte showed displeasure at the Pope’s decision to gift Senator Leila De Lima, one of the President’s fiercest critics, a rosary.

He even proposed, jokingly, to show the pontiff De Lima’s supposed “sex video” to make him change his mind about the lady lawmaker.

De Lima is detained over drug charges after an investigation by the Department of Justice and Congress hearings catalyzed by Duterte’s accusation that she facilitated drug trade in a national prison. – Rappler.com