Dec 6, 2017 5:45 PM PHT
Pia Ranada
Facebook Twitter Copy URL
Copied
'You never heard it from me. It was the councilors and maybe Tugade because that was what he needs to do the right thing,' says President Rodrigo Duterte 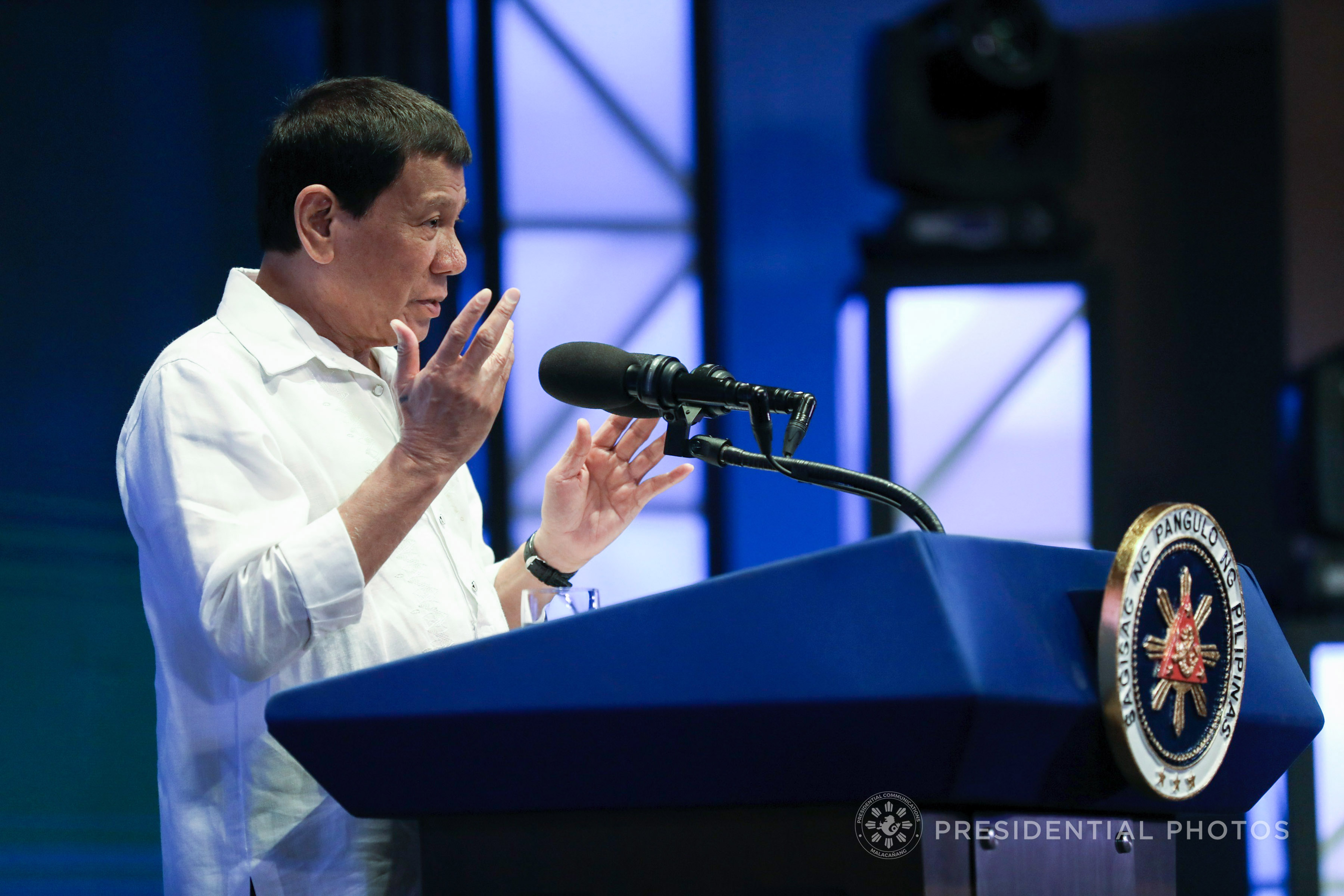 MANILA, Philippines – President Rodrigo Duterte distanced himself from calls that he be given emergency powers to manage Metro Manila traffic during a speech on Wednesday, December 6.

While his appointees, including Transportation Secretary Arthur Tugade, may have voiced the need for such powers, Duterte claims he never asked for it.

“You hear me [say] something like, ‘I am asking this power to expedite the traffic.’ You never heard it from me. It was the councilors and maybe Tugade because that was what he needs to do the right thing,” said Duterte during the oath-taking of new government appointees in Malacañang.

The President said he just stayed mum when the proposal was criticized as giving too much power to the executive branch.

One of the proposal’s critics last year was then-Kabayan Representative Harry Roque, now the presidential spokesman. In September 2016, Roque said the Duterte administration might only be asking Congress for emergency powers to get “blanket authority” over the traffic problem.

“I can challenge anybody here, you go back two steps if you heard me ask for powers because right then it was suggested by a lot of officials, ‘That’s difficult, those emergency powers, because there’s no bidding, there will be corruption,'” said Duterte in a mix of English and Filipino.

He said that even when House Speaker Pantaleon Alvarez and Senate President Aquilino Pimentel III brought up the emergency powers, he just “shut up.”

He then took a jab at lawmakers and other critics for not trusting him enough to use the emergency powers responsibly. (READ: Special powers for Duterte: LP senators want safeguards)

“I’m just quiet. If you don’t have confidence in us, then never mind,” Duterte said. – Rappler.com