Duterte to order mass arrest of NDF consultants ‘any day’ 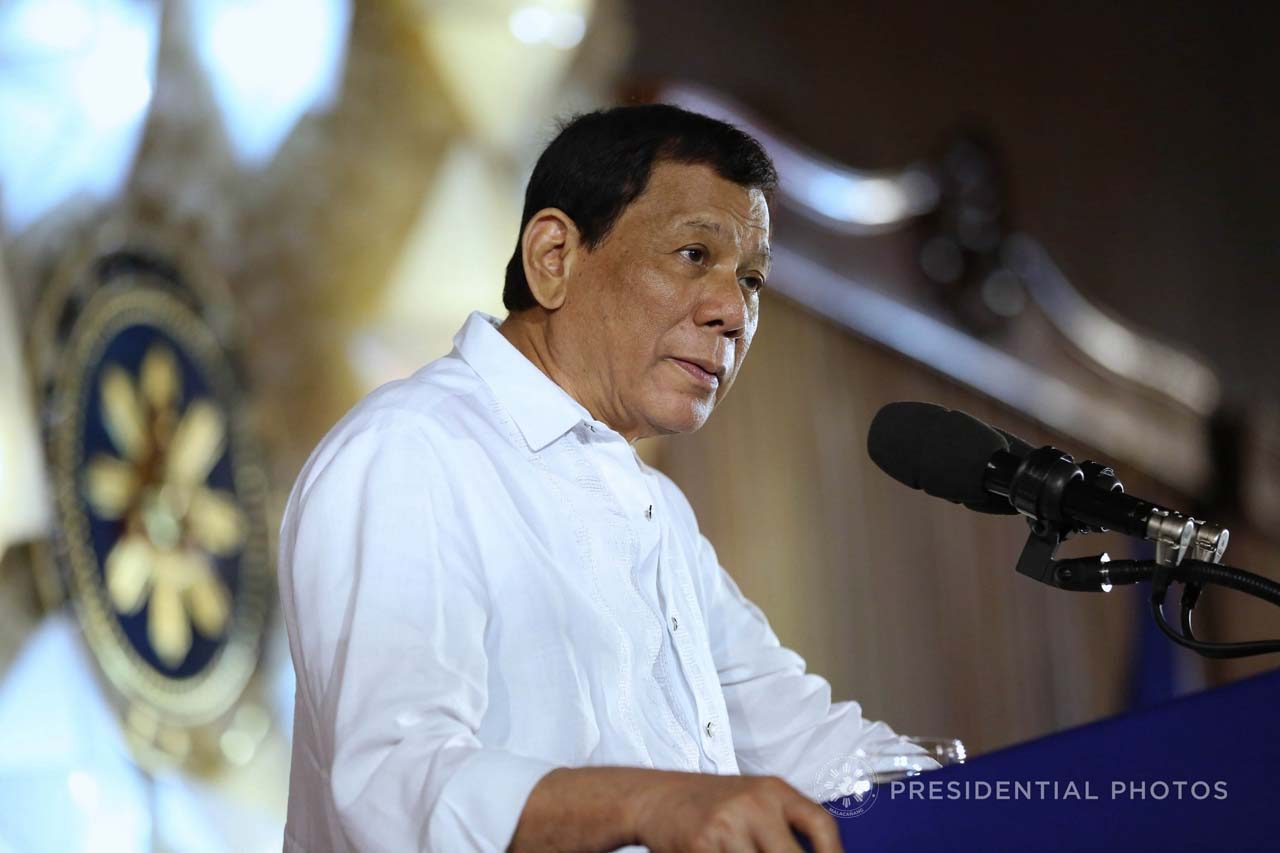 Facebook Twitter Copy URL
Copied
President Rodrigo Duterte says an insider has been 'secretly' giving him information about conversations of leftist leaders, information which led him to cancel peace talks

In a speech in front of new government appointees on Wednesday, Duterte said, “For those who are out temporarily, you will just maybe zero in now because any day, I will order for their mass arrest.”

The President said he had ordered government officials to facilitate the temporary release of around “32” jailed NDF consultants, including New People’s Army (NPA) leaders Benito and Wilma Tiamzon, so they can participate in peace talks with the government.

The NDF is the political arm of the Communist Party of the Philippines (CPP).

Duterte formally ended peace talks with the signing of a proclamation on November 23.

Referring to the Tiamzon couple in his Wednesday speech, he said: “I concede to your brilliance or whatever, you are the ideologues, but then the simple matter is really sovereignty, is owned by the Filipino people and nobody else. And one day, I will just have you arrested.”

Duterte said an insider in the talks with the CPP was “secretly” giving him information about working documents and even conversations of leftist leaders.

The information prompted him to conclude that the Reds wanted nothing less than a coalition government, which was unacceptable to him.

“Mayroon isa diyan na (There’s someone) secretly providing me with the working papers and even the conversations. It would amount, actually, in the end, at the end of the day, it’s coalition [government],” said Duterte.

The President repeated that he cannot give the communists what he “does not own,” emphasizing that ta coalition government with them is not possible under the 1987 Constitution.

“The one who decides what the drift would be in the sovereignty of our country, Constitution says, are people who are elected by the people. So he might turn out to be a son of a bitch but he was chosen by the people,” said Duterte.

“Congress, Supreme Court, Executive Department – they are the ones ones who are the repository of governance,” he added.

The President made the statement a day after he signed a proclamation tagging the CPP-New People’s Army as a terrorist group. The Department of Justice was directed to file a petition with the court to make the declaration final.

Duterte had previously ordered the arrest of all CPP-NPA members and legal fronts funding them. – Rappler.com