MANILA, Philippines – House justice committee members on Wednesday, December 6, insinuated that Supreme Court (SC) personnel, particularly the heads of the committee and working group created to screen application for benefits, were incompetent and ill-equipped to do the work that originally belonged to Court Administrator Midas Marquez.

Grilling the SC personnel, the justice committee members continued the impeachment proceedings against Chief Justice Maria Lourdes Sereno, and tackled at length the supposed delay in the approval of application for survivorship benefits that widows of retired judges and justices can avail of.

Marquez, who was referred to as “Justice Midas” by the House members by virtue of his default rank as a Court of Appeals Presiding Justice, used to handle and process the benefits applications for direct referral to the Court en banc.

It effectively took away that power from Marquez, so now he has to give it first to the committee and the Technical Working Groups (TWGs) created by Sereno. They would in turn transmit it to the en banc.

There was disagreement on whether the law grants benefits retroactively, and before 2015, given that the en banc has been issuing different rulings, even revoking earlier decisions of their own, said Fabian. Thus, the committee was created to make the rules consistent.

In an earlier testimony, Marquez claimed that from an approval time that took an average of 2-3 weeks when he handled the applications, the committee is now taking an average of 1 year and 7 months.

Quezon City 1st District Representative Vincent “Bingbong” Crisologo was trying to corner committee chairperson lawyer Anna-Li Papa Gombio into admitting that the committee doubted Marquez’s recommendations whenever he transmitted the applications to them.

“Because you had some doubts, you study it on your own and you did not follow the recommendations of Justice Marquez?” Crisologo asked.

Much later in the hearing, Crisologo attempted again to pit the committee and group against Marquez. He led Fabian to say that they know some things that Marquez’s office doesn’t.

“Ayun pala, may mga bagay na hindi siya alam (That’s it, there are some things he doesn’t know),” Crisologo said.

Marquez defended Fabian by saying he only processed applications for judges of lower courts, when there are also applicants from higher courts. Tarlac 3rd District Representative Noel Villanueva went as far as saying the committee “failed in its mandate” compared to Marquez.

“When it was transferred to you, and this is the truth I’m seeing, the process became slow compared to when it was with the Office of the Court Administrator,”  Villanueva said in Filipino.

He concluded that Marquez seems to have been sidelined in matters of the Court, including the two contentious issues contained in the impeachment complaint: 1) Survivorship benefits and 2) Regional Court Administrator’s Office (RCAO).

“That’s why I get to entertain suspicions that the court administrator is being stripped of his rights, his obligation, and this is just some wild guess on my part, RCAO was made into the Judiciary Decentralized Office (JDO), and now instead of him transmitting the applications directly to the en banc, there needs to be a special committee, and to me, it’s plainly stripping him of his right to transmit to the court himself,” Villanueva said in Filipino.

He did not let Gombio respond. At one point, Villanueva told Fabian they lacked compassion.

Fabian engaged in an intense exchange with SAGIP party list Representative Rodante Marcoleta, who, before this interpellation, had already grilled the clerk of court and insinuated she was protecting Sereno’s interest because she owed the Chief Justice her term extension.

Asked about the bottleneck being with the TWG, Fabian said they were just being “fiscally responsible.”

“We can debate this issue until Kingdom come, but at the end of the day the issue is whether the surviving wives deserve those benefits in time, because these are needed,” Marcoleta said.

According to Marquez’s figures, 271 applications he processed were approved in 2-3 weeks’ time, but the committee has handled 25 applications over the last two years, and has approved only 12. 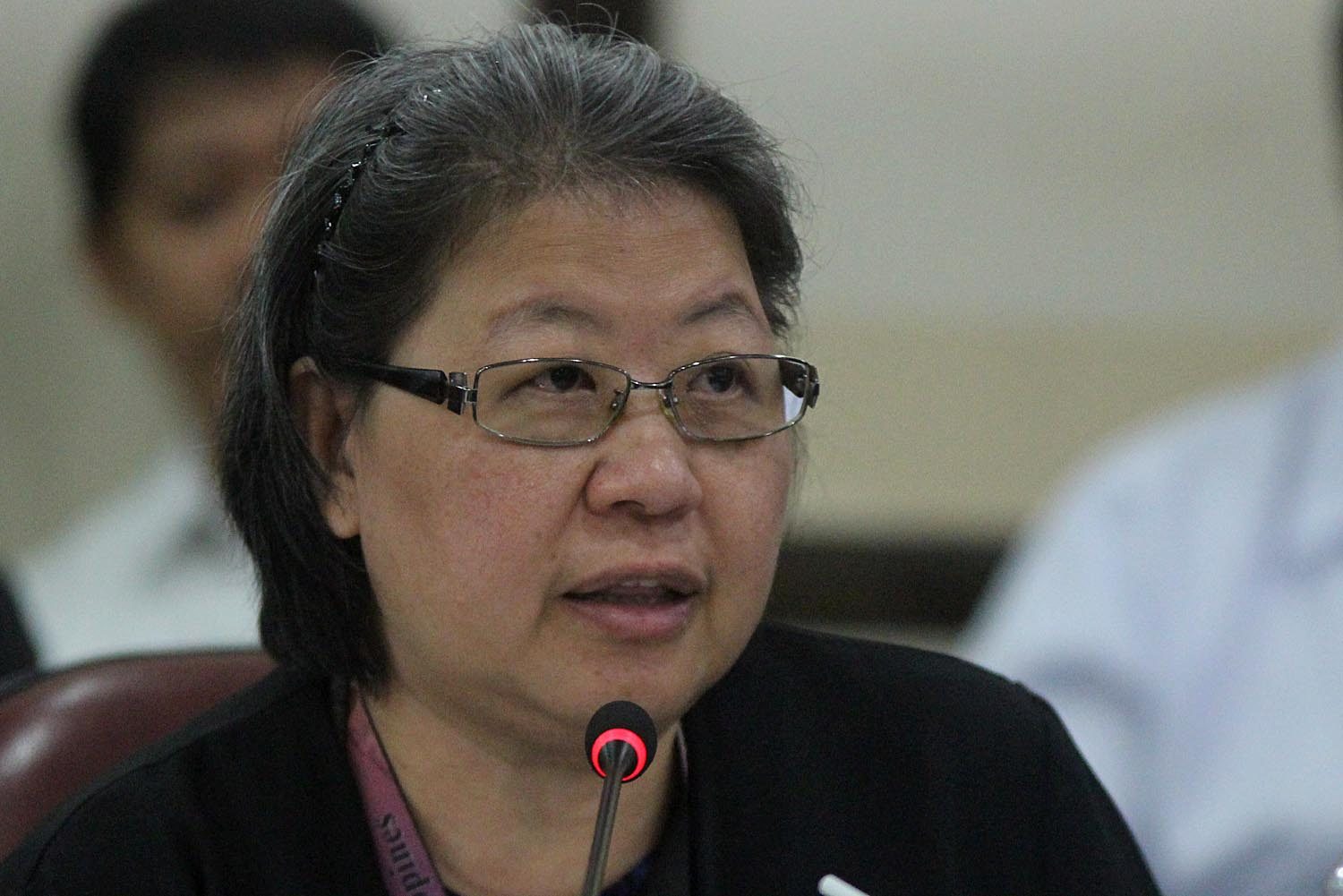 This highlights the issue of bureaucracy in government, more so the judiciary, a body that likes to stick to rules but is often criticized as compromising public interest.

But that is also the issue with RCAO. It is a decentralization effort that was authorized in 2006 but has yet to be realized for the same reason – Associate Justice Teresita Leonardo de Castro wants to stick to rules.

RCAO would have decentralized main functions which would have made it easier for regional courts to operate and dispense functions, but it is being resisted by some because it would take away control from the central office.

De Castro said she is not opposed to decentralization, but she just wants to follow the right process. Her contention is that Sereno unilaterally created a JDO that is not under Marquez, when RCAO was supposed to be under him.

Sources say there are trust issues between Marquez and the Chief Justice.

In 2011, Sereno – still an Associate Justice at this time – openly scolded Marquez for allegedly misinterpreting a court decision on the impeachment proceeding against resigned Ombudsman Merceditas Gutierrez.

In 2012, then presidential spokesperson Edwin Lacierda said that a leaked World Bank report pointed to alleged “questionable procurements and disbursements” made by Marquez as court administrator.

Lacierda said then that the report might be “just cause” to remove Marquez from office, but nothing happened.

Marquez has been court administrator for almost 7 years, and is applying to be a Supreme Court justice. He has missed being included in the last two short lists. – Rappler.com