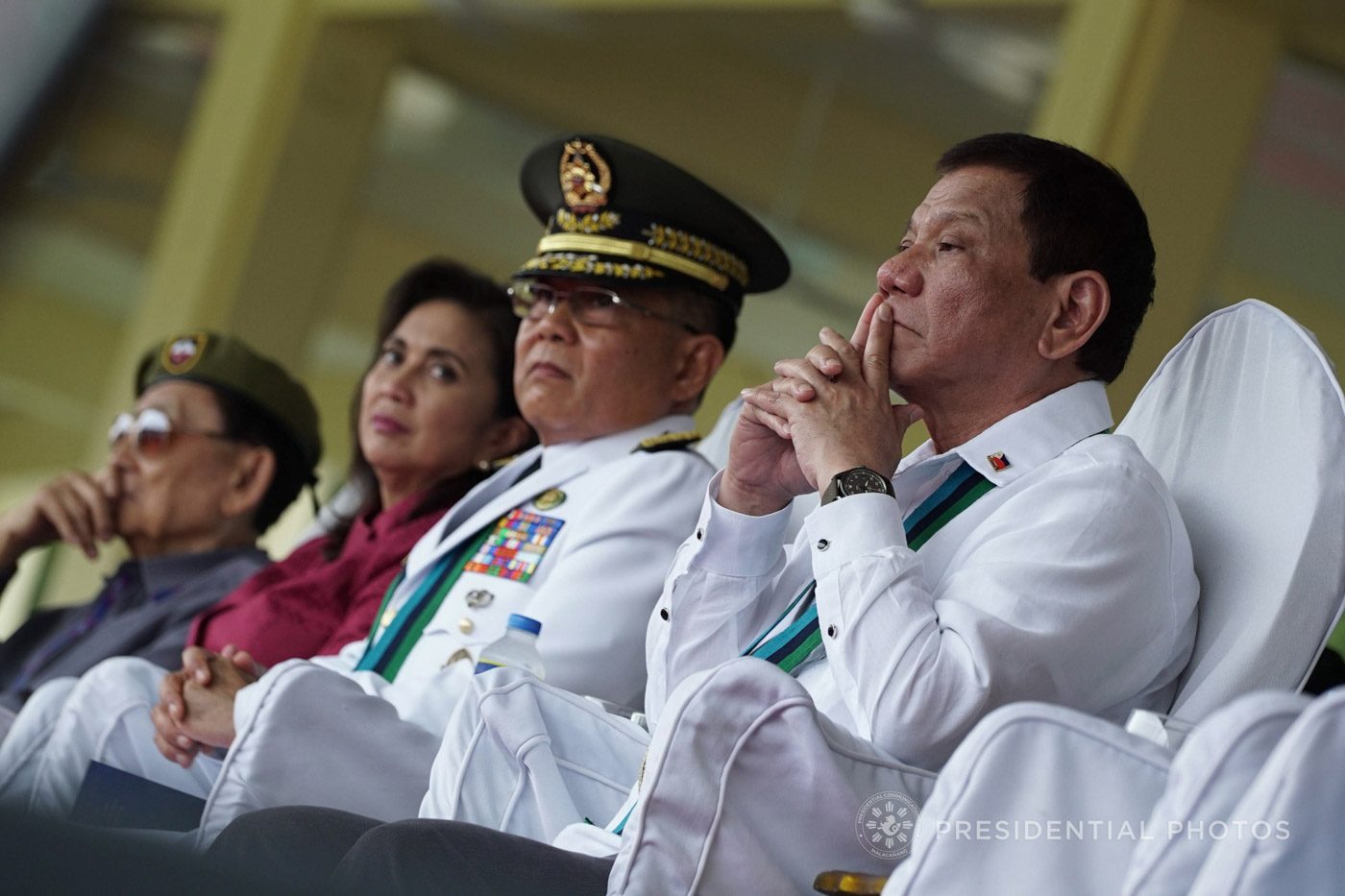 “AFP Chief of Staff General Guerrero will reach his age of compulsory retirement on December 17, 2017, and the President has extended his service to April 24, 2018, as per Republic Act No. 8186, or 6 months since he assumed office as AFP Chief of Staff,” said Roque.

Guerrero, who replaced Eduardo Año as AFP chief on October 26, was set to retire in December or serve only in the position for roughly two months. His appointment was only approved by the Commission on Appointments on Wednesday.

In a statement, the military said Guerrero is “profoundly grateful to the President for the latter’s continued trust and confidence” in him.

“This extension of the AFP chief’s military service will allow him more time to implement important plans and programs of the AFP especially in this challenging time that the nation faces threats from foreign and local terrorists and the CPP-NPA-NDF,” the military said.

Other presidents had also extended the terms of their military chiefs, who are supposed to retire when they reach the age of 56. During her administration, President Gloria Macapagal-Arroyo extended the term of General Hermogenes Esperon Jr, while President Joseph Estrada gave a 3-month term extension to General Joselin Nazareno. – Rappler.com