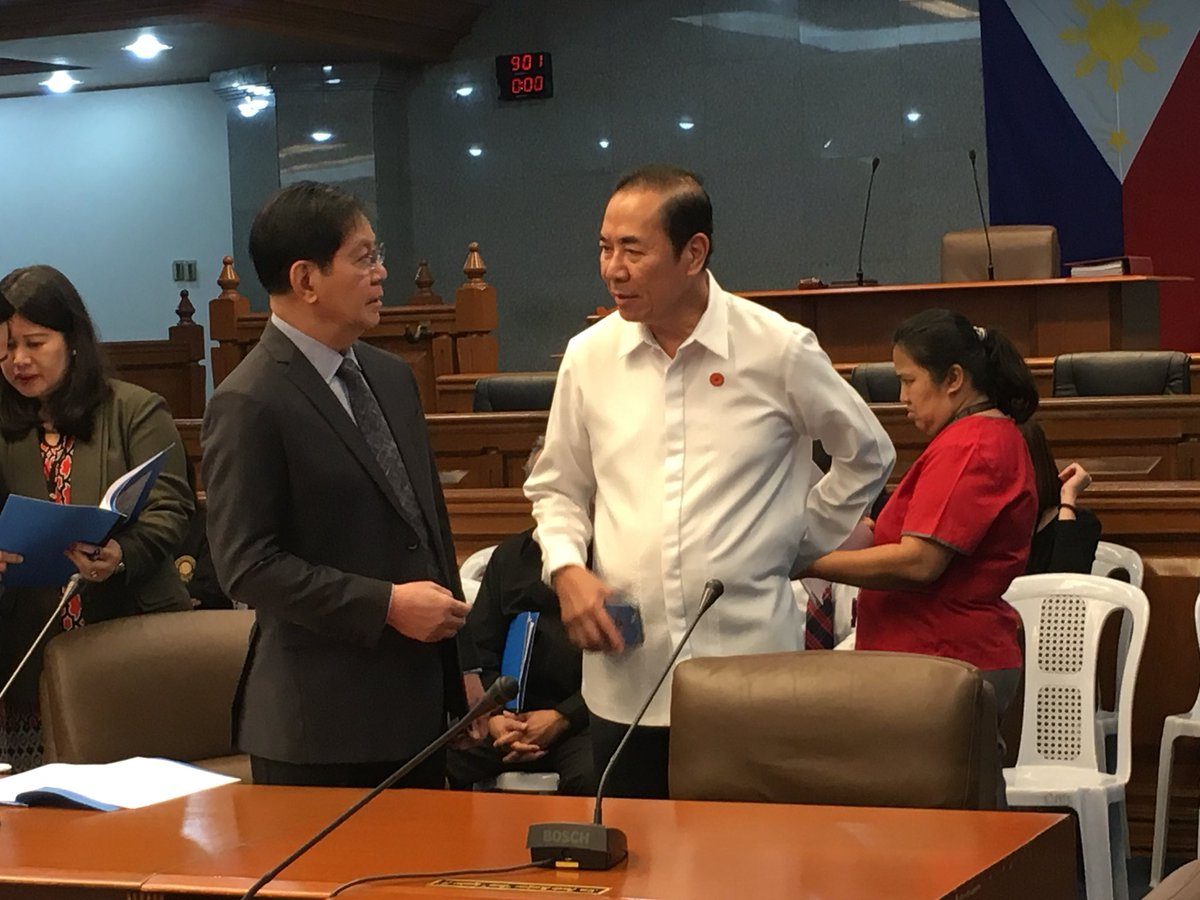 Facebook Twitter Copy URL
Copied
'There's no P8.7 billion paid in General Santos. I was not a corrupt secretary and definitely not a plunderer,' says former DPWH chief Rogelio Singson

“Let me say I did not profit or gained anything from these land claims as accused by Secretary Aguirre. There’s no P8.7 billion paid in General Santos,” he said in a Senate hearing on Monday, December 11.

“I was not a corrupt secretary and definitely not a plunderer,” je said.

Aguirre, using Catapang’s alleged knowledge on the matter, accused Singson and former Budget secretary Florencio Abad of benefitting from the scam. He also accused Eldon Cruz, the brother-in-law of former president Benigno Aquino III, of endorsing payment of claims to supposedly fake beneficiaries. Abad and Cruz did not attend the hearing.

Singson also disputed alleged letters of Cruz that were earlier shown in a DOJ presscon. He also cleared Aquino’s eldest sister Ballsy Aquino-Cruz from the controversy.

“[These] are fake and spurious letters because I myself verified these letters,” the former public works chief said.

In his opening speech, Singson also pointed out the inconsistences in the claims against the Aquino administration.

Contrary to the claims of the witness, he said the Aquino government only paid a total of P2.209 billion from 2010 to 2016 for region 12, including General Santos City,

He also said the supposed questionable road projects in the city started in the 1990s and that the titles were from 2003. He also said that the claims for the payment were filed in 2007 and 2009, before the Aquino administration took over in June 30, 2010.

“These were all done before 2010. Since I took over July 2010, we strictly followed procedure for validation and valuation, infrastructure right of way claim as contained in Department Order 34-series of 2007,” he said.

Singson said he ordered the suspension of land claims in 2012 as he found it questionable that the region had the highest payment claims. He ordered the revalidation of titles, in coordination with the Land Registration Authority central and region 12 offices. The DPWH also asked the Commission on Audit to do financial and legal audit and claims in the region.

“No payments were made in 2012. We just resumed payment March 2013 after we were satisfied with the validity and authenticity of the claims based on the supporting titles from the LRA,” the former official said.

“So again, from our side, we respect and we only pay on the basis of validated, verified titles from LRA. Wala kaming kinalaman sa lakaran dun sa mga sindikato for them to produce the title,” he said. – Rappler.com