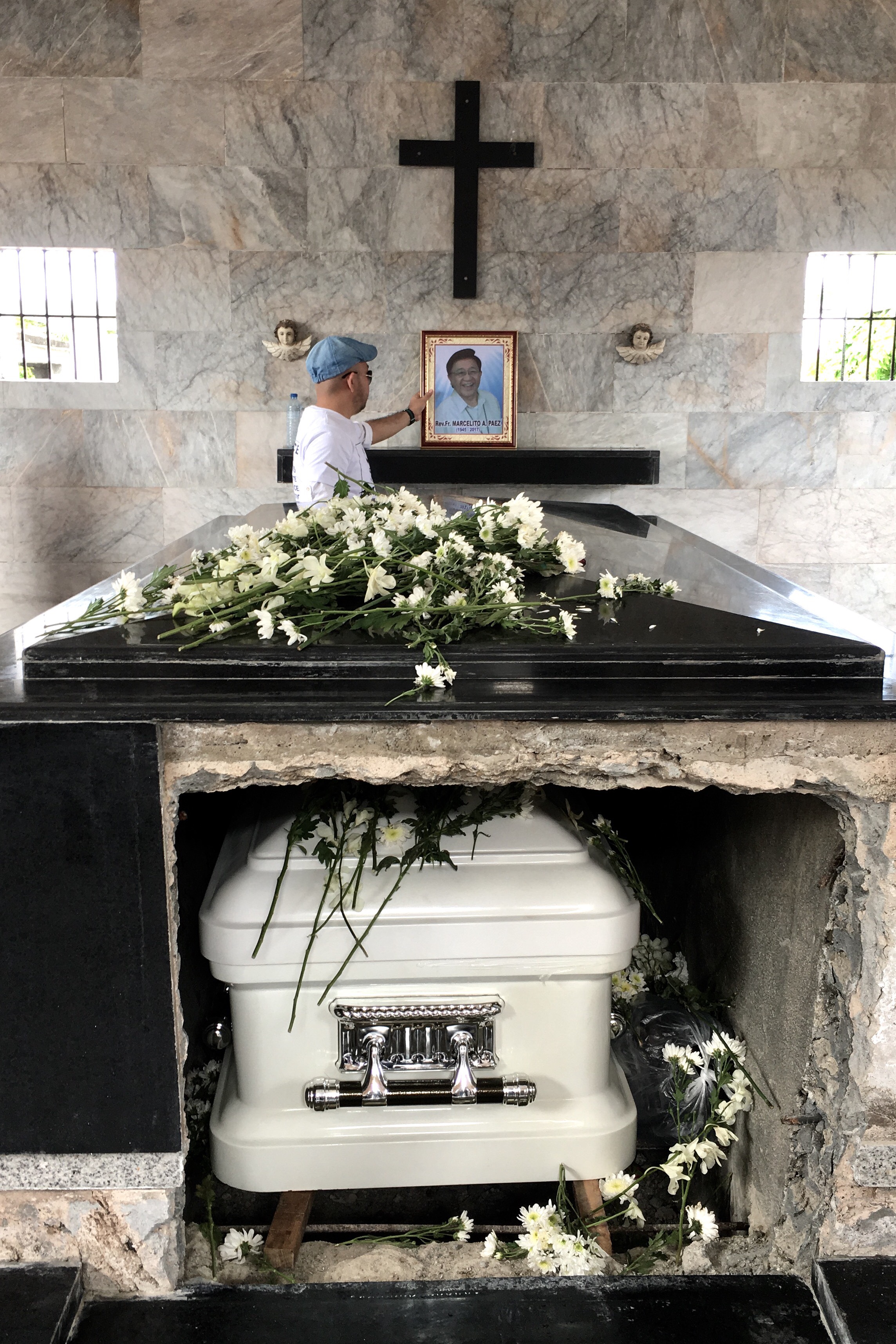 NUEVA ECIJA, Philippines – Father Marcelito “Tito” Paez, the priest who was shot dead by a still-unidentified suspect, was buried on Monday, December 11, at Santo Niño Cemetery in Nueva Ecija.

Paez, 72, was gunned down on December 4 as he was driving home after facilitating the release of a polictical prisoner.

At the funeral mass presided by San Jose City Bishop Roberto Mallari at the Saint Joseph Cathedral, here, Paez was remembered as a martyr and a revolutionary who stood up for the human rights of the oppressed. 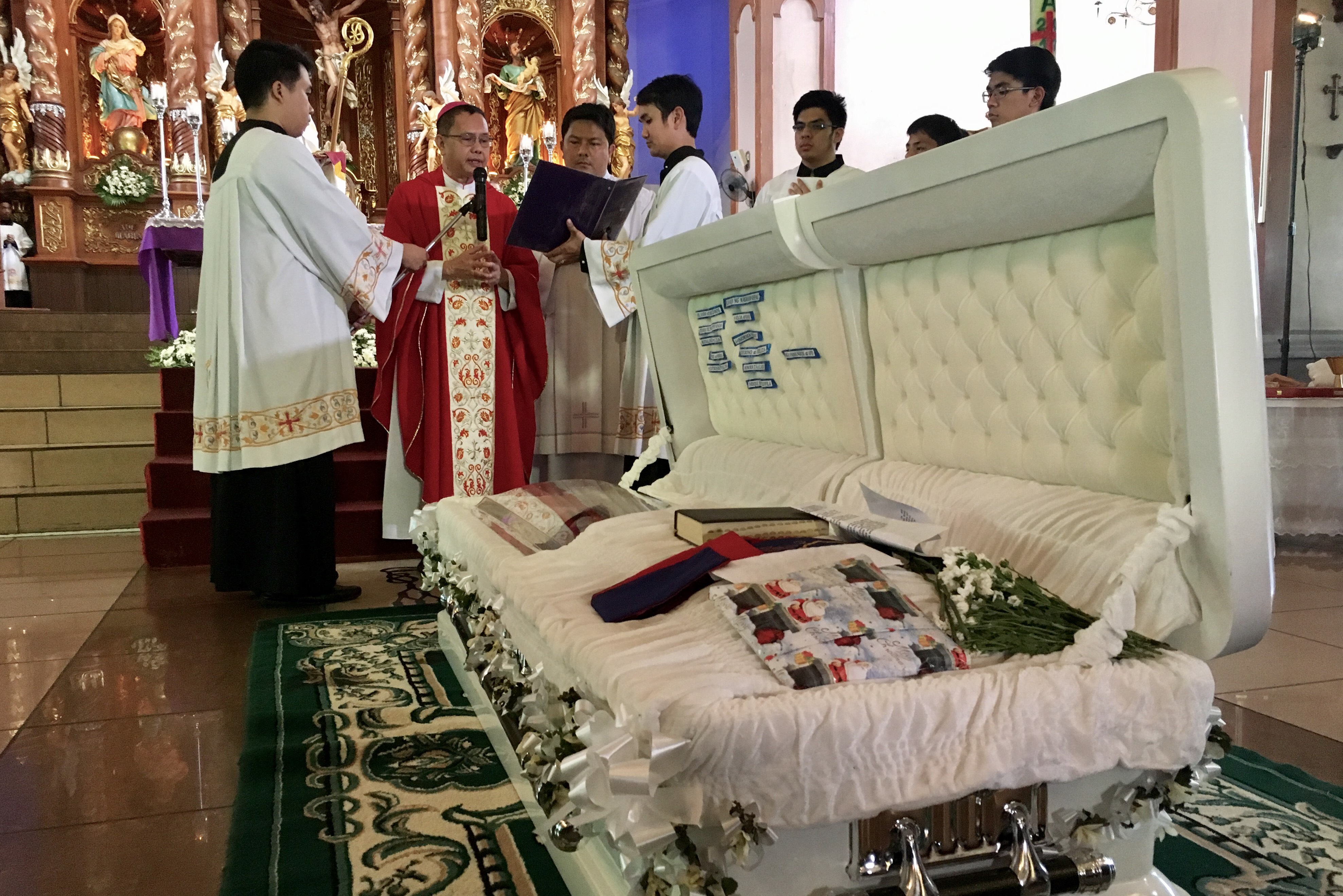 More than 100 priests, including the new papal nuncio Archbishop Gabriele Giordano Caccia, concelebrated the funeral mass. Bishop Mallari thanked Caccia for his attendance, which he said brought the “silent, loving, and prayerful” presence of Pope Francis.

In a statement after the mass, one of Paez’s brothers thanked the hundreds of sympathizers who attended the wake and the funeral of the priest. While they were already a big family of 12 siblings, he said their family grew even bigger with Paez’s death. 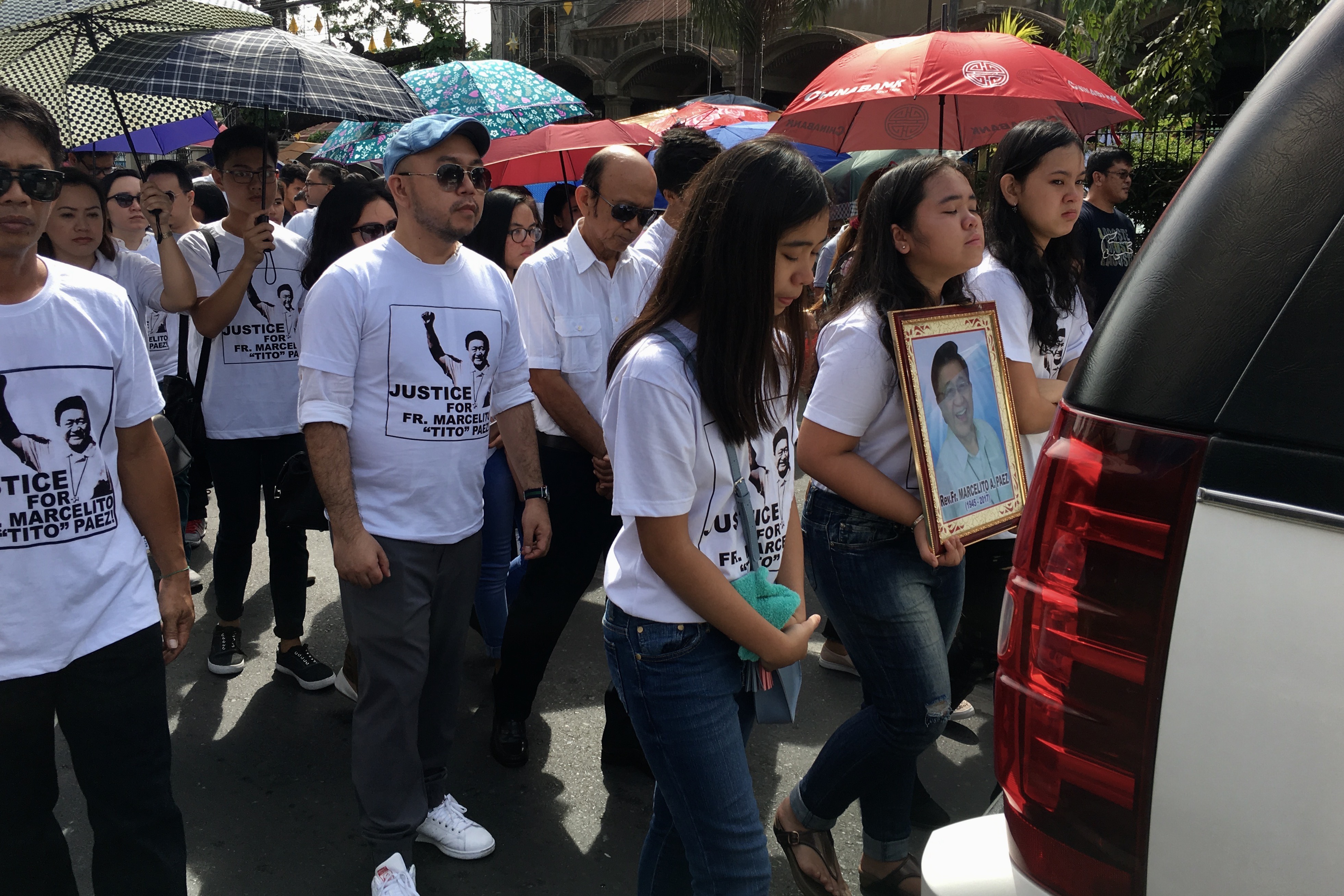