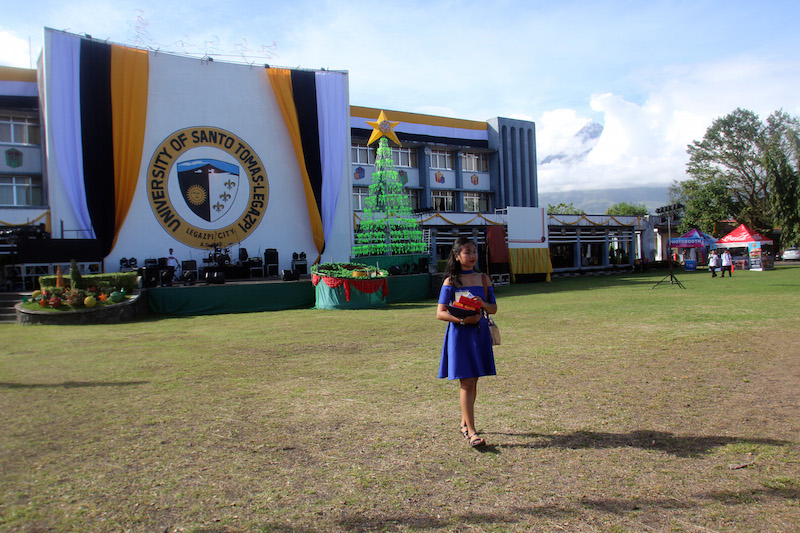 Fr. Ernesto M. Arceo, rector and president of UST-Legazpi, said that it is now the first UST outside Manila.

“The best practices of two institutions will be duplicated to upgrade the quality of education,” he said.

Arceo also said that the integration will allow them to bring in professors from UST Manila, especially for science-related courses.

The 70-year-old institution is the biggest Catholic university in Bicol, offering courses in the fields of law, medical courses, architecture, engineering, accountancy, teacher education and other arts and sciences courses.

Fr. Herminio Dagohoy, Rector Magnificus of UST Manila, clarified however that UST-Legazpi will remain an independent university and will retain its own board of trustees.

“I will just be an ex-officio member of the Board of Trustees of UST-Legazpi,” he said.

Dagohoy said that the two universities have already been closely collaborating even before the integration, with UST already supervising some of UST-Legazpi’s master’s programs, including Pharmacy and Law.

“The collaboration will continue and will include other disciplines. It will depend on UST-Legazpi to determine what programs to follow,” he said.

The Aquinas University Hospital will also be renamed as UST-Legazpi Hospital.

“The UST Hospital resident physicians, experts, [and] interns will also be coming in to UST-Legazpi Hospital and vice versa,” Arceo said.

The move to rename the region’s Dominican institution was based on a plan to integrate Dominican educational institutions to follow only two “traditions” or educational systems: Santo Tomas and Letran.

Aquinas is just one of the Dominican schools who signed a memorandum of intent (MOI) in December 2014 to ‘integrate’ with University of Santo Tomas. Angelicum College Quezon City and Angelicum School Iloilo will also serve as satellite campuses, bearing the name of UST.

The Angelicum College of Quezon City already signed a memorandum of agreement that would turn it to UST-Angelicum College and installing UST’s rector as the its own rector and chief executive officer.

UST campuses in Laguna and General Santos are also in the pipeline. – Rappler.com