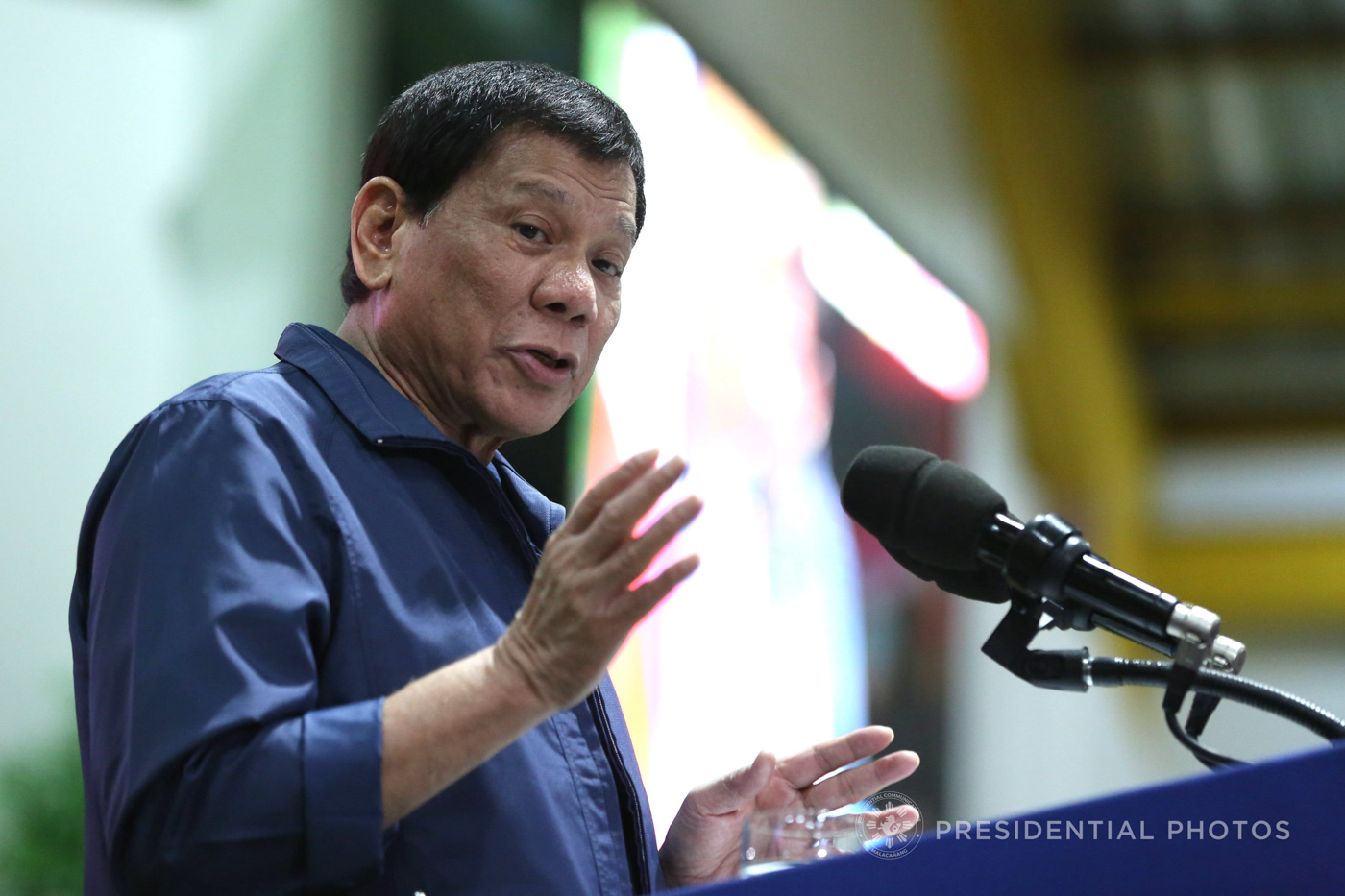 Editor’s note: Presidential Spokesperson Harry Roque earlier announced that President Rodrigo Duterte will abolish the Presidential Commission for the Urban Poor. He later corrected his statement and said the PCUP commissioners will be replaced but the commission will remain, which is reflected in this updated story.

MANILA, Philippines (2nd UPDATE) – President Rodrigo Duterte is set to fire all the commissioners of the Presidential Commission for the Urban Poor (PCUP), Malacañang announced on Tuesday, December 12.

“Number 1, it is according to him, a collegial body and they have not met as a collegial body; and number two, that the commisisoners are known for junkets abroad,”  said Roque.

The Palace official initially said in the news briefing that Duterte was set to “abolish” the PCUP.

Over an hour later, he texted reporters to correct his mistake, saying: “He will fire all commissioners of PCUP and not abolish. So sorry about that.”

He later sent an official erratum to the media.

“With sincerest regrets I would like to correct the statement I made on the Presidential Commission for the Urban Poor (PCUP) during this morning’s press briefing. It is to fire, and not to abolish the Commission,” Roque said.

He added: “The President said during the 84th anniversary celebration of the Department of Labor and Employment last December 8 that he would fire a commission. The commission he was referring to is the Presidential Commission for the Urban Poor.”

Roque could not give reporters any details about the “unnecessary junkets” or which PCUP officials were involved.

The PCUP, created during the administration of Corazon Aquino in 1986, is a commission under the Office of the President tasked with responding to issues on urban poverty such as demolitions, reclamation, and housing.

Asked if Ridon’s status as a member of the Left was one reason why Duterte wants to fire him, Roque said he “doubts it.”

The Palace official said Ridon was not notified by the President about his decision, and found out only when Roque told him about it.

The spokesman said Ridon “suspected” that Duterte was referring to the PCUP when he first announced he wants to “fire” an entire commission.

“This kind of work performance has no place in the Duterte administration. We reiterate we are serious about the drive against corruption,” said Duterte’s spokesman.

In a statement texted to Rappler, Ridon thanked the President for the “opportunity to serve the nation.” He also said he and the PCUP commissioners all served “with integrity and competence.”

“Junkets” or lavish foreign trips are apparently a pet peeve of the President’s as he has fired or has probed officials for them.

Former Dangerous Drugs Board chairman Dionisio Santiago’s foreign trips ridden with supposedly unnecessary expenses was among the complaints Duterte had been looking into when he decided to fire him.

Duterte himself has not been spared of controversy regarding his own trips abroad. A look at Malacañang records show he spent at least thrice more than his predecessors on his official travels abroad. – Rappler.com