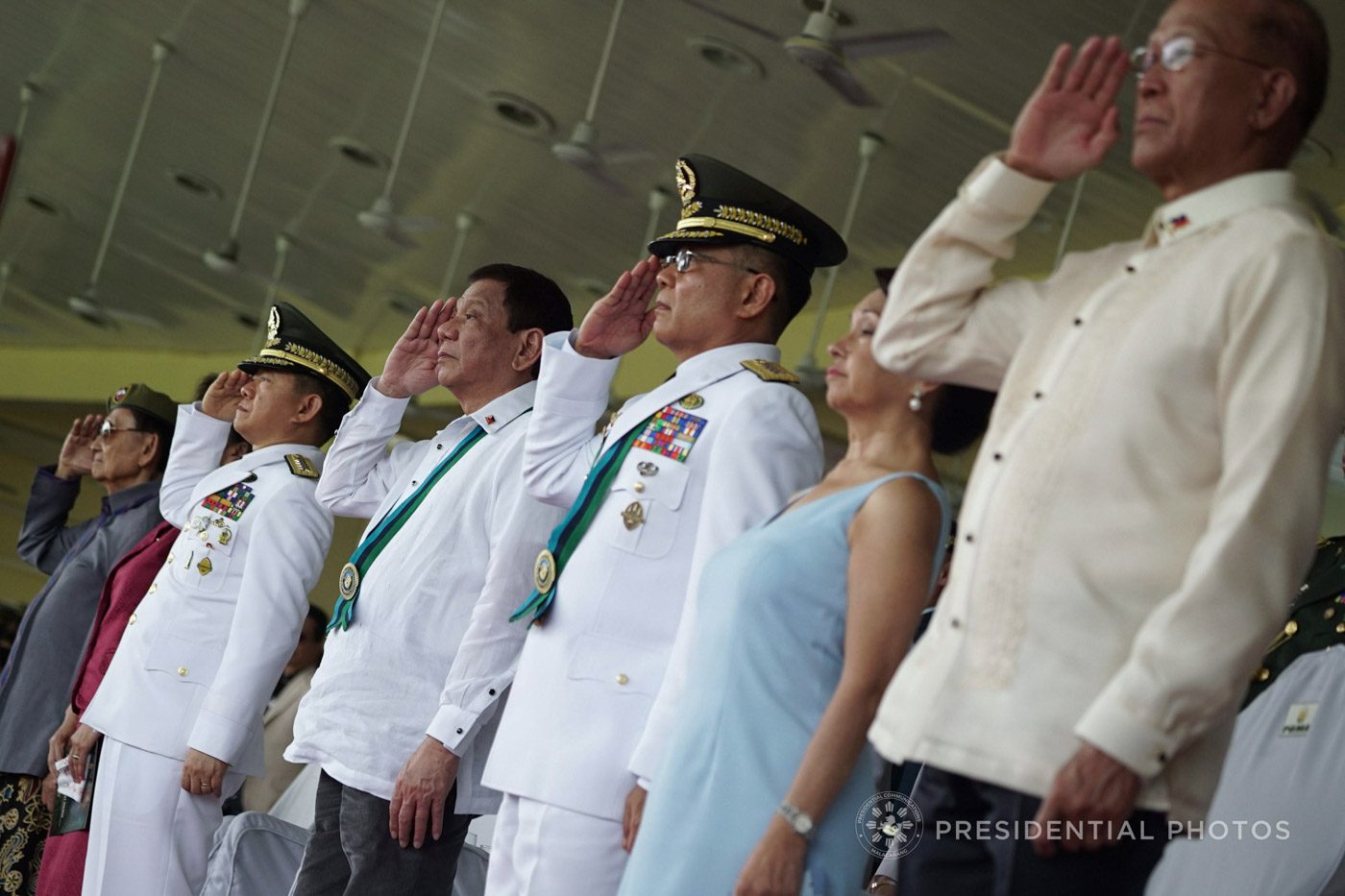 Facebook Twitter Copy URL
Copied
'We see no reason why Congress will not give its usual support to this initiative of the Chief Executive,' says Presidential Spokesperson Harry Roque

“We look forward to the support which has been given in the past by Congress,” Presidential Spokesperson Harry Roque said on Tuesday, December 12.

He was speaking a day before the Senate and House of Representatives hold a joint session on Duterte’s request.

Despite naysayers in both chambers, Roque insisted Duterte has sufficient basis for a martial law extension.

“We have factual basis for the declaration of martial law and we see no reason why Congress will not give its usual support to this initiative of the Chief Executive,” said Duterte’s spokesman.

Minority senators have decried any extension of martial law as a violation of the 1987 Constitution.

Senate Minority Leader Franklin Drilon had said that the military and police security assessment – that there are continuing threats posed by terror groups and communists – does not meet the requirements of the Constitution allowing the declaration of martial law.

“The Constitution requires the existence of actual rebellion or actual invasion,” said the veteran senator.

Duterte had cited the assessments made by the security forces as grounds for extending martial law.

Albay 1st District Representative Edcel Lagman also thinks Duterte lacks basis for his bid to extend the duration of military rule, saying the President has not convinced him that there is invasion or rebellion in Mindanao.

“Where is the actual invasion or actual rebellion in Mindanao? The Constitution provides that martial law can only be declared and its extension authorized in case of invasion or rebellion when public safety requires it,” said Lagman.

The lawmaker pointed out that the Marawi siege, the reason why Duterte declared martial law in the first place, is over.

Malacañang  urged critics to question the martial law extension before the Supreme Court, should Congress approve its request. – Rappler.com