Dela Rosa on calls to drop Tokhang term: ‘What’s in a name?’ 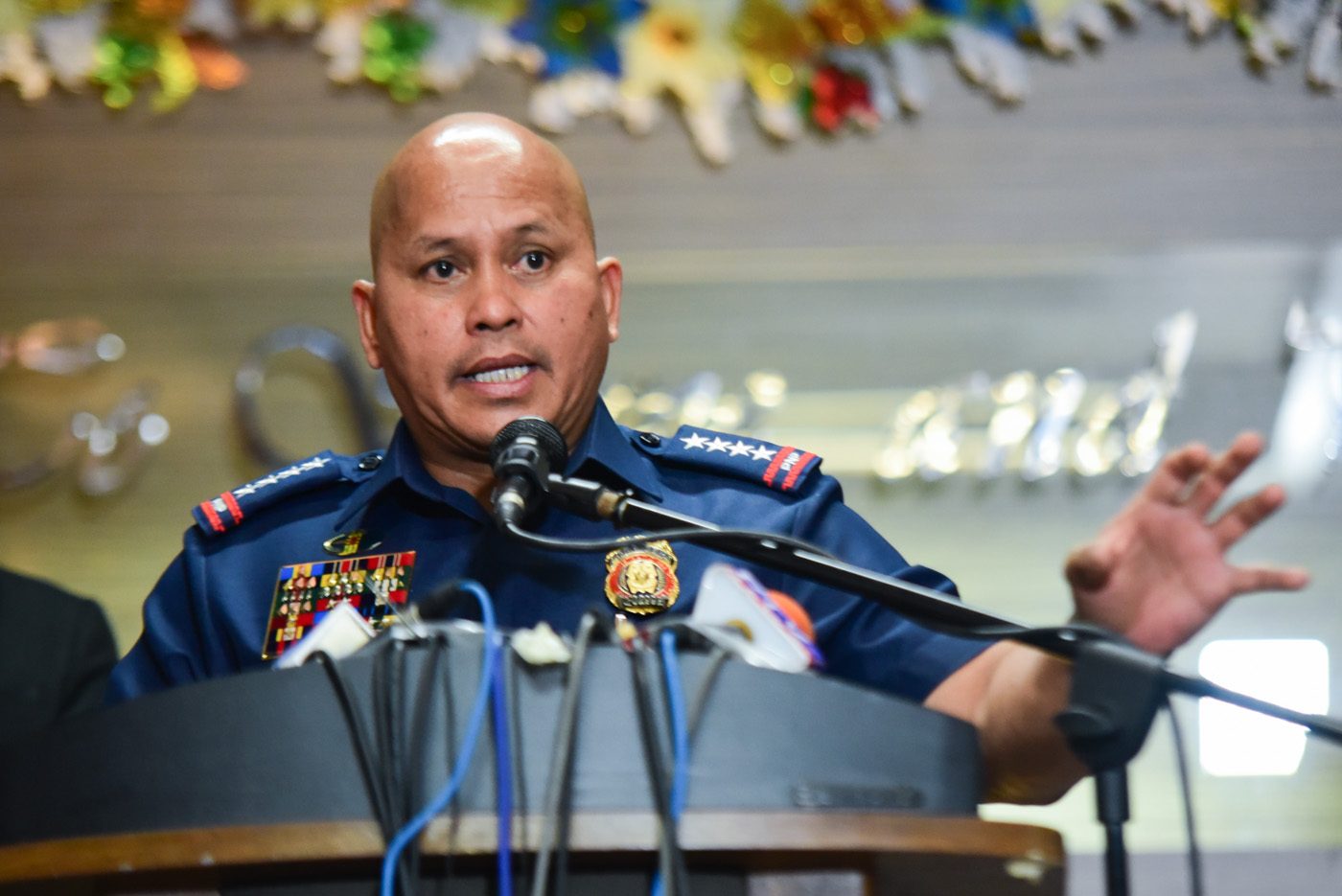 MANILA, Philippines – Philippine National Police chief Director General Ronald dela Rosa is lukewarm to calls to drop the use of the term “Tokhang” in the war on drugs.

Dela Rosa said in a news briefing on Tuesday, December 12, that while he would consider the suggestion of the Philippine Drug Enforcement Agency (PDEA), what matters in the end is the result.

“We’ll take in ‘yung kanyang (his) suggestion, but what’s in a name? What is important is the result, anong nangyari sa kampanya mo (the results of in your campaign). Wala iyan sa pangalan (It’s not in the name),” the PNP chief said.

PDEA chief Director General Aaron Aquino had made the suggestion as “Tokhang” has become synonymous “to kill.”

At the outset, PNP promoted Oplan Tokhang as a knock and plead operation where police would knock on the door of a drug suspect and “plead” with him to surrender. In some cases, however, the suspect would end up dead for allegedly fighting back. (READ: In the PH drug war, it’s likely EJK when…)

Dela Rosa added that even if the PNP decides to drop the label, critics would still find ways to attack the campaign.

Dela Rosa said he wished that the PNP’s return to the drug war would yield less bloody results.

Aquino and Dela Rosa’s exchange comes at a time when the PNP is crafting new rules to their drug war, after President Rodrigo Duterte reminded the agencies that PDEA should “lead” the charge in his key campaign. – Rappler.com