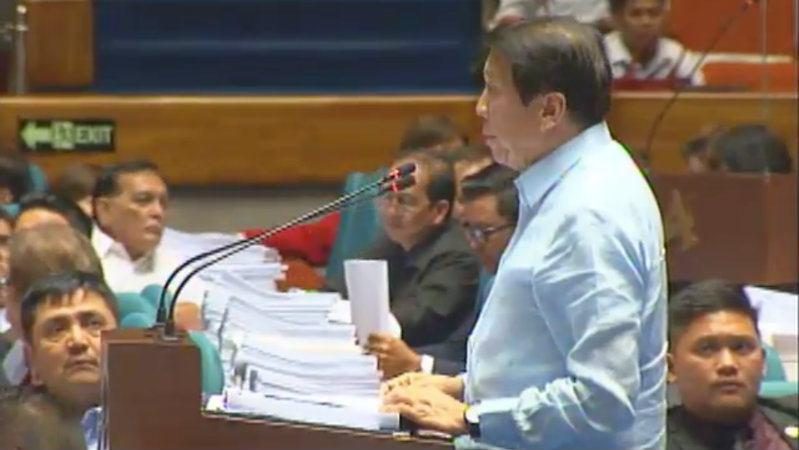 MANILA, Philippines – A few days before going on a month-long break, Congress on Tuesday, December 12, ratified the P3.767-trillion national budget for 2018, after a little over two weeks of bicameral discussions.

During their respective sessions, the Senate and the House panels ratified the budget early Tuesday evening, following adjustments and compromises from both chambers.

Among the most contentious provisions in the budget was the difference between the Department of Public Works and Highways (DPWH) budget of the Senate and the House. Senator Panfilo Lacson initially had more than P50 billion slashed from the DPWH budget, citing right-of-way issues. Legislators from both chambers opposed this.

According to Senator Loren Legarda, chairperson of the Senate finance committee, the P50.7 billion was restored to the department. The DPWH, which is headed by former Las Piñas Representative Mark Villar, was given an additional P11 billion despite right-of-way issues.

When the bicam report was taken up at the Senate on Tuesday, Lacson asked Legarda to provide a breakdown of the DPWH projects to be funded by the additional P11 billion. Legarda said these were not lump sum amounts and assured her fellow senator that she would provide the breakdown by next week.

“It will be submitted to him and will be broken [down] line by line. It’s not a lump sum amount. Before the break, we will submit. For full transparency, it’s a line by line breakdown, just so the body knows,” said Legarda.

The bicameral conference committee also agreed to scrap the P500 million originally intended for the government’s Masa Masid program, the anti-drug campaign of the Department of the Interior and Local Government.

The P900 million originally intended for Oplan Double Barrel, or the war on drugs of the Philippine National Police (PNP), was scrapped and reallocated for the housing of police and soldiers, as earlier proposed by Senate Minority Leader Franklin Drilon.

Nograles highlighted the following allocations in the 2018 budget:

President Rodrigo Duterte is set to sign the budget into law on December 19. – Rappler.com